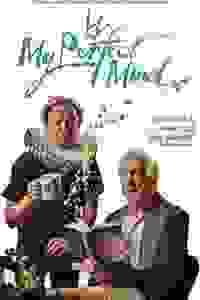 Produced by the Young Vic and part of 59E59's "Brits Off Broadway" Festival, 'My Perfect Mind' follows actor Edward Petherbridge, who, cast as King Lear, suffers a stroke in rehearsal that leaves him barely able to move.

As he struggles to recover Edward makes a discovery: the entire role of Lear still exists word for word in his mind. From being on the brink of playing one of Shakespeare's most revered roles, to lying in a hospital bed surrounded by doctors, Edward never imagined what tragedies and comedies lie in store for him. Originally produced in Britain by the Young Vic, this production is part of 59E59's "Brits Off-Broadway" Festival.

See it if you enjoy British clowning; some gags are very broad. I preferred Shakepearean parts. Lots of confusing switches. Inspiring story of rehab.

Don't see it if you want a coherent plotline. MPM had come highly recommended, but I found it disappointing. Enjoyable, but not enlightening. Read more

"Having a stroke is like going to a carnival in 'My Perfect Mind,' the deceptively jolly account of a traumatic chapter in the life of the actor Edward Petherbridge...There’s cathartic method within the music-hall madness. 'My Perfect Mind' uses the stuff of slapstick to raise and wrestle with a terror that lurks in us all...Mr. Petherbridge does what actors have always done, turning handicaps into weapons to conquer an audience."
Read more

"'My Perfect Mind' gets its zing from its insouciant attitude to the lead actor's stroke; it gets its literary scope from frequent flights into Shakespeare's play, the text itself an antidote to frailty. It's that rare thing, a play about the terrors to come that somehow operates on a delightful level. Like Lear's own Fool, it makes us laugh at the storm."
Read more

"Petherbridge's extraordinary performance is reason enough to flock to the theater, but the autobiographical nature of the story, together with a ridiculously funny performance by his costar, Paul Hunter, adds a fascinating dimension to this quite literally off-kilter story...With all its twists, turns, and contortions, 'My Perfect Mind' is a delightfully entertaining brainteaser."
Read more

"Witty, wild, wonderful and thoroughly entertaining, this expertly crafted play is a must-see for audiences...This is a comedy with serious undertones...While there are moments of complete absurdity, 'My Perfect Mind' is also a thoughtful, poignant story that you will remember long after Petheridge and Hunter take their final bows."
Read more

"'My Perfect Mind' is an exceptionally tricky entertainment, an evening of show business comedy that insinuates by degrees its message of endurance and survival, leaving one surprised to be so moved. Its story is of man's encounter with mortality, but every second of it teems with laughter and life."
Read more

"The pair cavorts through the play that is part autobiography and part zany romp, interspersed with short scenes from 'King Lear.' These scenes are performed with such eloquence that even if you’ve forsworn seeing yet another production of Shakespeare’s masterpiece, you will happily stand in line for tickets should Mr. Petherbridge take on the role in earnest. But for now, there is this joyous marvel of a work. The Inca lament for the dead sun god Atahualpa alone is worth the price of admission."
Read more

"Esteemed actors Edward Petherbridge and Paul Hunter blow the roof off the house with their whirlwind of talent and humor... There were times where I lost track of what was going on, but with their pacing and ease of communication it is clear there is a purpose to each and every component. As a result, my occasional confusion didn't detract from the entertainment value or deeper meanings they convey. "
Read more

"'My Perfect Mind' is no tragedy but gloriously irreverent and immense fun to watch. It combines a medley of set pieces from 'Lear,' theatrical shoptalk, and nuggets of Petherbridge's own incredible theater journey...This two-hander is a must-see for Shakespeare enthusiasts."
Read more