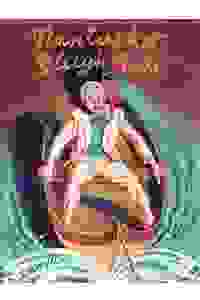 John Guare and director Jerry Zaks return to LCT, where their critically acclaimed "The House of Blue Leaves" and "Six Degrees of Separation" premiered, with a new comic drama starring John Larroquette.

In his attempts to recover a memory of an event that happened on that ‘far away island’ 35 years before, "Nantucket Sleigh Ride" plunges a New York playwright-turned- venture capitalist (John Larroquette) into a whirlpool of a giant lobster, Roman Polanski, a pornography ring, Walt Disney, a murder, stranded children, and Jorge Luis Borges, with the most unexpected results.

See it if you like to laugh. The absurd plot keeps revolving into unexpectedly ludicrous directions.

Don't see it if you need to fully understand everything moment by moment. This is sort of a mystery that evolves as the answers are tracked down.

See it if you like Larroquette's nonchalant acting style or Zaks' manic, madcap direction, both of whom work hard to save Guare's pointless comedy.

Don't see it if you hope for a consequential (and coherent) new play from Guare, who instead delivers a trivial, trite & tangled absurdist farce.

71
If you'd like a weird but disorganized ride, climb on; otherwise ...

Don't see it if slight & cartoonish; jumps from 1 fatuous story to another, if u don't get it, join the crowd (see below) Read more

See it if you enjoy a puzzle you can't solve. Very good acting and staging, witty dialogue but confusing storyline..

Don't see it if you like a straightforward plot and a story you can follow. Read more

See it if You are a John Guare fan

Don't see it if You want a really sharp satire.

See it if You want to see a very well acted play with a clever set.

Don't see it if You’re not looking for something cute and kind of adorable. There’s not a lot of meat to this one Read more

See it if You'd enjoy a well-acted "tale of the absurd" with many sight gags (huge lobster, pants have a spill on them, etc).

Don't see it if You want a more serious drama. Time goes fast at 1 hour 50 minutes including intermission.

See it if If you loved House of Blue Leaves this is your kind of play ! The main character is a playwright named Gowery, similar to Guare ! It’s zany

Don't see it if You don’t care for drama unless everything makes sense and fits neatly into an obvious form. To enjoy this you have to let go of preconcepts

"A play that begins with a puzzle and willfully remains one...Despite some heavy pruning and reshaping since it was first produced at the McCarter Theater in 2012, it remains, in Jerry Zaks’s zippy, overbright staging for Lincoln Center Theater, both hermitic and hermetic: obscure and airless. That’s not a great environment for audiences — or actors — to thrive in...Still, you may get a shiver of the dark anxiety hiding in the writing as a ghost hides in a child’s crowded closet."
Read more

"Guare certainly hasn't lost his talent for crafting funny dialogue, although the evening's many jokes about pedophilia seem ill-advised these days...Zaks remains perfectly in tune with Guare's sensibilities, delivering a precisely calibrated staging that mines the work for all its humor...It's too bad, then, that the efforts of the hard-working performers and other creatives have been put in service of a trivial play that doesn't deserve them."
Read more

"Despite a smart production director by Jerry Zaks and played to the professional hilt here by a company of game actors, the point of this absurdist farce is maddeningly elusive...Larroquette has perfected a droll, deadpan delivery that suits Guare’s under-the-radar brand of humor...But by the time Guare gets to the giant lobster (don’t ask) he seems to have run out of imagination — or the inclination to round up his disjointed memories and wrestle them into a coherent plot."
Read more

“It’s the first full-scale play that Guare has written in some time...Not to worry, though: ‘Nantucket Sleigh Ride’ is as good as anything he’s given us. Indeed, it strikes me on first viewing that he might possibly have produced a bona fide old-age masterpiece, one in which the zest of youth is enriched by long experience and profound comprehension. I laughed at its wild plot twists—but I also watched the last scene through tears.”
Read more

"Larroquette commands the stage with charm, nonchalance, and a subtle amount of ego that somehow buoys his likability...Director Jerry Zaks attempts to sharpen the play's edges with high camp and bombastic humor that only occasionally lands with the comedic impact it's aiming for...If you hold on long enough, you might pick up a few thought-provoking ideas that are applicable to the non-playwrights that roam among us. Sadly, I jumped ship before."
Read more

“In his absurdist romp,’Nantucket Sleigh Romp', playwright Guare, throws plenty of madness his ways...The playwright's newest harkens back to the unpredictably eccentric zaniness of his earlier 'The House of Blue Leaves'...Guare's wit and imagination is certainly attention-grabbing, and comedy master Zaks is working with a terrific ensemble that dives right in. If the parts don't appear to amount to anything substantial, well, this one's more about the ride than the destination.”
Read more

"It's what you write when you don't know what to write...Jerry Zaks' direction earns several substantial laughs as the sliding doors on the triple-tier upstage wall of David Gallo's set reveal yet another eccentric intruder intent on driving Mundie away from his work...'Nantucket Sleigh Ride' is really a kind of carryall containing a load of stray plot devices that Guare has strenuously, but unsuccessfully, attempted to arrange into a coherent and amusing pattern."
Read more

"Less a deep dive into terra incognita than it is a quite funny and surprisingly heartwarming memory play...Happily, director Jerry Zaks also does a wonderful job of keeping the entire enterprise floating on air as the story unfolds farce-like on David Gallo's set...If you allow the plot to unravel of its own accord, you'll find that the ride is fast and fun and tenderhearted without triggering any sort of mental whiplash."
Read more