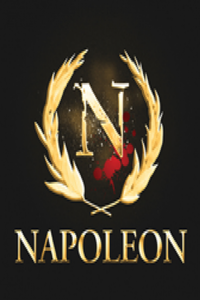 Part of the New York Musical Theatre Festival, this new version of the 1994 musical reimagines the original as a behind-the-scenes political drama that chronicles the rise of Napoleon - and those who orchestrated it.

There are icons, and there are those who help make them. Talleyrand is a master politician operating in the shadows. He thinks he can manage Napoleon, whom he’s grooming for greatness. But there’s one thing Talleyrand can't control – Napoleon's obsession with Josephine. In the battle to come, two of the three will be known forever. One will emerge as the devil incarnate.

See it if You like seeing little-known historical figures come alive in musicals, you like an epic-sounding score with lots of drums.

Don't see it if History bores you; repeat use of drums gives you feelings of boredom rather than epicness, you didn't like "The Pirate Queen"

See it if want the plot from Evita mixed with music from Les Mis. Its a terrifically composed and engaging show about the life and passion of Napoleon

Don't see it if you have a hard time with shows that jump around in time, or if you want a family show. Its very dark and has lots of mature themes.