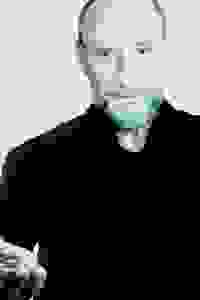 Classic Stage Company presents a play about a wise Jewish merchant (F. Murray Abraham) who tries to bridge the gaps between Judaism, Islam, and Christianity in 12th century Jerusalem.

Muslims, Christians, and Jews live side-by-side in Jerusalem, 1192, but their fragile truce could collapse at any moment. As the tension mounts, the ruling Sultan poses a loaded question: 'Which religion is the one most beloved by God?' Nathan, a pious Jewish merchant, is charged with answering this query in order to secure the continued safety of his people. Oscar winner F. Murray Abraham plays Nathan the Wise, perhaps the greatest Jewish character in all of Western dramatic literature next to Shylock.

See it if You'd like an 18th century work facing the religious conflict in the Middle East with humor, warmth & suspense led by For. Murray Abraham

See it if Caught it last night but alas ,today is the last performance, Great acting by entire cast esp.. F. Murray Abraham , An oldie for our times.

Don't see it if continued from the positive... great set by the "almost in the round: CSC. Actors are super with speaking to the 3 sides of the audience.

See it if you want to see a rarely-performed 18th century play that pleads for religious tolerance.

See it if You enjoy a good cast taking on some classic writing, translated for contemporary audiences.

Don't see it if you have trouble sitting through a SLOOOOOOOOOOW first act,

See it if Good story line

Don't see it if you like violence and gritty realism.

See it if You'd enjoy a well-acted, no frills piece about differing religions under sultan's rule. The unraveling of ancestral trees ends happily.

Don't see it if You do not like shows with religious themes.

See it if You appreciate masterful F. Murray Abraham inhabiting a role and telling a story. All the actors are credible and the last part very moving.

Don't see it if You can't tolerate a very slow first act that sets the dynamics in motion. Lots of talking vs action.

"Do not give up too early on 'Nathan the Wise'...Beginning with the piercing parable that opens the second act, the play grows increasingly engrossing...The staging, by Brian Kulick, doesn’t necessarily help...The cast is mostly good, with Mr. Abraham giving another quietly intense performance...The play is both a thoughtful (if sometimes preachy) exploration of mankind’s seeming inability to shed itself of culturally embedded prejudices, and a savory drama about orphaned children."
Read more

"Thoughtful and sincere, it combines a dramaturg’s love of theater history with a yen to connect today’s headlines to yesterday’s footnotes...If this sounds a tad academic, perhaps it is...But the play is gently engaging on its own terms. The marvelous F. Murray Abraham brings worldly wit to his early scenes and Biblical fire to his harrowing climactic monologue...Once again, Kulick has applied a judicious highlighter to a worthy text, and the result is a virtuous envoi."
Read more

"'Nathan the Wise' offers Abraham an opportunity to chill or, more aptly, to warm up some, in a production that with one exception treats the play as a fine romance and not merely some fairy tale...The play is beautifully orchestrated, the characters all in balance even as they look great in Abraham’s glow...The one overstep is the photorealist drop covering the entire back wall, of an obviously Middle-Eastern city in ruins."
Read more

"The story boasts timeless urgency, but sags under a convoluted plot. Brian Kulick’s spare, well-acted revival plays up the strengths. In 1192 Jerusalem, a trio of cultures live in fragile harmony...The play unravels as ancestral secrets emerge, tricky family trees are shaken and mistaken identities revealed. The ending feels dashed off. Despite the play’s flaws, the cast is uniformly fine. Oscar winner Abraham is wry, fiery and smart as Nathan the Wise."
Read more

"Kulick’s bare and unexciting production doesn’t make a strong case for the German play, which mostly resembles an antiquated comedy full of slow exposition and surprise revelations. Kulick tries to allude to the contemporary Middle East via a massive image of a bombed-out village. Abraham appears in a jovial mood, full of good humor. Sands gives a one-dimensional performance that is far too aggressive in tone."
Read more

"This excellent and earnest production highlights just how radical the play's message of religious tolerance was for its time...Classic Stage makes a good argument for the play's continuing relevance...Kulick first introduces us to the actors out of character, suggesting that this performance actually takes place in the Holy Land of 2016. This approach actually complements Lessing's drama...'Nathan the Wise' is as germane to the Jerusalem of 2016 as it is to the one of 1192."
Read more

"German philosopher Gotthold Ephraim Lessing's 1779 entry does play a bit like theatre for young audiences in Classic Stage Company's new mounting directed by the theatre's soon-departing artistic director Brian Kulick...Kulick's production draws obvious parallels between yesterday and today, but while pleasant, sweet and well-acted, there's little in 'Nathan the Wise' to stimulate interest, aside from its value as a theatrical artifact."
Read more

"Brian Kulick's production tries various tactics to make the action more relevant...Oddly, these touches only tend to underline the overall toothlessness of Lessing's script...The play -- well-spoken and infused with sweet reason -- is barely a play at all, and, furthermore, it dwells in an ivory tower, having little of relevance to say about the religious conflicts that continue to confound civilization. It tries to offer resolution without first showing the conflict."
Read more