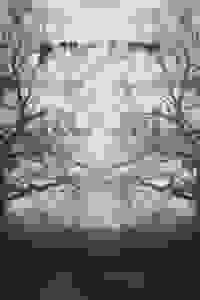 Night is a Room NYC Reviews and Tickets

A world premiere production from Signature's Residency One playwright Naomi Wallace, 'Night is a Room' explores the power of love to ruin and remake our lives.

Liana and Marcus have an enviable life and marriage. Both are successful, enjoying the fruits of their labors and basking in each other's love. When Doré, a working class woman whose life has not been as charmed, comes into Liana and Marcus' lives, things suddenly turn upside down. Doré has grown accustomed to an isolated existence in her modest flat in her working class neighborhood. After a surprise reunion on Marcus’s 40th birthday, all three of their worlds are shattered by an unexpected turn of events.

See it if you think role of theater is to provoke - even shock - audience and enjoy seeing two leading actresses acting up a storm.

Don't see it if you don't like seeing play where audience laughs in inappropriate places as nervous response to audacious premise.

See it if you don't mind disturbing familial themes.

Don't see it if you mind disturbing familial themes.

"Contemporary realism predominates in Bill Rauch’s impeccably designed production...The play’s hints of the fantastical don’t quite read. There is something a little bloodless and cerebral here, too: an intellectual experiment beneath the stormy passion. So there is much to be grateful for in the excellent casting...The oddest, least satisfying thing about 'Night Is a Room' is its conclusion, which wraps things up far too neatly."
Read more

"The writer addresses a subject that seems positively bourgeois...'Night is a Room' faintly recalls Albee and Pinter’s cryptic, psychosexual puzzles, but Wallace carves out her own territory with rich, daring (if too often bathetic) language. Desire, genetic destiny and the destructive force of love are the topics here, ones that transcend class."
Read more

"'Night Is a Room' feels a lot like ersatz Albee— but without Albee’s stinging language or his biting cerebral assault on the moral standards of our smugly liberal society...Wallace writes with a kind of ecstatic lyricism, a love song to the sound of her own poetic voice. But while the individual images can be beautiful, the age-old conflict between mother and wife is reduced to a single blunt and literal metaphor."
Read more

"Even with long swaths of beautiful writing mixed in amid the inescapable pulpiness, 'Night Is a Room' doesn't really accomplish as much as it wants, nor does it feel particularly substantial...The second act wraps the piece up with too neat a bow for all the messiness that has transpired...Still, it's consistently entertaining, thanks to mordantly funny dialogue and a pair of stunning performances from Dominczyk and Dowd."
Read more

"While a deeper play that treats the subject with sensitivity could be effective, 'Night is a Room' is so heavy-handedly written and loaded with bombastically dramatic situations that at this past Saturday's matinee a great deal of the audience was laughing out loud during scenes that were surely meant to be taken seriously...The fact that director Bill Rauch's cast is so good, and so honestly committed to the material, only makes the script's clunkiness more apparent."
Read more

"It is tautly constructed, rooted in a highly dramatic situation...And it is a first-class, 100% Grade A lulu...Wallace hasn't done a thing to make it even mildly believable. Having taken on this dubious case study, the director, Bill Rauch, does more with it than one imagines possible, aided by a cast that deserves much better...It seems rooted in theories that don't exist outside the playwright's mind, resulting in a work that feels willfully contrived."
Read more

"The combination of all the elements help ensure that 'Night Is a Room' will be one of the year's most talked-about plays...Wallace is subverting our expectations and tolerances, daring us to question and judge people who are being forced to endure unimaginable horrors...Because 'Night Is a Room' gives us so much to chew on, the easy-to-swallow ending is imbued with a bitter aftertaste that stops just short of ruining the five-course dinner that precedes it."
Read more

"Wallace…has a great ear for dialogue and has crafted a vivid picture of the lives of the two very different women...I would tighten up the introduction or change the pacing. But as the play progresses, Rauch expertly guides the later intimacies and blow ups so that they crackle with energy and no moment seems extraneous. If you’re looking for a play with unpredictable twists and outstanding acting, you’ll be rewarded with a deft portrait of ruin and renewal."
Read more

"'In Night is a Room,' playwright Naomi Wallace has accomplished that most difficult of tasks: she has written a story that is entirely new...Director Rauch demonstrates a mastery of working with powerful material, shepherding its varied elements with assured simplicity. He guides the arc of the narrative allowing it to dance on the verge of chaos...'Night is a Room' is thought-provoking, gripping drama. You are caught between Can’t. Watch. and Must. Look., but resistance is futile."
Read more

"It’s hard for an entirely domestic drama to genuinely shock an audience in 2015...Wallace, director Bill Rauch, and stunning performances pull it off…The play’s second act doesn’t live up to the first; once the relationships are reconfigured, Wallace doesn’t quite know where to go with them...Still, its investigation into the ways in which love can utterly remake us, and our own hearts can confound us, is unsettling, emotionally raw, and finally poignant."
Read more

"The acting starts out so fine and nuanced that one feels excited and even comforted by the promise of an assured theatrical journey…Naomi Wallace devotes the first hour of her play to the set-up, and then the shock, letting the audience absorb what’s happened in a long, well-done dramatic scene. But after that, the playwright doesn’t seem to know where to go. The characters’ reactions are one-note; the remaining plot is uninteresting and pointlessly prolonged."
Read more

."One could argue that the playwright has done more to sensationalize the matter than to treat it believably, and that the problem is exacerbated by the casting...Whatever one takes away from its provocative material, the production is held together by the compelling performance of Ms. Dowd, whose ability to mingle multiple shadings of wariness and bashfulness with determination and strength creates an intriguing sense of mystery."
Read more

"After the big 'reveal' which I will not give away here, what follows seems anti-climactic. The final scene spins its wheels and ends unconvincingly. The production is better than the material. All three actors, particularly the women, are excellent. Rachel Hauck’s set design is simple but evocative. Clint Ramos’s costumes are well-chosen. Bill Rauch’s direction is confident. If only the play did not peak too early and then go on too long, it would have been a more satisfying experience."
Read more

"Do you have to understand a show in order to like it? I've been asking myself that question since seeing 'Night is a Room'… Aided by the supple direction of Bill Rauch, the actors in this odd triangle are excellent...Despite their impressive work, I'm still not sure what to make of the developments that unspool from Doré's surprise. Much of what follows is melodramatic and some of it borders on the grotesque. But Wallace clearly wants to draw a kind of visceral reaction from her audience."
Read more

"Wallace's strangely overwrought play forces the viewer to wonder why exactly we are so obsessed with the question of kinship...Wallace also makes you wonder how much new there really is to say on the subject...After a while, 'Night Is a Room' becomes a prolonged exercise in abjection...Wallace's insistence on testing the taboos in spousal and filial relationships eventually begins to feel oddly normative: an exaggerated wallowing that makes us long for the way things always were."
Read more

"While the actors do the best with the material, Dore and Marcus lack the three-dimensional depth that makes Liana such a fascinating character...The first act breezes by as emotional gut punch meets emotional gut punch...While 'Night Is A Room' boasts a strong performances from its three leads and a top notch set, the second act’s lack of direction muddles it in shock value rather than meaningful narrative and character development."
Read more

"The trio of actors take their roles seriously and as far as publicly acceptable. They are shamelessly intimate, both at a distance and when at each other’s throat. Yet there is a chill throughout this production. Perhaps those opening scene balloons let us know too soon and too clearly that this world will be blown up and apart, or perhaps the yuck factor of the catalyst elicits giggles as a cover for not knowing how or for whom to care."
Read more