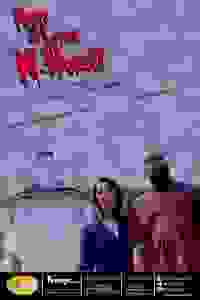 NIGHT OF THE LIVING N-WORD!! (FringeNYC) NYC Reviews and Tickets

Part of FringeNYC: There's nothing scarier than a white woman bent on saving a race! When guests at Channing's party go missing, Barbra holds the key. A slasher-comedy with a bloody point. You can bury the N-Word; can you make it DIE?!

FROM THE ARTIST:
NIGHT OF THE LIVING N-WORD!! is a socially-relevant comedy with a sharp point. The play, a parody of the horror movies “Night of the Living Dead” and “April Fool’s Day”, contributes to the conversation happening in and around black theater and the #BlackLivesMatter movement about blackness under the white gaze.

See it if fan of free speech, horror films, improv, or hybrid genres, excellent performances from a cast up to the challenge, great use of language

"Directed by Nicole A. Watson, the play is about a freighted term that refuses to die, and the racial and generational divides in the argument over whether it should, and who has the right to decide that. That’s a lot of weight to put on a show that wants to entertain, and the tonally uneven production often feels like a too-loose patchwork of sketches. The cast is good, though, and there are belly laughs in this story of a family…But there’s also an inescapable whiff of sexism."
Read more

"Free masterfully takes on America’s original sin of racism in this genre-bending, entertaining tragicomedy...Free casts a satirical eye on our tendency to focus on language and microaggressions in the face of enduring racism, police brutality and violence...Although the play’s antic twists and reversals can leave one a little dizzy, Free knows exactly what he’s doing. The eloquence of his writing, the complexity of his plotting and his engagement with serious issues resonate into the night."
Read more

“What could have been merely a comedic sketch has instead been developed into a full-fledged antic play...Mr. Free’s well-constructed and startling work combines the outrageous sensibilities of John Waters’ films with the social consciousness of Norman Lear’s television sitcoms...Director Nicole A. Watson’s exuberant staging is fast-paced, realizes the depth of the characters, and visually creates a small-scale spectacle with often striking imagery.”
Read more

"Multiple forms result in confusing the audience about the very resonant ideas that Free seems to want to address...At its heart, Night of the Living N-Word!! takes a stab (pun intended) at tackling these ideas but the overall effect gets overwhelmed by the various styles the script and Nicole A. Watson’s direction employs...I do appreciate Free’s endeavor in allowing his audiences an opportunity to continue this vital conversation."
Read more

"A cartoonish, cleverly convoluted and uncomfortable comedy…Free wants to make us laugh. In this he succeeds, helped along by a production, directed by Nicole A. Watson, that brings out the humor in actor and inanimate object alike…Free also wants to keep us surprised…Finally, Free wants to make a serious statement about the complex and contradictory attitudes about race in America. He in effect asks us to consider why black and white Americans view that one word so differently."
Read more

"With comical twist after comical twist, some more ridiculous than the last, 'Night of the Living N-Word' is a tour-de-force comedy with a biting commentary. Free has the ability to entertain while informing...Free runs into a bit of trouble. He starts off setting the pace as a laugh-a-minute comedy but when the jokes disappear, the momentum drops...If you’re someone who likes to laugh at society, you’ll certainly enjoy 'Night.' It will likely make you uncomfortable. And that’s the point."
Read more