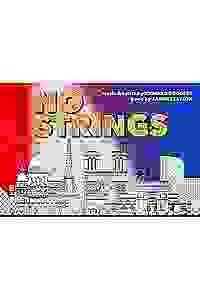 No Strings NYC Reviews and Tickets

The only Richard Rodgers Broadway musical for which he wrote both music and lyrics offers a story about the allure of Paris and its seductive embrace.

A successful high-fashion model from Harlem meets and falls in love with an American writer who has made Paris his home. Convinced that their love only needs one another to survive, they embark on a romantic adventure through Europe, clinging to the City of Lights as the harsh reality of America threatens their union. Songs include: “The Sweetest Sounds,” “No Strings,” and “Nobody Told Me.”

See it if you want to spend 2 hours in the theatre in order to hear one good song and its reprise.Cast was WAY too large for the small set.Good choreo

Don't see it if you are looking for anything other than a college or community production.Acting was uneven, with a few good performances.Good costumes.

See it if you want to see a Rodgers' show for which he also wrote lyrics. This may be your last chance to catch this one.

Don't see it if you want an enjoyable night out, or if you have no interest in Rodgers or Broadway in the 60s. Read more

See it if you enjoy a top-notch production of an historic if problematic show. Very well-staged that reflects the style of the original.

Don't see it if You prefer "revivals" that fight against the intent of the creators.

See it if you didn't see the original nor the 2003 Encores revival.

Don't see it if you are hoping to see an obscure musical theater gem emerge. Read more

See it if you want to see an almost never produced Richard Rodgers show and like to pay top prices for amateur productions.

Don't see it if you like quality theatre. Read more

"While 'No Strings,' set in the Paris world of high fashion and the French watering holes of the very rich, would need a much more lavish staging to do it justice, Deidre Goodwin's production does have its charms though the show's book...seems particularly thin by today's standards."
Read more