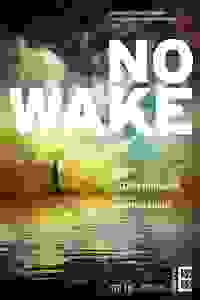 Route 66 Theatre Company & Bella Vita Entertainment present a drama about the grieving process and the unexpected consequences it can bring. More…

Nolan and Rebecca have moved on since their divorce—she to a new husband and he to a series of failed relationships. However, when a tragedy brings them back together, they're forced to navigate a web of grief and guilt that leads to tears, laughter, and, ultimately, hope.

See it if You want to watch 3 terrific actors as they unburden their hearts + souls in a new drama about unexpected consequences of coping wi grief.

Don't see it if You can't deal with deep emotions sometimes expressed through physical fighting. The subject of grief is not one you want to see staged.

See it if you like shows about relationships.The acting was quite good. Writing was excellent.Interesting story of a love triangle at a funeral.

Don't see it if you want all the bells and whistles.The set is very good.Makes good use of a small black box space.I found characters & situation believable

See it if Even given that the dialogue is supposed to be awkward, you can be engaged by conversation which never rings true.

Don't see it if In a play which deals with death and grieving, you would hope to be able to suspend disbelief, and engage with the characters as real people

See it if You're looking for an interesting play at a theater with high production values.

Don't see it if You're bothered by uneven acting and an overly talky play.

See it if You like exploring dynamics of relationships and mourning.

Don't see it if You need a satisfying ending. It's a tad disappointing that the ending comes without much closure

See it if Enjoy stories of dysfunctional families played out with dialogue.that doesn't quite land especially the funnier lines. Decent acting.

See it if You've been questioning marriage/want to see adults struggle with their relationships.

Don't see it if You want to see genuine acting - it was a little manufactured.

See it if You want to see a divorced couple and the ex-wife's new husband struggle to deal with a family tragedy.

Don't see it if It would pain you to watch a divorced couple attempt to deal with the suicide of their (mentally ill?) adult child, plus marital infidelity.

Also The actor who played Edward was the best of the three performers. Roger was a cartoonish figure. The actress who played Rebecca was too controlled. She did not ring true.... Read more Read less

See it if you like absorbing characters giving a moving take on a relatable topic.

Don't see it if you prefer the glitz of broadway.

See it if You have a high boredom threshold, since the first half was excruciatingly slow and tedious.

Don't see it if You have a low boredom threshold, since the first half was excruciatingly slow and tedious.

Also In all fairness, the play became more compelling during the second half (as an aside, there's no intermission).... Read more Read less

See it if You love plays about the idea go greaving.

Don't see it if You want to be just entertain

See it if This three-character drama is original; it's a show without fireworks but keeps you interested

Don't see it if You need more excitement on stage; this can be slow in part

Don't see it if you're looking for a well-crafted script.

Don't see it if you think you will hear a great tragedy unearth buried feelings & brings people closer. This has insultingly little to do with the tragedy

Also Tovar is great and always heartfelt despite the paucity of material for him to emote. Ransom too is great to watch. Small on the other hand is dry and calculating. Most of the fault lies in the writing. It uses a life-altering tragedy to explore these 2 people's feelings for each other, whilst completely ignoring the tragedy itself. This woman is either made of ice or a sociopath. It's a slap in the face of anyone who has ever gone through an event like that. IT would have been a much better play if the cause of their coming together had been the selling and partition of some piece of property.... Read more Read less

See it if It's an interesting subject and Tovar is giving a good performance. Parents who have lost children might feel connected to the material.

Don't see it if I was interested in what was happening most of the time but It didn't leave an impact, good or bad.

See it if You want to see a great example of a show that’s done really well. Well written, acted and staged. It just doesn’t seem to have a real end.

Don't see it if If you like your stories all wrapped up and delivered for you. This one leaves you with a lot of questions.

Don't see it if You are looking for a complex drama with lots of fireworks. This is a very simple plot

Also The writing was great. This play is extremely believable. I really enjoy good plays about bad people. All three of these characters are bad people and very pathetic and that is what I love about it. The two gentlemen actors were both phenomenal. The woman was not on their level so some of her scenes were a bit unbalanced. They made great use of a small space... Read more Read less

See it if A story about the aftermath of grief that oddly evinces little of the emotion. What ensues is possible, but I didn't buy it. A rather hot-

Don't see it if headed response to tragedy seems unlikely given the characters' pasts but if that what the playwright intended you be the judge!

See it if You want writing that feels "real." Flow of the dialogue is great.

Don't see it if I can't think of anything. I guess if you don't like small theatres, don't go.

Also One of the few shows that I felt treated the material (a death) in an honest way. The way the interactions flowed between the 3 characters felt easy, not forced. I loved that there were some spots of humor mixed in with more serious/difficult moments. This is what I experienced when my uncle died, so I can relate.... Read more Read less

See it if You like small intimate theater about serious themes. A bittersweet story about relationships

See it if Ambitious subject of relationships; not well developed. The tragedy is masked by comic dialog.

Don't see it if You have a close one suffering of mental illness.

Also The play is unconvincing when it shows how the parents’ grief is becoming more bearable and infused by hope within 24 hours.... Read more Read less

See it if you've never lost a child. you might be able to ignore the emotionless performances.

Don't see it if you'd like to see a bit more realism incorporated into an extremely sad storyline.

Also *spoiler alert* - the acting was ok for a bridget jones-esque kind of play, and this one had its own torie brit, but not for an honest protrayal of grieving parents. in fact tovar was the only one whose performance was somewhat realistic. he at least put some emotion into the role. there were too many cute and flirty one liners bandied about, and it just made the actual event - a child's suicide - not such a tragedy.... Read more Read less

See it if you want to see a well-written and acted play about the messiness of life with grief and love and loss, while getting in a few laughs.

Don't see it if you want to see something light with a neat and tidy bow at the end.

Don't see it if expecting detailed characterization and compassion between the characters. 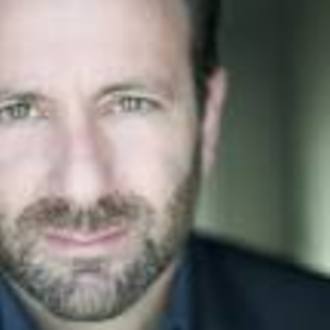 Stef Tovar
Edward
Get Alerts Alerts On Alerts Off 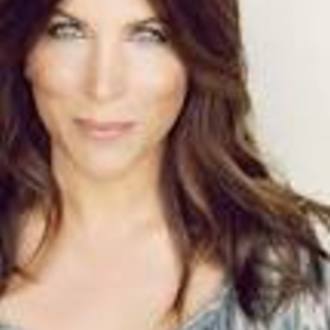 Tricia Small
Rebecca
Get Alerts Alerts On Alerts Off 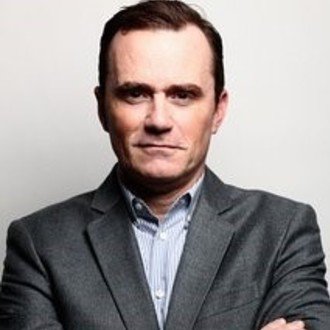 Tim Ransom
Roger
Get Alerts Alerts On Alerts Off