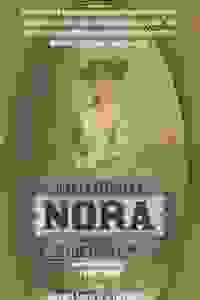 Ingmar Bergman's 'Nora,' a distillation of Ibsen's masterpiece, is a riveting tale of a seemingly conventional woman, struggling and then coming to terms with her life as a doll-wife in a traditional marriage. Out of the shadows of deceit, blackmail, and betrayal, Nora rises to a new consciousness of herself as a woman in a man's world. Through the microcosm of Nora's "doll house" marriage, both Bergman and Ibsen pose crucial questions about the role of gender in modern society.

See it if you want to feel like you are back in time seeing a play or are obsessed with A Doll's House and want to know more about Nora.

Don't see it if you are expecting a stimulating performance.

Don't see it if Want to see an engaging show

"These are characters so familiar that we have opinions about them before the play even starts, and it’s illuminating to see them afresh. One of the beauties of theater, of course, is that many interpretations are possible — but there must be an interpretation, and Ms. Lichty doesn’t appear to have one for the title character...Without a solid, believable Nora, the play loses its meaning, and the ending has no weight at all."
Read more

"Confusion about age is just one of many puzzlements plaguing this intimate, read low-budget, production...You may find yourself grateful for every minute saved, so grating is Lichty's performance in the title role...Supporting actors Andrea Cirie and Larry Bull lend depth and authenticity to a slapped-together show that bears all the earmarks of a vanity production for its star...Her Nora is a flagrant phony and poseur from the get-go, flagging only toward the end."
Read more

"'Nora' is little more than a cut-down version of Ibsen's script that eliminates its minor characters...'Nora' also removes much of the connective tissue between scenes...None of this would matter if the cast and their director were playing 'Nora' for keeps, but the version that emerges at the Cherry Lane is strangely underfelt. In any case, for once, I didn't wonder what would happen to Nora when she walked out the door; for the first time ever, I wasn't sure I cared."
Read more

"The problem with the elimination of the intermissions is that the story seems to take place too fast. The sense of time is gone, so that everything seems to take place in one night...Pendleton has made some strange directorial choices...The unpersuasive acting and staging have not given this new text its best shot. The director’s singular choices appear to have had a great effect on the final outcome of this production."
Read more

"While a few over-acted moments early in the play briefly broke Pendleton’s spell, for the most part the cast works well with his vision and were a joy to watch...It’s wonderful to see this English translation of 'Nora' in NYC for the first time, in order to experience the thrill of Ibsen’s play reborn. And watching the Cherry Lane’s production, a tasteful homage to Ibsen’s original with a modern lens, feels like catching up with an old, dear friend."
Read more

"It’s a risky thing, in theater, to take a fundamental aspect of a play and change it significantly. If the ploy fails, then the rest of the production’s strengths are entirely overlooked. And if it succeeds, it rarely tips the play favorably relative to the risk. But occasionally, it provides a twist that allows us to see a familiar piece in an entirely different light. Such is the case with 'Nora'...It’s a delightful production."
Read more

"Bergman's anti-realistic, cinematically fluid script liberates Ibsen's play from its sociological trappings, enhancing its accessibility to audiences…The result feels up-to-date but, at least in the present production, there's a uniformity of tone throughout that becomes monotonous…Pendleton has assembled an admirable cast…Of special note is veteran character-actor George Morfogen as Dr. Rank...Brief as it is, Morfogen's performance is what most makes the production worth seeing."
Read more

"'Nora' misses by a long shot…Ms. Lichty does not succeed as the captain of this ship. Her performance is without substance and she almost appears to have something else on her mind...As Torvald, Todd Gearhart does not fare much better...Pendleton’s’ direction, normally spot on, seems to flag here, which is disappointing. There is such a general pall cast over this production one assumes that a good deal of the responsibility rests the Mr. Pendleton."
Read more