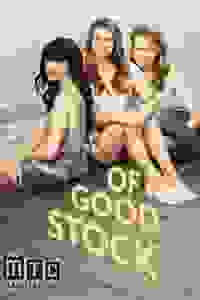 The final show of Manhattan Theatre Club's 2014-15 season, Melissa Ross' new play starring Alicia Silverstone is about the fun and dysfunction of that thing we call family. More…

The three Stockton sisters are witty, brilliant, beautiful – and a total mess, thanks to the legacy of their complicated novelist father. In Melissa Ross’ new play, these women gather at their family home on Cape Cod for a summer weekend. Their reunion ignites passions, humor, and wildly unanticipated upheavals.

See it if you want to gawk at Silverstone. The script was truly awful. Nothing funny, insightful, or believable to be found. No strong acting, either

Also I'm catching up on old reviews (shows I saw before S-S membership). What was MTC thinking with this script? The set was nice and everyone was pretty...but the play was barely watchable.... Read more Read less

Don't see it if you don't care that much about women's stories.

See it if You like romantic comedy or "chick flicks". It's a nice story with comedic and dramatic moments. Fully entertaining

Don't see it if You don't like chick flicks

See it if You love great acting and a great set. Very entertaining.

Don't see it if You don't like family dramas.

See it if A sad and touching story. Its family issues should resonate with many.

Don't see it if You're not particularly interested in the joys and sorrows of upper-middle-class New York families.

See it if like a good family story with humor

Don't see it if you don't like silly family stories

See it if Youb are interested in family dramas. I liked Alicia's role of a spoiled female the least. Stereoytyped character.

See it if you want to see something new and different

Don't see it if you're not open to off Broadway, off beat plays

See it if you enjoy seeing tales about family

Don't see it if you want to see something intense