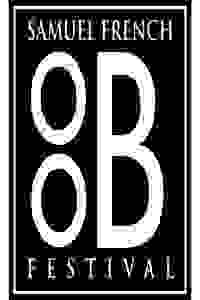 So far, more than 500 theater companies and schools have participated in the OOB Festival over the decades, including troupes from coast to coast as well as from Canada, Singapore, the U.K., and Australia. Festival week consists of four performance sessions in which seven to eight scripts are presented in front of a judging panel comprised of theater industry professionals. At the end of each session, the judges deliberate and one to three plays are selected to move on to the Festival Finals.
During the Finals, the Festival staff selects six shorts to be a published in an anthology.

See it if Too late but this was the best One Act Festivals. 3 of the final 6 should move on. The 3 others also have some great potential..

Don't see it if The festival is finished.. Superb work by all imvolved

See it if You are interested in new plays, want to support emerging writers, like one-acts, are excited by great performances.

Don't see it if You're looking for a consistent experience. Quality varies. You might see something original and exciting, but also might see lesser works.

See it if you like new works and a mixed bag of theater. Different every time, but the finals are on Saturday, so you will see the best of the fest!

Don't see it if You aren't around on Saturday Aug 12

See it if Love the show

Don't see it if Love the show