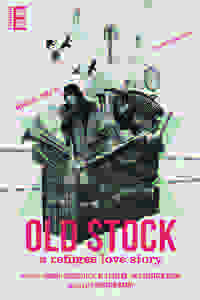 59E59's genre-bending music-theater hybrid starring Klezmer-folk sensation Ben Caplan is about how to love after being broken by the horrors of war. More…

Inspired by the true stories of two Jewish Romanian refugees coming to Canada in 1908, 'Old Stock' is a high-energy concert woven together with a humorously dark folktale about refugees who get out before it's too late, and those who get out after it's too late. And it's about looking into the eyes of God.

See it if If you like one act musicals with a talented artist in the show. If you like something different, a little corky but satisfying.

Don't see it if If you don't like an unconventional show or a show about immigrants.

Wish I Could See Them All
Syosset
50-64 | Male
671 reviews
Get Alerts Alerts On Alerts Off
85
Romantic, Intense, Intelligent, Moving, Relevant
April 1st, 2018

See it if Persecuted jews immigrate to Canada around 1900 and make a life. Couple struggles w their relationship due to past traumas. Good music.

Don't see it if Graphic descriptions of violence and starvation in Europe. Lyrics of songs sometimes difficult to hear above the instruments.

Also Music is at http://www.bencaplan.ca/music/

See it if you think you might like your klezmer cut with a little bit of jugband--& just a pinch of Jewish ritual—sung by the Yiddish Tom Waits.

Don't see it if you want a full-blown book with your musical: here the drama is stripped down.

Also “Old Stock” alternates songs played in a thematically unified klezmer concert with short dramatic vignettes that track the relationship & marriage of 2 young Jewish Romanian immigrants to Canada in the early 20th Century. It’s not a traditional musical because, for one, the outsize personality Ben Caplan performs the songs, & the two characters of the drama, the romantic couple, though they play in the band, only occasionally sing, & only briefly. After the first few numbers I thought the concert might swamp the play. Happily, I was wrong. Though the drama is bare-bones, it gains in intensity & resonance with each reappearance by our tenacious couple. And Caplan with each successive number more effectively pumps his enormous energy into furthering the play’s sometimes harrowing but ultimately hopeful story. Though the material engages the darkest of human deeds, it also captures quite convincingly the hardheaded, clear-eyed love that survives it all.... Read more Read less

See it if you enjoy Klezmer music used to tell a refugee love story and immigrant experiences at the turn of the last century. Good staging.

Don't see it if you do not like Klezmer style music or story about immigrants.

Also Both sets of my grandparents escaped the pogroms to come to this country and so this show really resonated with me. The story teller role was well done. Sometimes the music makes the words hard to hear but I sat close and understood most of the dialogue.... Read more Read less

See it if Ben Caplan’s energy and talent soar; the band is great and the story is both heart warming and heart breaking. I was totally absorbed.

Don't see it if you don’t like jazz, rock and prayer with your Klezmer music; you don’t care for immigration stories or a musical sung mostly by one person.

See it if you like shows that are a bit off center.This show is delightful.Very engaging performances.Story is told through song.Thoroughly enjoyable

Don't see it if you hate musicals, or don't like quirky inventive shows.This is a gem.

See it if you are interested in a clever, quirky & relevant folk musical portraying historical experiences of refugees. Both funny/entertaining & sad

Don't see it if you don't like folk or klezmer music, are opposed to some expletive and raunchy lyrics, or disinterested in immigration and Jewish themes.

See it if You like the Bengsons, or musical traveling shows, or stories about Jewish immigration to Canada.

See it if your enjoy an interesting immigrant story with a message, combined with great Klezmer music and singing.

Don't see it if you don't like Jewish themes or music, or you are opposed to immigration.

See it if You want to see a different take on the Jewish immigrant experience, sad stories, but then interspersed with odd, sometimes funny, songs.

Don't see it if You don’t like quirky songs that are sometimes crude and don’t always advance the story.

See it if You enjoy Klezmer-folk music. The music is fun and the story is kind of interspersed between songs.

Don't see it if Well, this is not a musical--it's more of a concert with a bit of a story interspersed. The story isn't enough to stand on its own.

Don't see it if You don't like "non-traditional theatre." It's more of a staged concert with scenes than a traditional book musical.

Also Maybe. But maybe not. But...maybe. This is the mantra of Old Stock. It's a Jewishism that feels a little Vonnegut-esque. And it perfectly encapsulates the back and forth between hope and despair that the characters encounter.

One couldn't wish for a more relevant show, and I hope many people see this project in the near future, wherever it tours or calls home.

The music is beautiful and, besides the message, is definitely the high point. All five musicians are wonderful and the score is beautiful.

Another high point is Ben Caplan himself. As the wanderer he is a wonderfully enigmatic 4th wall breaking narrator. He is sometimes consoling, other times antagonistic. But always magnetic.

See it if you have any connection with Jewish immigrants (i.e grandparents); you enjoy excellent musicals done in a unique fashion

Don't see it if you can't bear to hear about the atrocities of war even if it's not the most important aspect; you can't relate to Jewish characters

See it if You want to see a wonderfully enjoyable show with fantastic performers.

Don't see it if If you din’t Like Jewish music. There’s no reason not to see it.

Also The constant use of the word, “Fuck” took away from the play for me.

See it if You're looking for a rousing score sung in by deliciously gruff voice of Ben Caplan , who is a captivating performer.

Don't see it if You're looking for a strong story arc.

See it if Great music, touching story but narration sometimes too over indulgent and sophomoric with its own “cuteness” .

Don't see it if Do not like klezmer music and/or object to repeated overuse of sexual humor ( or heavy handed attempts at same).

See it if for an original piece & historical events told creatively through song. Sad story told in delightful style

Don't see it if you don't like original theater,klezmer music. Don't want to be reminded of horrific truths

Don't see it if Lyrics badly rhymed. Too long at 85 mins. In the middle, a long prayer in Hebrew, for no reason. Epilogue suggests it's a true story

See it if I loved the innovation. The different take. The compelling characters. The familiar yet unfamiliar way the story is shared. So unique.

Don't see it if you are looking for a straight laced traditional telling of a depressing hopeful spirited tale.

See it if You like klezmer music, immigrant stories, or Yiddish style theater (plays with songs, but not musicals).

Don't see it if Detailed descriptions of ethnic cleansing will trigger you.

See it if you want to see a Canadian Jewish Immigration story with imaginative staging and great music. It needs a longer life in NYC.

Don't see it if you don't like a little too much foul language and some songs that go on a bit longer than necessary or you don't like immigrant stories.

Also I saw a preview at the Edinburgh synagogue last year. I am glad I finally got to see the show.... Read more Read less

See it if This show is like going to a Jewish wedding, bris and funeral with a happy ending and a lot of kezmer-type music. The force of nature that

Don't see it if Loud music and a Zero Mostel ‘I-am -the-star,’ leading performance leaves you cold. You could care less about a Jewish diaspora story.

Also is Ben Caplan, actor, singer, musician, co-music writer and show’s lead will take you on the journey made by many of our grandparents and great-grandparents. From Old World to new. Chris Weatherstone and Mary Fay Coady are the multi-talented actor-musicians who live out this story backed up by a great duo. Wonderful direction. Wonderful staging. A delightful 80 minutes. And at a great price! Thank you, Show-Score.... Read more Read less

See it if You like shows led by strong personalities and great music. You like raunchy humor (a whole section is devoted to double-entendre).

Don't see it if you don't want a relentlessly depressing story, are looking for something romantic (this couple only barely works as a couple)

See it if You like klezmer music, heartbreaking stories about pogroms and immigration, and don't mind a raunchy, OTT narrator

Don't see it if You're easily offended by profanity or double entendre, or triggered by stories of violent death

Also The description of the show says it's "about looking into the eyes of God." and Ben Caplan is our god, in this case. At the end of the show he called the others on stage his "angels."

What was interesting is that I connected very deeply with the main story of Chaim and Chaya (keep an eye out for Chris Weatherstone and Mary Kay Coady), and then I was often jarred out of that story to listen to Ben Caplan break the fourth wall and sing or speak to us about larger ideas. He is a natural showman, and very funny, but I felt like he never quite struck the right tone. I certainly didn't understand his being the "god" of this story.

With all of that said, I laughed out loud, was moved to tears and was able to see so many parallels to the immigration stories of today.

Don't see it if you dislike loud klezmer music and one man shows.

2b theatre company
Producer
Get Alerts Alerts On Alerts Off 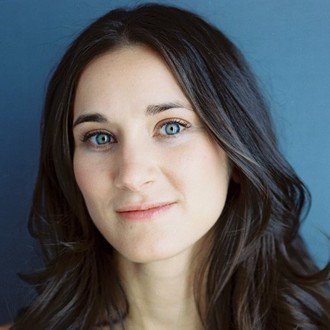 Hannah Moscovitch
Playwright
Get Alerts Alerts On Alerts Off 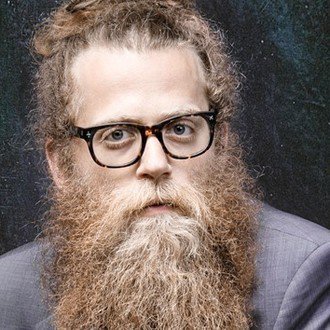 Ben Caplan
Playwright
Get Alerts Alerts On Alerts Off 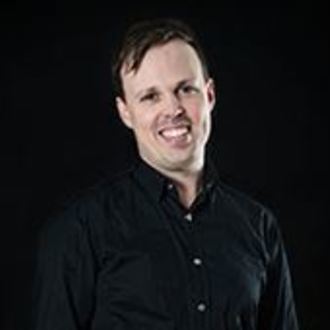 Christian Barry
Writer / Director
Get Alerts Alerts On Alerts Off

Ben Caplan
The Wanderer
Get Alerts Alerts On Alerts Off 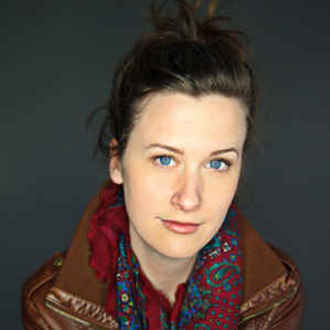 Mary Fay Coady
Chaya
Get Alerts Alerts On Alerts Off