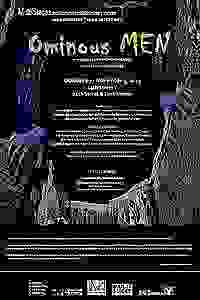 MultiStages presents the world premiere of its New Works Contest Winning play, co-presented with the Theater at the 14th Street Y. "It was the wrong night and the wrong place for these OMINOUS MEN to be playing “Bones” (dominoes) when the 1977 NYC Blackout hits the Bronx! Three men are confronted by their ferocious pasts in the derelict Bronx Concourse Plaza Hotel basement on July 13, 1977: Butch, the Nuyorican caretaker who's been digging a pit looking for buried treasure, his nervous cousin Goyo, and Butch's drug sponsor and ex-Black Panther Yancy. This night of drinking, camaraderie and dominoes turns violent when the Blackout hits, a stranger climbs out of the pit, and the ghost of a Holocaust survivor and murdered woman appear."

See it if you are up for an intriguing story about dark realities told in the magical realism style.

Don't see it if you are expecting to be swept off your feet. Repetitiveness between action and text killed it for me. Characters needed more development.

See it if You want a play that tries to hit too many cords and does not achieve very much. Good lighting and sound and two good actors in this play.

Don't see it if If you want a play that has a better grounded plot. Horrible story and direction.

See it if You like to be freaked out. You are curious about 1970's New York. But more deeply, to be reminded that everyone has ghosts and demons.

Don't see it if Would not recommend for children. Read more