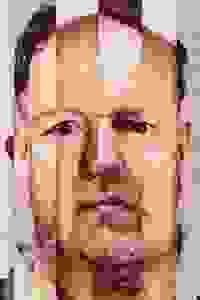 Following its world premiere at Dublin Theatre Festival 2017, Olivier Award-winning Fishamble brings its drama about Christy and PJ, the best of friends and worst of enemies, to New York. More…

"On Blueberry Hill" is bursting with humanity as it explores murder, forgiveness, survival, and ultimately, love in the prison of the human heart.

See it if If you want a well written play that has good acting and a very good story line.

Don't see it if Actors speak a lot to the audience. If you want something lite and breezy.

Wish I Could See Them All
Syosset
50-64 | Male
671 reviews
Get Alerts Alerts On Alerts Off
80
Absorbing, Redemptive, Contrived, Lyrical, Indulgent
January 25th, 2019

See it if Two lifetime prison inmates alternate mellifluous monologues of their journey from hatred to friendship. Challenging characters. Touching

Don't see it if but hard to believe. The motive for the first crime was hard to accept, and the second even more so. Were they so broken, and now cured?

See it if you are interested in hearing 2 prison cellmates tell the intensely human, intertwining stories of how they got here.

Don't see it if for you a drama is only a drama when the characters interact to a significant degree: the 2 characters here speak mostly to the audience.

Also In “On Blueberry Hill” 2 cellmates take turns telling us in bite-sized bits their sometimes hopeful, sometimes doleful stories. The Times reviewer had a problem with this only after the intense lyricism of the opening sections subsided & the unrelenting clockwork plot kicked in. That plot can feel contrived like the plots of old fables & fairy tales do. But I found this aspect of the story enhanced its grip on me. That I’m homosexual & a fallen Catholic of a certain age may explain some of why the pain, confusion & shame that fed 1 of our prisoner's crimes seemed so sickeningly vivid. The writing is quite beautiful & the 2 players more than adept at letting it sing. For me the only problem with the piece occurs when some late interaction between the cellmates felt strained, especially as it relates to the title Fats Domino tune. But don't let that keep you away from a highly poetic, sometimes wrenching, ultimately somewhat redemptive narrative of 2 all-too-human lost souls.... Read more Read less

See it if you love great drama. If you enjoy unusual formatting, poetic language, exceptional acting and thought provoking ideas. All the good stuff!

Don't see it if If incarceration is a triggering issue for you. You are impatient with subtly evolving plot development.

See it if Gorgeous writing expressed by brilliant acting. Great emotion is on display beckoning you into the lives & stories of two prison cellmates.

Don't see it if you prefer dialogue to monologue; you prefer comedy to tragedy and the experience of feeling a gamut of emotion.

See it if you want to see two stellar performances from Niall Buggy and David Ganly. Sebastian Barry's language is absolutely stunning and poetic.

Don't see it if you do not like alternating monologues that eventually come together.

See it if Prison cellmates take turns telling their confessional stories that end by tying together in bazaar vows, which in song “were never to be”.

Don't see it if You want dialog and physical action, & don’t want to hear a play about murder, confrontation, rage, forgiveness, and eventually compassion.

See it if you love terrific acting and a script that is almost poetry.Very touching show.I really LOVED this show.It's really special. Go!

Don't see it if you want light, fluffy musicals.This is a show that makes you think, makes you challenge your beliefs about forgiveness, guilt, love.

See it if love Irish story telling* with dark humor. Alternating monologues by 2 characters that converge at end, stories that come in bits & pieces

Also *personal bias - I love Irish storytelling.
Irish conversation , "craic", in a play can be annoying to some but I think it what gives its characters their charm no matter what evil thingsthey do.
A little slow at end so could probably be edited a bit.
You have to pay close attention because certain detail can escape.

See it if You want to see an original, poetic, and beautiful Irish story. Mostly monologues so it’s important to listen closely to to story.

Don't see it if You don’t have the patience to let the story unfold.It is well worth it, the superb acting, the entrancing language, and the original script

See it if You're not fazed by a play that takes place in a prison cell that is basically all narration about past events.

Don't see it if You want a play with a more typical structure.

Also The acting is wonderful in this very unusual play, which is basically two monologues that intersect. I don't think I've ever seen that before. The ending is a distinct break and seems a bit tacked on for that reason, but I enjoyed the change.... Read more Read less

See it if you love Irish writing and Irish actors because this play is sensational in both - in spite of an unbelievable plot.

Don't see it if you only like light entertainment.

See it if You're looking for a gorgeously written and brilliantly acted show that deftly handles complex emotions.

Don't see it if You're bothered by plays with slow starts and intermittent slower pacing.

See it if you love the theater, the pure joy of seeing 2 great actors burning their way through a thoughtful and relevant script; you want 2b moved

Don't see it if your theater has to hit you in the face with lights, song, dance; this one is pure poetry

See it if you love beautiful language brought to life by two terrific actors.

Don't see it if you don't like 'two-handers' or 'quiet' productions .

Also for the first half of the play, I felt I was almost hypnotized by the gorgeous, lyrical language and the brilliant delivery by the two actors. I found my mind thinking back on times past in an almost melancholy way. It was powerful. Then there is a twist in the plot and, although still really well down, it seems a little bit contrived which is a shame as it is a lovely piece of theatre.... Read more Read less

See it if You like all things Irish, won’t be upset or bored by characters who don’t connect, and are fine with all “action” described and offstage.

Don't see it if You need contact between characters, action onstage, or credible motivation. This is like 2 one-man shows.

Also I had a hard time staying with this play. There were glimmers of poetry at moments, but these were not enough to offset the lack of credibility in much of the plot, the muddled motivation, and the lack of connection between the players onstage.... Read more Read less

See it if you can allow great acting to sweep you along to the point where you can overlook wild implausibility in the story.

Don't see it if you can't. I know that forgiveness and redemption can come in many forms, but the cynic in me couldn't buy that they would take this form.

See it if 2 men, a bunk bed, and poetic, beautiful, melodious monologues - intensely and masterfully acted - are enough to enthrall you.

Don't see it if You do not like difficult uncomfortable story

Don't see it if You prefer interaction between characters as opposed to alternating monologues. Also play closes Sunday so if you don't have a ticket ...

See it if You love Irish plays and storytelling sling with masterful acting.

Don't see it if If you like plays with strong dramatic, physical action.

See it if Saw at the original venue loved every minute and not surprised it is on broadway now. Amazing singing dancing story costumes plot,has it all

See it if a thoughtful and well-developed story narrated by two superb actors.

Don't see it if a faster moving linear play.

Don't see it if you can't now

Origin Theatre
Producer
Get Alerts Alerts On Alerts Off

Fishamble: The New Play Company
Producer
Get Alerts Alerts On Alerts Off 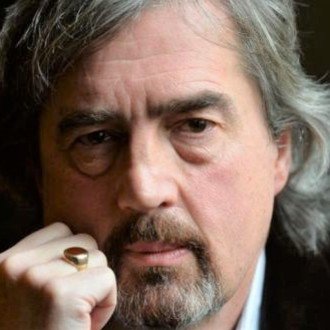 Sebastian Barry
Playwright
Get Alerts Alerts On Alerts Off 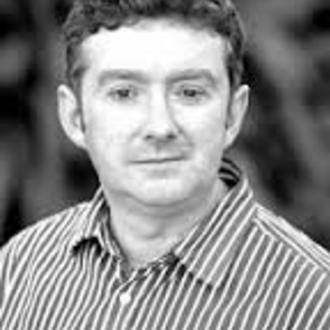 Jim Culleton
Director
Get Alerts Alerts On Alerts Off 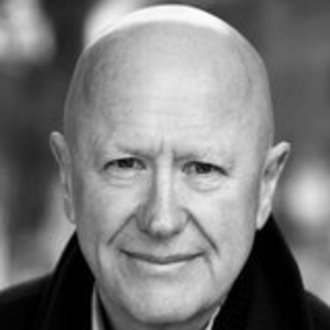 Niall Buggy
Christy
Get Alerts Alerts On Alerts Off 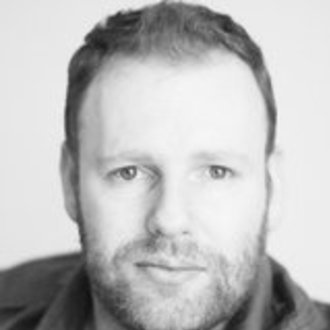 David Ganly
PJ
Get Alerts Alerts On Alerts Off