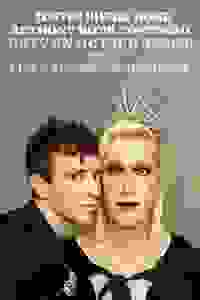 Whether invoking mythology or nature, romance or radical compassion, vocalists Justin Vivian Bond and Anthony Roth Costanzo seamlessly blend opera and politically-charged cabaret. Under the music direction of Thomas Bartlett and staging by Zack Winokur, these concerts are a preview of a soon-to-be-released Decca Records US studio album. Featuring legendary works like Purcell’s 17th century aria “Dido’s Lament” to Dido’s early 2000s radio hit “White Flag,” and “Autumn Leaves” to “Don’t Give Up.”

See it if You’re a fan of either Bond’s cabaret style or Costanzo’s opera, together they are glorious! A clever, witty, almost profound evening.

Don't see it if You’re homophobic or transphobic. These two let their freak flags fly in all their glory and we are all the better because of it! Read more

See it if If you like a cabaret show that has vast costumes. Cabaret/ operatic. Great lighting, sound makes art of it enjoyable.

Don't see it if Can be wearing at times, gender identity and other issues digress from the vocals and the show in general.

"Bond has similarly inspired me with their artistic fearlessness and unapologetic individuality. It shouldn't surprise us that these two artists are defying genres to create a show that is entertaining, sophisticated, and completely original. There should be more collaborations like this."
Read more