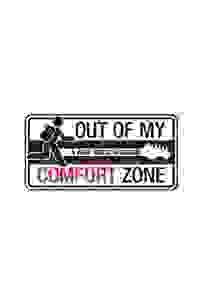 View in admin
Out Of My Comfort Zone
NYC: Midtown W
Score it Scored!

Out Of My Comfort Zone NYC Reviews and Tickets

Rachel and Josh are in middle school. They've been friends since second grade and do everything together. Meanwhile, Rachel has had a secret longstanding crush on Josh and she's afraid to tell him. He's gay but is closeted to his friends and family. Add to the mix an unsavory fellow at school known as The Viper, who blogs about his classmates in the most unkind way possible. The Viper finds out about Josh's secret, and the world (as Rachel and Josh know it) ends.

"For all its innocence and simplicity, the charm in this production is its sheer authenticity. Children and teenagers are by nature unfiltered, and to have kids playing their own age on stage is the recipe for an afternoon of uninhibited fun. "
Read more

"'Out of My Comfort Zone's' message is one that I wish I had known when I was in middle school: Don't be anybody that you're not. It sounds basic, but the effort that kids in middle school put in simply to be liked, is nothing short of absurd. The show challenges this concept, promoting self confidence, and loving unashamedly."
Read more