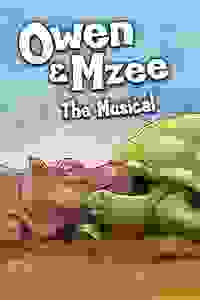 Vital Theater company presents this musical for kids based on the amazing true story of the remarkable friendship between an orphaned baby hippo and 130-year-old giant turtle that touched millions around the world.

The inspiring true story of two great friends, a baby hippo named Owen and a 130-yr-old giant tortoise named Mzee. When Owen was stranded after a tsunami, villagers in Kenya worked tirelessly to rescue him. Then, to everyone's amazement, the orphan hippo and the elderly tortoise adopted each other. Now they are inseparable, swimming, eating, and playing together. Adorable photos e-mailed from friend to friend quickly made them worldwide celebrities. Here is a joyous reminder that in times of trouble, friendship is stronger than the differences that too often pull us apart.

See it if You are an adult who like to watch your kids engrossed with the dancing, story, and good feel ending.

"A charming one-hour children’s show...What’s really charming are little touches that adults will appreciate...'Owen and Mzee' could be somewhat scary and sad for young children since the child gets separated for his parents and will never see them again...Children should be introduced to theater at an early age to make them fans. Take them early and often...The best critique of all came from the four-year-old who, after watching the show, declared she liked it because 'they got along.'"
Read more