Oy Vey In A Manger: The Kinsey Sicks

Dragcapella beauty shop quartet, The Kinsey Sicks return to New York and Soho Playhouse with this ribald, ridiculous, raunchy, and decidedly R-rated romp through the best and worst of Christmas. More…

In this deliciously blasphemous holiday musical, The Kinsey Sicks try to sell their 2000-year-old manger before it's foreclosed. Crises arise, Jewish-Gentile tensions surface, and mayhem ensues - in outrageous drag, and glorious 4-part harmony.

See it if You love a good drag show (and who doesn’t), this is maybe the best that there is! If you don’t love drag see it for great humor/singing.

Don't see it if You have a stick up your ass about drag queens or the holidays or just in general. These gals-this show is all about lots of low brow humor.

Don't see it if An hour of this would have been fun. At 90 minutes the shtick became repetitive and grating.

See it if you enjoy great comedy and great singing with old songs given a new twist.

Don't see it if occasional loud screaming and distorted mics offend you.

See it if you have an open mind about politics, religion, sexuality, and the world in general. You enjoy raunchy comedy and not-too-bad a cappella.

Don't see it if you are a prude, a conservative, and hate transvestites singing a cappella. A very naughty show!

Also Go check them out you should not be disappointed unless you don't like dragapella. I absolutely love this group. I saw the other show and I was hooked. I will go see anything that they're performing because they're so entertaining the writing is really amazing if you pay attention to what they're saying and what they're singing It's really amazing. I was thoroughly entertained and I had a wonderful time.... Read more Read less

See it if you like satire about religion, satirical sexual language, sexuality, bawdy, clever songs and fine performances (singing and acting).

Don't see it if you avoid anti-Christian, anti-Republican, and anti-Trump, in-your-face LGBTQ, racist and non-PC references/actions, or prefer plot or drama

See it if You're up for a slightly over-long but sharp and witty holiday satire in tight, four-part accapela drag. Sometimes silly, but fab performers

Don't see it if You take your religious holidays or religion so seriously you can't joke about it, are homophobic &/or despise men in dresses however glam.

Also Biting parody, clever lyrics and terrific harmonies cut through the holy in the holidays in this entertaining, outrageously funny and at times unexpectedly touching evening. Prudes and/or conservatives will find no fun, but everyone else will find that the Kinsey Sicks nail it all.... Read more Read less

See it if you like satire by 4 talented, creative actors, singers.

Don't see it if you are looking for meaningful dialogue and don't like sexual innuendos.

Don't see it if you are offended by drag-queens, religious humor, vulgarity, blasphemy

Also I went in thinking the show might be mildly funny, but, instead, I found it hilarious. The script and musical lyrics were cleverly written, and the singing was well done. Se eit before it closes.... Read more Read less

See it if you enjoy a marvelous Beauty Shop Quartet...great voices and fabulously clever and fun!

Don't see it if you've no sense of humor or fun!

See it if you like a great drag show with clever rewriting of Christmas songs.

Don't see it if you don't like outrageous comedy.

See it if you like silly theatre and enjoy a remix of Christmas/Jewish classic songs.

Don't see it if you're easily offended with jokes related to religion or any LGBT issues make you uncomfortable.

See it if you like musical drags in live a capella, & not just lip-sync style. It's a funny treatment of the holiday themes w/ a twist of irreverence.

Don't see it if you want your holiday show all nice & sacred, as this one has tons of naughty humor- but cleverly written & performed in the spirit of fun!

Also Kinsey Sicks have other productions, but they seem to be wearing the same outfits. I would have liked this holiday show for them to sport a more festive theme or even over the top costumes for a change. But other than that , the stage design (for a small venue); the acts & songs (no duplication from their other shows) and the overall entertainment was great! Looking forward to their other shows.... Read more Read less

See it if you enjoy good a capella, drag queens, or irreverent holiday shows.

Don't see it if you hate all of the above.

See it if you like raunchy humor presented by an all drag a cappella group. It was very funny and dirty.

Don't see it if 90 or more minutes of a constant smile on your face will hurt your mug. Puns and wordplay annoy you.

See it if If you want to see the worst show you have ever seen, go! I've seen probably 1000 and would say this was the worst. 1 person is put on stage

See it if you like drag and/or acapella and don't mind strained, hit-or-miss humor

Don't see it if you expect sharp, biting humor or don't like drag or acapella groups.

See it if You like drag shows with very irreverent , raunchy material that mocks religious tradition.

Don't see it if You don't like drag shows, are offended by sexual content and mockery of religion.

See it if You like drag queens, and raunchy gay humor, and singing. It was hilariously funny in spots, but with a definite sense of chaos thrown in.

Don't see it if You’re easily offended. By nearly anything.

See it if you love great acapella singing, witty political and social satire and bawdy humor.

Don't see it if you are homophobic, would not enjoy watching a fun, witty drag ensemble with great voices signing parodies of holiday classics.

Also A fun evening of side-splitting laughter and great acapella singing brought to us by this bawdy, hilarious, sharp-witted and very talented troupe, the Kinsey Six.... Read more Read less

See it if You want to laugh at holiday humor

See it if You’re a fan of satirical holiday and political sketches, a capella groups, raunchy drag shows

Don't see it if Vulgarity and explicit sexual language bothers you, not appreciative or understanding of Jewish humor, comic drag isn’t your thing.

Also I was disappointed in this show. I had heard so much about The Kinsey Sicks that I was all geared up for a clever, witty, and hilarious script with a capella songs done in tight 4 part harmony.What I experienced was a sophomoric, raunchy, and excessively loud (They yelled so much! ) script that had moments of sharp wit, clever jokes, and comic ingenuity, but unfortunately too few to pull this show totally out of the gutter. And a capella songs many of which sounded like they either needed more rehearsal or they were just not arranged very well. Individually they all had very good voices but often harmonics were messy and strangely pitched. There were some bright and inspired moments, to be sure. The song “Don’t Be Happy; Worry” was definitely a comic highlight and a sweet number in which a significant other becomes transsexual tugs at the romantic heartstrings. I’m gonna give em a second chance and go see Things You Shouldn’t Say. They said it’s quite different from this show.... Read more Read less 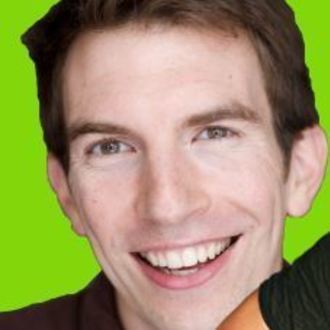 Nathan Marken
Winnie
Get Alerts Alerts On Alerts Off 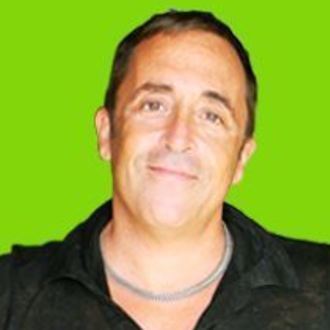 Ben Schatz
Rachel
Get Alerts Alerts On Alerts Off 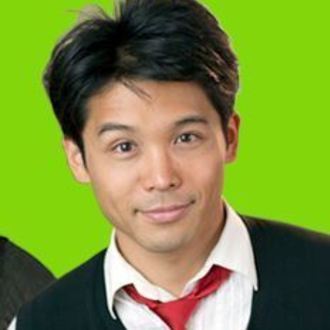 Jeff Manabat
Trixie
Get Alerts Alerts On Alerts Off 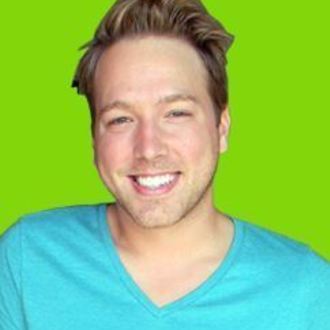 Spencer Brown
Trampolina
Get Alerts Alerts On Alerts Off