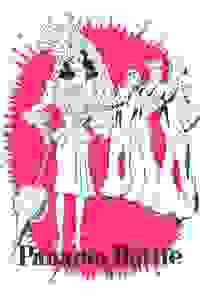 In Cole Porter's 1940 comedy, a brassy nightclub owner must bid for the approval of her fiancé’s family. Part of The York's "The Musicals in Mufti" series of minimally staged, script-in-hand productions.

Cole Porter and Ethel Merman teamed up for their fourth hit with 1940's PANAMA HATTIE, in which a brassy nightclub owner must bid for the approval of her fiancé’s family – a task only made more complicated when she discovers a plan to blow up the Panama Canal. With a raucous book about sailors and singers in the Panama Canal Zone and a snappy Porter score that includes “Let’s Be Buddies,” “I've Still Got My Health” and “Make It Another Old-Fashioned, Please,” PANAMA HATTIE was a smash in its day, but is now mostly known for its distinctly unfaithful film adaptation. In response to the original production, Brooks Atkinson in The New York Times stated, “if the Navy ever hears about Panama Hattie, it will be hard to keep the fleet in the Pacific. As far as that goes, it is going to be hard to keep New Yorkers at home in the evenings this Winter.”

Don't see it if I saw all 3 CP shows in the York series, and liked this one the least. It was more dated, and had less humor, musical interest & charm.

See it if If you are a Cole Porter fan. This show isn't done often mostly because of it's silly plot. But if you are in for good music & fun, go!

Don't see it if You are looking for a drama, or a cohesive plot. Don't like Porter's music. Also be aware that Mufti prod. are minimal sets, & rehearsal. Read more

See it if you like musicals from this era, Cole Porter or Ethel Merman. This plot is as thin as tissue paper, but who cares? It will make you happy!

Don't see it if You have high expectations for captivating plots in a musical, or if you don't care for old musicals in general. Read more

See it if you're a Cole Porter fan. A terrific cast on book in a story that's surprisingly touching at times. An entertaining evening.

Don't see it if the Mufti concept (no sets, small cast on book, two-piece "orchestra") is not for you. Read more

See it if You really are desperate for a Cole Porter fix. You want to see what passed for entertainment in 1940.

Don't see it if Bare-bones old musical on short rehearsal with scripts in hand, piano and bass, no sets no costumes. Read more

See it if You enjoy Cole Porter’s songs in a sweet story. Great talent in a small venue. Marvelous!

Don't see it if You want a big show or don’t like to old standards.

See it if you want to have fun. The actors are great-- especially gratifying to see such supporting players as Jay Aubrey Jones & Casey Shuler shine.

Don't see it if you want to miss seldom heard tuneful & clever Cole Porter compositions. Several songs make no sense plot-wise but are a delight here.

See it if Klea Blackhurst was born to play Merman musical comedy heroines, and she does the Merm's memory justice here, as well as others in the cast.

Don't see it if The show's hardly worth a visit, much less a revival. The book is tired and the score isn't close to Porter's best.

"For whatever reason, book writers Herbert Fields and B.G. DeSylva decided it would be fun to have Merman running around in the tropics, doing what she usually did …. 'Panama Hattie' would have been more fun if it didn't have so much book, but Porter's score has some nifty items."
Read more

"Michael Montel directs efficiently, and the two-man orchestra, Deniz Cordell on piano and David White on bass, sounds swell. Panama Hattie is no lost treasure, but as a Merman vehicle it's solid, you'll probably never get to see it again, and in Klea Blackhurst we have perhaps the most capable Merman stand-in on the planet. Go."
Read more

3/5 Stars "The revival does entertain, but it simultaneously presents hard-and-fast proof why this 1940 musical isn’t a hot candidate for reviving—now or, perhaps, ever."
Read more

"As the third and last show of its Cole Porter Series, The York Theatre Company's Fall 2019 Musicals in Mufti is presenting Michael Montel's delightful production of this rarely revived musical comedy, a farce actually, as a staged concert with book in hand."
Read more

"The spirit of Ethel Merman-fearsome vibrato and wise-cracking wit intact-is alive and well at the York Theatre in Kylie Kuioka, the 9-year-old stick of dynamite who plays Geraldine, Hattie's fiery step-daughter-to-be."
Read more