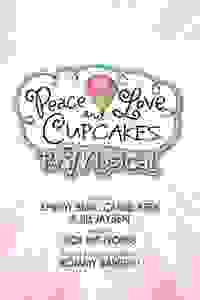 Peace, Love, and Cupcakes: the Musical

New kid Kylie Carson is "different"–which can make middle school a very scary and unfriendly place. So she cooks up a sweet solution: form a cupcake club that's open to anyone seeking friendship and a place to belong. But the popular clique turns bitter with jealousy and vows to destroy the club's efforts. Kylie is now faced with a tough choice: stoop to the mean girls' level or take the higher road. The pop-infused score by Rick Hip-Flores brings the children's book of the same name to life, and drives home a message of empathy, love, and the power of young people to change the world. This production will support NoBully.org and is best for ages 6 to 12.

See it if you like shows for tweens acted by tweens with a relevant message.

Don't see it if if you don't like shows where the casts is mostly kids or shows with a message.

See it if You like plays about dysfunctional families that ring true . I would see Lois Smith do anything even not speaking. A bit slow but worth it.

Don't see it if you do not like a mean spirited subjects.

See it if you want to watch a group of super talented kids sing catchy new songs about relevant issues.

Don't see it if The show is more suited to a younger audience so don't expect to be blown away by a big production that has a satisfying emotional journey.

See it if You are a kid who enjoys kids musicals. The theme is topical and tweens and teens will appreciate it.

Don't see it if You are an adult who doesn't enjoy musicals geared for kids.

Also I gave it a higher score than I would have ordinarily given the show based on my 12 year old daughter telling me that the show wasn't really meant for me and that she was the target audience and enjoyed it very much. She hated the ending, being a target of bullying doesn't just end because the other person thinks you aren't so bad. The problem is that there is no neat ending for this kind of problem and that is the ultimate problem with the show. The music was fine, the singing was fine but as my daughter said, it wasn't for me.... Read more Read less

See it if the show has a great message about standing up to bullies!

See it if You are a kid or once a kid who has been bullied. Also if you want to laugh like you've never laughed before.

See it if your kid is in the cast, you appreciate great pop-rock songs sung by kids.

Don't see it if you expect a story that makes sense.

Also The score to this show is terrific. Rick Hip-Flores has written catchy pop-rock tunes with clever and appropriate lyrics, and the songs work beautifully, performed by a very talented young cast. But the script? Yikes. It's shocking to me that two adults collaborated with a young girl to write the script, because it feels like a first draft from a 9-year-old working solo; it’s riddled with clichés, absurd plot developments, huge leaps in logic, and offensively incongruous character development. The plot resolution was so illogical and simplistic that I actually covered my mouth in horror as I watched. If they keep the concept and songs, but scrap and completely rework the book, this might be a great show. As it stands, though, it's a flop.... Read more Read less

See it if you want to see an upbeat show that promotes good character.

Don't see it if you hate kids

See it if You want some easy, cutesy fun in the theatre.

Don't see it if You want to be challenged in the slightest.

See it if You want to open the conversation up with your kids about bullying and social behaviors...

See it if This show is wonderful and great for today's generation. It brings awareness to bullying and also provides answers to how to solve it.

Don't see it if Everyone should it. Any age can relate to this show.

Don't see it if you are scared of Monsters...

Don't see it if You don't like to be entertained

Don't see it if Everyone should see it

See it if You love musical theater, and love seeing amazing actors.

Don't see it if You are crazy!

See it if You or someone you know has been bullied.

Don't see it if You're looking for an angry story.

Don't see it if You hate children

Also This was sooooo amazing! The acting was amazing, I specifically was impressed in the cinnamon scene where the bully learns she was wrong and the actresses who played Kylie and Meredith almost cried it was so realistic... Read more Read less

See it if You are a kid, have kids or were once a kid!

Don't see it if You're looking for a deep story line.