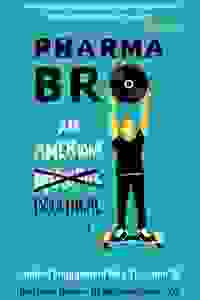 A new musical about corporate greed, the American Dream gone wrong, and what happens when you try to f*** with a certain hip-hop group and their pal Bill Murray.

When evil “pharma bro” Martin Shkreli raised the price of Daraprim 5,000%, he became one of America’s real-life villains. Then, he did the unthinkable: purchased, hoarded, and threatened to destroy a one-of-a-kind hip-hop album that the world had been anticipating for years. Watch Martin Shkreli get what’s coming to him in this ridiculous original musical full of hoverboards, hauntings, and fake news.

See it if You are intrigued to see what sort of show can be written and performed about a young unscrupulous billionaire using super-loud rap music.

Don't see it if You want to see a totally ready for prime time show. This is rough in places and could use some editing.

Don't see it if You're looking for something serious. Are easily offended by blue language