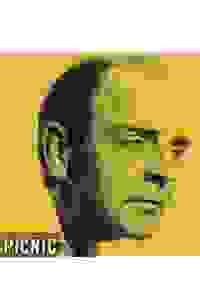 When gorgeous drifter Hal arrives in a small Kansas town, no one is prepared. He brings with him the possibilities and promises—some true and some false—of a life with real options. His instant and incendiary chemistry with local 18-year-old Madge unexpectedly destroys the illusions of comfort harbored by everyone we meet in this heartland’s emotionally suffocating landscape. 'Picnic' is performed in rotating repertory with Inge's 'Come Back, Little Sheba.'

Wish I Could See Them All
671 Reviews | 208 Followers
90
Exquisite, Thought-provoking, Resonant, Romantic, Sexy

See it if Wonderful characters, writing and acting. Has universal themes despite setting in 50's culture. Coming of age / generational struggles.

Don't see it if You don't like slowly developing character plays where people grow and change.

"The shows depict lives in turmoil with deceptive simplicity — an elusive quality that the Transport Group captures in the graceful revivals...Inge's work burst with generous humanity and possessed a sure grasp on the power of intimacy — something these productions skillfully bring to the fore...The productions work well together because Mr. Cummings and his cast are in sync with Inge’s sensibility, aware as he was that understatement is powerful."
Read more

"It’s astonishing how little in the way of artifice is required to create powerful theater. An artful script helps, and William Inge’s 'Picnic' is an oft-revived neo-classic for good reason...In mounting this barebones revival, director Jack Cummings III has managed to sand the edges off any potential villains. Even so, each ordinary Kansan depicted appears to be grappling with forces on the scale of Greek tragedy."
Read more

"These revivals, staged by Jack Cummings III and acted by a first-class ensemble cast, will leave you in no doubt that Inge was one of America’s half-dozen greatest playwrights...Simplicity and intimacy are the keys to these stagings...This kind of bare-bones staging works only if the actors are strong enough not to need to hide behind the production. Mr. Cummings’s cast delivers the goods...In the end, though, Mr. Cummings is the hero of the piece."
Read more

"Two excellent productions featuring a terrific cast that blows the dust off these somewhat dated classics...Jack Cummings III directs these plays with loving detail...Inge's depiction of women is decidedly of its time...But then there's Elless...Elless' performances are, by themselves, worth the price of admission...Cummings can't prevent the plots from veering toward the melodramatic at times, but their power for us today is that they open windows into a past that we often forget existed."
Read more

“Transport Group's superb mounting of both of these plays in repertory is staged by director Jack Cummings III in an intimate environment that allows natural performances and gentle nuances…While Millie's determination to make an independent life for herself is the guts of 'Picnic,' the tragedy lies in Skinner's fascinating Rosemary, who gives off a sexy, carefree vibe until it's finally revealed to her that Howard is not going to marry her...Beautifully subtle glimpses of human longings.”
Read more

"If these productions don't convince you that Inge is one of our finest playwrights, nothing will...Nobody understood the corrosive effects of loneliness better than Inge, and Emily's account of her spinster schoolteacher life is presented with savage exactitude...'Picnic' has a director who understands Inge's play from the inside out and a gifted cast that is alive to the script's tiniest nuances. I've seen three or four productions of 'Picnic,' and this is the finest by far."
Read more

"Despite heavy-handed direction, these revivals of two well-known, insightful and meticulously written works succeed...Inge creates a haunting gallery of individuals struggling with their innermost desires and the class system...With his exceptional physique, great smile and abundant charm, Patterson is perfection as Hal...Mrs. Potts’ warm heart and wisdom are beautifully conveyed by Mac Rae. Michele Pawk gingerly captures the maternal harshness and pragmatism of Flo."
Read more

"As long as people experience emotions of loneliness and regret, these dramas will still be relevant, as Transport Group's William Inge in Rep proves...Some refer to Inge's plays as dated, but I've never found that. The symbolism and parallels between the older and younger characters can be a little heavy-handed, but there is so much truth that still resonates. Cummings has placed both plays in an intimate setting, which makes the sadness even more palpable."
Read more

“Other than Emily Skinner’s Rosemary, performances feel exaggerated and artificial, seeming as if the actors (well represented from Broadway’s boards) are ready to burst into song, approaching the problems superficially. But these plays are as far from musicals as they can get. They’re serious and earthbound. And that’s where they go wrong…in 'Picnic' the missing explosive tension reveals itself when Alan’s decision to call the police on Hal almost seems like an overreaction."
Read more

"If Inge seems outdated and somewhat clumsy to current theatergoers, his plays still have the insights and dramatic tension that make them worth revival...But there are problems. Presenting Inge in repertory makes it painfully obvious just how similar his plays are...If much of 'Picnic' and 'Come Back, Little Sheba' is overwrought and obvious, the two plays do give us a picture of middle America back in the 1950s."
Read more

"Engaging and relevant...The desperate starkness of Inge’s plays is particularly relevant and challenging in this post-election era...Under Jack Cummings III’s direction, the members of the ensemble cast uniformly deliver authentic and believable performances...His direction in 'Picnic' results in a fast-paced and smooth performance...Raises rich and enduring questions about the human quest for purpose and identity in a time when individuality and freedom seem to be placed in harm’s way."
Read more

"Patterson does better in this show adding, a tenderness and sympathy to Hal, as does Hannah Elless, who makes Millie highly watchable. Jack Cummings lll’s direction allows Inge’s words to speak for themselves...'Picnic' won a Pulitzer back in the day, but now these character and time seem so far out of touch with today’s mentality. They do however give us a realistic glimpse into our past, as painful as that is."
Read more

"Sadly, everything in this production feels misguided...Seeing 'Picnic' and 'Sheba' back to back does neither show any favors. Their bland similarity is emphasized and lessens whatever impact each might have on their own...One after the other, 'Picnic' and 'Sheba' don’t evince recurring themes but simply feel like the same story done with a mild twist to make it seem new...The casting only emphasizes this...Happily, actors can make hay even with soapy material."
Read more

"Revelatory reassessments of 'Come Back, Little Sheba' and, especially, 'Picnic,' perceptively directed by Cummings...Cummings’ productions rescue both 'Sheba' and 'Picnic' from the customary bonds of realistic staging...Liberated from their usual ultra-naturalistic trappings, both plays appear richer and more significant than in recent revivals; and the characters’ time-bound slang, as well as Inge’s occasional dramaturgical grandiosity, seem somehow outside time, rather than out of date."
Read more

“The situation eventually explodes and leads to a heart-stopping, love-intoxicated climax…The production is blessed at its center with a lovely performance by Ginna Le Vine…As Hal, David T. Patterson also makes an auspicious Off-Broadway debut…Cummings’s direction imbues the show with vitality, against the rather minimalist set…It’s not terribly atmospheric, but it hardly matters as the actors and Inge’s storytelling take hold of the audience’s imaginations.”
Read more

"The performances are all good, particularly Michelle Pawk as Flo...Even better is Emily Skinner as their neighbor...Perhaps a little more build and a little more temperance would have improved a couple of the other performances, particularly Hannah Ellis as Millie and David T. Patterson as Hal. Both are giving highly physical performances, and, especially in such a small space, the movements are way too exaggerated."
Read more

"The acting company is outstanding, with six actors of the company performing in both plays. As I saw both shows in one day, it was fascinating to see the differences in characterizations performed by Mac Rae, Patterson, Elless, Vickers, Cariani, and Jennifer Piech...In general, the performances might be adjudged as a bit 'over-the-top'...I suspect what might be called 'stylization' was the choice of director Cummings, and for me, this was a pleasure."
Read more