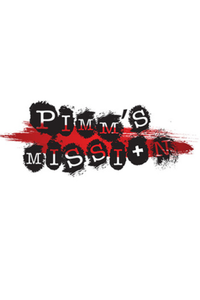 59 E 59 presents the mystery of an explosion that destroys the headquarters of a major New York pharmaceutical company, as pieced together by an FBI agent and his only witness, Robert Pimm.

In Pimm's Mission, the mystery unfolds in real time and flashbacks ss FBI Agent Staats tries to piece together what happened with his only witness, Robert Pimm. We move back and forth in time to discover whether Pimm, and his friend Thomas - a disgruntled employee of the same company - had anything to do with the disaster. What began as an innocent friendship became a game of deceit, lies, coercion and death - as one man became the unwitting pawn of the other in an international spying mission that went horribly awry.

"By locating the action in Manhattan, where echoes of Sept. 11 have never really ebbed, the play appropriates a credible anxiety and intensity. Still, a mystery should puzzle. 'Pimm’s Mission' telegraphs its plot twists from a long way off, and neither of the biggest ones comes as a surprise."
Read more

"'Pimm's Mission' provides just enough tension and mystery to keep the audience interested but not enough character development to make any lasting impact...'Pimm's Mission' has many of the elements that make it perfect for a 60-minute episode in a television series. For some people, that will be quite enough."
Read more

"'Pimm’s Mission' from beginning to end will grip your emotions and intellect. The ensemble work, the direction, the theatrical elements appropriately cohere with the writing which is sharp, unexpected and devastating. This is a play for our time and its messages are not to be taken lightly. A must-see production."
Read more

"This is a play designed for these actors, as well as for the Midtown Manhattan location where it both takes place and is performed. The small, intimate theater is perfect for drawing an audience into the tale Pimm is spinning, a story that at first seems like simple chatter in a bar but ultimately has the potential to destroy lives as it spirals out of control."
Read more

"Most of what happens happens off stage, and so, 'Pimm’s Mission' misfires...It fails to deliver because it’s far too easy too see where the plot is going from the get go. Even when the denouement comes, there are niggling little holes in the scenario that make it unsatisfactory for the audience. As I said, Plot is a harsh mistress, and she can be a real pain when her needs aren’t met."
Read more