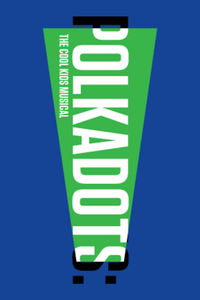 Atlantic for Kids presents a family musical inspired by the Little Rock 9, which reminds young audiences that our individual differences make us awesome, not outcasts.

'Polkadots: The Cool Kids Musical' follows eight-year-old Lily Polkadot who just moved to the “Squares Only” small town of Rockaway. As the first Polkadot in an all-Square school, Lily faces the almost impossible task of gaining acceptance from her peers. From daily bullying to segregated drinking fountains, Lily’s quest seems hopeless until she meets Sky, a shy Square boy whose curiosity for her unique polka-dot skin blooms into an unexpected friendship.

See it if you're looking for a fun show to bring small children to that encourages acceptance of all people.

Don't see it if you're expecting to grapple with all the nuance of what happened with the Little Rock 9.

See it if you have children who like fun musicals.

Don't see it if you hate children's musicals.

See it if You are not accepting of changes, you're bothered by being different and do not want to make a difference. 😊

Don't see it if You are accepting of changes, you're not bothered by being different and want to make a difference. 👍🏾👍🏾Up

See it if You’re into a great experience fresh faces and interesting story.

Don't see it if There is no reason not to see this!

"A colorful allegory set to rousing tunes, 'Polkadots' gives kids a look at not just bullying and inclusion, but more specifically segregation...The subject matter is heavy but important, and while most of the score is clever and catchy, perfect for the grade school set, some songs fall hard on the kids...The company of four throw themselves into their roles with a vigor (read slight overacting)...'Polkadots' is fun, vibrant and energetic, but it is also important."
Read more

"When the topic of discrimination comes up (if it hasn't already), don't bother trying to define it. Just take your children to 'Polkadots: The Cool Kids Musical'...The 55-minute performance takes a complicated topic and puts it through a kid-friendly lens—without dumbing it down or simplifying it too much...The musical numbers are all-out infectious. It's a small cast: only four actors, and all of them absolutely shine on the stage...The social message is the icing on the cake with this one."
Read more