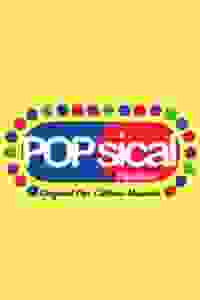 "Pop-Sical Festival: Original Pop Culture Musicals" is the inaugural festival focusing on pop-culture fixtures from the past and current topography by four emerging musical theater creators and composers.

Festival B includes "Geeks! The Musical!" and "#Adulting."

"Geeks! The Musical!" follows the adventures of a gaggle of geeks through a Comic Book/Sci-Fi Convention. Will the geek boy find true love and a mint copy of Batman #92? Will the artist and Goth girl sell their avant-garde comic? Will the has-been sci-fi actor get cast in the remake of his old TV show? These questions and more will be answered as they sing, dance and debate if Batman could beat Spider-Man in a fight! Be square, be there!

Imagine the Millennial version of Seinfeld. Now imagine it set to classical music."#Adulting" is a series of operatic sketch comedies about four 20-something roommates trying to figure out how to be grown-ups. Drew has to become more patient with his friends, Ruth needs to be less dependent on technology, Tony must master basic life skills, and Bucket...well, maybe Bucket has it all figured out.