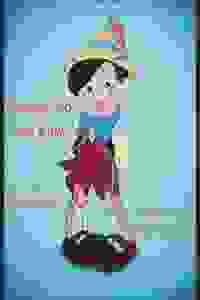 Pucker Up and Blow (FringeNYC) NYC Reviews and Tickets

A FringeNYC Encore: In Daniel Reitz's new outrageous comedy, an actor gets a chance to be on Broadway. But is it worth the sacrifice?

David, a young actor with only children's theater credits, is making his Broadway debut in a play by New York's "most inflammatory” playwright—but it means nudity and performing a lewd sex act. What's more important? Dignity or career?

See it if you remember how edgy & outrageous the Fringe used to be; appreciate scalding black humor to mock social conventions

Don't see it if you are a politically correct scold; easily offended by morally dubious themes & situations

See it if You want to see a play that deals w/issues of art, integrity & ambition. You're OK w/raunchy subject matter & nudity.

"Reitz spends much of his dark showbiz comedy slicing into the Bradshaw mystique...and his spoof of Bradshaw’s work is razor-sharp. The rest of 'Pucker Up and Blow' doesn’t rise to the same level. Most of the characters are ciphers or devices...and the play’s final quarter is noticeably rushed. But Dagger is exceptional: funny, sweet, frustrated and frustrating. He breathes enough life into every scene to keep the whole play afloat."
Read more

“Rather than either a purely uplifting finale or a bitterly dark one, we get a narrative arc - good guy put through emotional meat grinder who doesn't emerge without some lasting scabs - that feels inevitable. But perhaps for an actor chasing the big Broadway dream, it’s the most honest. Reitz and Schnee have crafted a thought-provoking, funny, and sometimes shocking production, which is exactly what you look for in the Fringe. “
Read more

"'Pucker' wins points for its skillful cast: Dagger's sincerity in his discomfort elicits a satisfying mixture of laughter and sympathy, while James comfortably revels in his character's pomposity...But the play encounters a pitfall when it pursues shock value too aggressively, especially when it's dealing with race...It turns what could be, with greater discretion a ripe source of satire, into something tiring...Those moments end up undercutting the effective ones."
Read more

“Really nothing fresh...The subplots of deception, infidelity, power, racism and revenge, are valid but are insipid...Kudos to the nudity scene which is not gratuitous...and is pivotal to the script, mostly resulting from the brilliant performance by Dagger as David...Reitz has penned a provocative script, but when considering our country’s present turbulent state of affairs, it comes to mind that this production may fuel the fires of desensitization rather than assist in extinguishing them."
Read more

"Where does shock value end and message begin?...Being as theatrical referential as it is, those not in the know may not grasp the message Reitz is trying to convey...Director Schnee allowed Reitz's comedy to shine through. Schnee assisted the company in finding the conviction within the characters without making them cartoons. Though the staging was occasional flat, there was a good sense of variety in stage pictures...An insider play that tackles sex and race within the industry."
Read more

"An extremely well-written, thought-provoking play that is absolutely hilarious at times…Asa James handled all his scenes with aplomb and was the anchor who held this play together. Daniel Reitz is a playwright you should keep your eye on. He shows extraordinary promise and is willing to tackle subjects others wouldn't think of touching. I highly recommend 'Pucker Up & Blow.' It takes you on a journey to the mountaintop and then shows you what is on the other side."
Read more

"Daniel Reitz’s often on-target satire skewers the egos in show business…The actual playwright of 'Pucker' has muchos funny ideas for characters…The show was 100 minutes with no intermission, but did not feel too long, as there was tonal variety and strong performances, with director Paul Schnee remarkably finding a balance between absurdity and believability so it did not become a cartoon, did not get preachy much in its ultimate point, and was not predictable."
Read more

"'Pucker Up and Blow' is a brilliantly funny exploration of power dynamics in show business—and, at least so far, my pick for finest play of the festival. Penned with exceptional comedic skill by screenwriter Daniel Reitz and starring delightfully nuanced actor Will Dagger, who I expect has a stellar career ahead of him, this show is virtually ready for a commercial run as is. As long as you're not offended by political incorrectness this is a must see."
Read more