In a gas station in Northern Ireland, barely north of the border, Pumpgirl gets few customers beyond lecherous men and cruel women who remark on her tomboyish appearance. Otherwise guarded, she has struck up a friendship with “no helmet Hammy” – an amateur stock-car racer who prefers to spend time with his unsavory buddies over his wife and children. As Hammy’s wife, Sinead, stays home alone, she simmers with rage over her isolated, disappointing existence. On Hammy’s birthday, their lives become perilously intertwined, leaving them face-to-face with a desperate future.

See it if If you want to see three very good actors tell their story. Sometimes annamated, sometimes too wordy, but effective direction makes thiswork

Don't see it if It can be depressing and slow. If you want an up beat show

In the first half of the play, the characters' issues are established, and we see them trapped in their own spaces: Sinead in an estranged marriage on the right, Pumpgirl seeking identity & companionship on the left, and Hammy seemingly carefree in the middle.

In the second half, as events unfold, the characters move. Sinead seeks freedom in the market, and travels to stage left where her lover dumps her. Pumpgirl gets raped at the mansion, then travels to stage right with the children, discovering her maternal instincts. Hammy is devastated by the rape on stage right, tries and fails to find refuge by going home to the left, and eventually finds his final relief in the center of the stage.

See it if u want to see 3 gifted actors deliver confessionals (in colorful prose) as 3 aimless souls on their fatalistic search for love & acceptance.

Don't see it if you're not prepared for a Northern Irish (but really universal) story of hapless, small-town restlessness that is as bleak as it is vivid.

See it if you're interested in a serious take on the age-old problem of abusing men & the women who, for different reasons, "choose" to stay with them

Don't see it if you want a drama: This play is structured as 3 interweaving narratives about an unconventional love triangle.

Also Abbie Spallen’s “Pumpgirl” fits perfectly into Irish Rep’s downstairs space, commonly dedicated to intimate, challenging, innovative work. Here the production & the performances–3 actors play 2 women & the man they share–are totally engaging, often gripping, especially when the particulars of the bent “love triangle” that they narrate become distressing. I say “narrate” because the play’s structure gives the 3 characters long monologs that intercut & recount the course of this triangle. At times this neat structure feels a little too cut-&-dry for the molten material, & it prevents the drama of encounters among the characters. (Rarely they look at each other.) But the writing is so humanly wise about this deeply flawed man, his wife & his girlfriend, & about the offstage louse of a man who insinuates his way into the lives of all 3 characters, that the structure hardly diminishes the deep final impact of this beautifully written & played piece.... Read more Read less

See it if partners views: Great Acting by all 3/ Connections all there. Dark intense story, Clever mini sets. No deep accents. Open seating

See it if you like monologues, here the story is told in pieces by the three characters who never interact. This is a good, realistic tale, well-acted

Don't see it if you want a happy theater experience. This is a sad story of rural life in Northern Ireland with what will be rough language for many.

Don't see it if Not a fan of Irish plays, have trouble with accents, don’t like strictly monologue plays (albeit 3 simultaneously) or dark, bleak subjects

See it if Three people who are lonely, sad, with too much drama.

Don't see it if You looking for a happy, fun show, or action.

Also You are been told of that happening by three actors. They never talk to each other.... Read more Read less

See it if you like 3 monologues that are really very depressing without much results. The acting is good and the staging is effective.

Don't see it if you like a story that leads somewhere. These stories are each very depressing and involve sexual violence and suicide and unfaithfulness.

Also Molly Sweeney had 3 monologues but the story lead somewhere. Also very thick accents. Try to sit facing the actors so you can read their lips.... Read more Read less

See it if you were a fan of "Molly Sweeney". "Pumpgirl" also uses, quite effectively, monologues to tell the story. Exquisite performances.

Don't see it if you don't like monolgues to tell a story.

Also Kudos to Irish Rep for unearthing this treasure of a play. Also, for rearranging their small studio theatre to accommodate the set for this play. I certainly look forward to Abbie Spallen's next play.... Read more Read less

See it if alternating monologues by 3 Irish characters whose stories intertwine, no direct dialogue between them; sad story of loneliness, longing

Don't see it if don't want intense story of infidelity, sexual assault; want uplifting; some brief parts where Irish accent or words might be confusing

See it if Impending tragedy in a fine exploration of frustrated lives well-played in a confined space attracts you. Lyrical language, tight direction

Don't see it if You prefer not to see or hear of men’s violence & women’s complicity. Some lines lost to Irish accents.

See it if great acting in stories that unfold via monologues. well acted in a small space which works for this intimate work

Don't see it if need action This play is just telling us the story by individual characters and one has to piece it together.

See it if You want to see three great actors in monologues describing their part in yearning, loneliness, and searching for love in Northern Ireland.

Don't see it if You need uplifting stories or have trouble understanding Irish accents.

Also This is a devastating story of three interconnected lonely people trying to find some meaning in their life.... Read more Read less

See it if You like fine acting — and can appreciate a tri-monologue format. Enjoy intimate theatre.

Don't see it if Are bothered by language or issues of sexual assault or suicide.

See it if you're a fan of monologues about working class people and their pains.

Don't see it if you need people to interact and not just recap what happened to an audience.

See it if You admire great acting - monologues are challenging, but all 3 handle them deftly. Tough story well done!!

Don't see it if Sad Irish stories are not your thing.

Don't see it if You dislike monologue style plays. Can't take anything very dark at this particular moment.

Also "And I need you more than want you, and I want you for all time
And the Wichita Lineman is still on the line" -Wichita Lineman, Jimmy Webb & Glenn Campbell

Pumpgirl is a dark tale of three people reaching out for connection in their isolated lives. it is directed without frill, and with lots and lots of ominous foreboding.

The performances are all great. For me, Clare O’Malley's performance was the most gripping, but the three characters are as diverse as they are fascinating.

The auxiliary characters are where the piece gets a little dicey. The villain of the piece is so cartoonishly evil that he makes all of the wrongdoings by our three protagonists seem inconsequential. In fact, almost everything in the evening seems inconsequential next to the fact that some psychopath is wandering this town and no one is doing anything meaningful about it.

The design elements are all very effective and the space is very well used. Irish Rep is a great theater and worth supporting!

See it if you want to see an intense play surrounding 3 characters who's lives are intertwined but the show is done in monologues. Great performances!

Don't see it if the subject of sexual assault or suicide is triggering. The show is very confusing at times because of its structure.

See it if Astounding performances by young actors & a trio of gut punch storylines. As Irish as it gets-beautiful writing, depressing as hell story.

Don't see it if Don't like the tell /don't show all monologues storytelling format. Not a feel good play by any stretch of the imagination.

See it if for a wonderful playwright whose characters are finely drawn in a deeply moving, sad and at times funny story about being loved, or not

See it if If you're OK with Irish accents, you'll be blown away by the powerful impact of this triple monologue story of a sex assault and aftermath.

Don't see it if If you have lots of trouble with Irish accents, and/or can be triggered by talk of sexual violence, you might want to pass on this one.

See it if you want a very serious play about twenty-somethings negotiating their difficult lives. Wonderful acting.

Don't see it if (a) Irish accents are hard to follow; (b) you don't want to hear a lot of cursing; (c) somewhat confusing to follow. 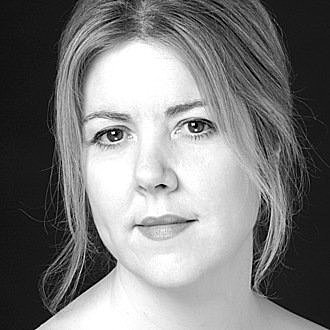 Abbie Spallen
Playwright
Get Alerts Alerts On Alerts Off 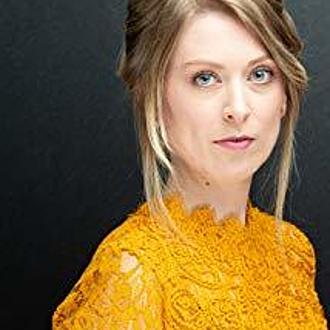 Nicola Murphy
Director
Get Alerts Alerts On Alerts Off