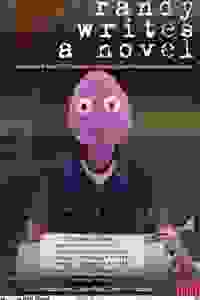 Randy, Australia’s most celebrated puppet comedian, teams up with a typewriter for an hour of spoken word and gratuitous arm movements. More…

Randy has played everywhere from Edinburgh to Hong Kong, Galway to Singapore to Sydney, and anywhere in between. Next stop — New York City, Here he will read excerpts from his unpublished novel whilst getting distracted by his own hate filled ramblings.

See it if you want to let your hair down (Randy does...and he's bald). This is one brilliant, expressive puppet. You'll laugh, you'll think.

Don't see it if you want a real show; this is stand-up. Audience participation is weakest part, but it wasn't horribly intrusive. Good escapism.

See it if Based on other reviews, maybe we caught an off show. But this was brutally bad. Jokes failed. Most of the audience left after 30 min.

Don't see it if You are at a matinee or have a half full crowd. It’s a night show requiring a few drinks. This is my worst reviewed show.

Also He used either puppet wacky humor or shock cursing for the laughs. He should have tried jokes instead. He’ll blame the audience for this one, but he failed to deliver an entertaining experience. We were actually uncomfortable with how bad it was. He started to revel in having people walk out. He should give up the puppet and just be himself.... Read more Read less

See it if you want to see an oddly likable stand-up puppet work the crowd & make you laugh about Hoarders, Hemingway, Harper Lee & the human condition

Don't see it if you expect an actual play; you shock easily at off-color language. [The appropriately named "Randy" may be purple, but he's also quite blue]

See it if you think you would like standup done by a puppet.

Don't see it if you expect a play. This is a mix of comic monologs and improv. Like a late night TV program.

See it if You love long-form stand-up comedy — and puppets!

Don't see it if You think this is a play or dislike stand-up comedy. If you won’t participate like you’re in a comedy club, it’s not worth going.

See it if Want to see a comedic riff from masterful writer/performer w keen eye 4 human foibles, skill 4 improv, & is good at reading the room.

Also I wasn't sure if I wanted to see this until I watched a few Randy videos on YouTube. You'll either find this an excellent piece of theatre or you'll hate it - I don't think there's much middle ground here.

The deep talent behind the curtain is Heath McIvor, and his intelligence and well-honed comedic chops are amply on display. He is a compelling storyteller and a chronicler of human emotions, often with an insight that can take your breath away. Some of the work falls a little flat (find me a comedian who nails every single story...) but mostly you're taken on a merry ride.

Saw this at the Clurman Theatre at Theatre Row in mid-May, 2018.

See it if You need a good laugh!

Don't see it if You don’t like a raunchy puppet performance.

Don't see it if expect show 2 please U without your own input, not expecting hybrid standup/puppet/theatre/discourse thing, offended by constant obscentiy

See it if You are in the mood for a comedy show hosted by an Australian puppet. A lively audience makes for a better show.

Don't see it if You want a more formal, structured performance. You don't want to take a chance on something that could be very funny or not.

See it if you enjoy comedy shows. This is basically a structured stand up show with a lot of improv and audience participation. Funny and entertaining

Don't see it if you want to see an actual play or assumed puppet meant family friendly. This is not a show for your kids.

Also If you like to participate and get roasted by the puppet then you should probably speak up in response to what he says and woo very loudly. The most obnoxious audience members were receiving the most attention. If you are scared of audience participation then stay quiet besides laughing and you will be fine.... Read more Read less

Don't see it if The above does not appeal. Minimal stage, minimal puppet, minimal movement. Cerebral Randy.

See it if You like conedy shows and muppets. You do not need a strong narrative.

Don't see it if You do not like one-muppet shows. You need a developed storyline or you are not into particioatory plays.

See it if you want to see something very different. Randy is purple puppet comedian. He made me laugh and I had fun.

Don't see it if you need your theater experiences to be meaningful. No moral or social consciousness raising in this one.

Don't see it if You don't like stand up with a puppet. You don't want to laugh. You don't have an open mind and are not ready for something different

Also I am not going to say that my stomach was hurting from laughing but I will say that this was an enjoyable afternoon and I did laugh quite a bit. I felt that this was a stand up routine with a puppet and he was funny. Randy also had some interesting things to say that makes you think. I like being enlightened and I enjoyed laughing so I enjoyed the entire afternoon.... Read more Read less

See it if you like clever unique puppetry, philosophizing, storytelling, audience interaction and some funny moments.

Don't see it if you favor serious unpretentious philosophizing, shaggy dog stories that are not mundane and consistently funny comedy.

See it if you liked Avenue Q. A tell-it-like-it-is character. Show has a standup show feel. Audience participation is encouraged :)

Don't see it if you're expecting a traditional theatre experience. Skip if you don't like the 4th wall being broken. It drags a bit in the middle.

Don't see it if you're not into stand-up comedy. Show scores when he's clever, witty, working off the crowd. Slows down midway, to an almost preachy halt.

Also It got unnecessarily uncomfortable.

There was a married couple from Scotland sitting in the front who'd seen the show in Scotland. They seemed to throw Randy off, and he all of a sudden got philosophical and preachy. Whether part of the planned shtick or not, it was weird, and brought the highly-energized crowd WAY down.

Otherwise some of the riffs, off-the-cuff wit and hilarious take on Hemingway (for example) had us in stitches. I even teared up more than a few times.

I'm not necessarily into stand-up and DEF not into puppets (had to be tied down and dragged to see Avenue Q), but was LOL'ing my ass off until he slowed down drastically, as if he'd had some sort of weird epiphany all of a sudden.

"New Show" each night. I'd consider seeing it again to see that concept come to life.

See it if You enjoy shows heavy on audience participation, stand up style, puppets, Australian accents

Don't see it if Must have seen it on a bad day. Randy could not connect with the audience and didn’t change tactics. Many left after 45 mins. Uncomfortable

See it if A purple puppet living through an existential crisis in search of its legacy.

Don't see it if A purple puppet living through an existential crisis in search of its legacy.

See it if Original humor appeals to you

Don't see it if You hate puppets

See it if you are looking for fun evening. Was surprised by the intelligence of some of the humor. You must be willing to play along with Randy!

Don't see it if you want a play. It's basically stand-up with a puppet. The quality of your evenings performance is based on the crowds participation.

See it if Want to see something different, relevant, honest, funny and edgy. Interactive show that pulls in audience and makes you think.

Don't see it if Don't like comedy, one man/puppet show, don't like jokes about politics, religion or subjects that matter that are controversial.

See it if If you want to see a puppet comment on society and involve the crowd. He has some points that are relevant today and a good message.

Don't see it if You prefer a play where the plot actually happens. You do not like puppet shows.

See it if you like interaction with the performer and enjoy puppets.

Don't see it if you want intelligent, funny dialogue.

Also Some people in the audience laughed out loud. There were some smiles throughout the performance,... Read more Read less 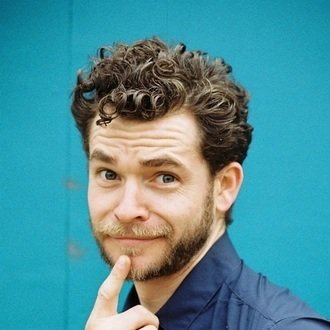 Heath McIvor
Writer / Director
Get Alerts Alerts On Alerts Off