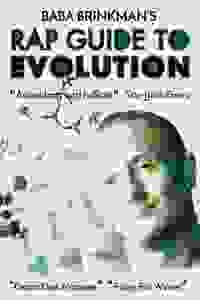 Baba Brinkman combines the skills and charisma of a rapper with the precision of a scientist, offering deep insights into human nature and the origins of all living things, including rappers.

Don't see it if If you do not like hip hop or rap music.

Wish I Could See Them All
Syosset
50-64 | Male
671 reviews
Get Alerts Alerts On Alerts Off
75
Clever, Refreshing, Thought-provoking, Quirky, Awkward
February 24th, 2019

See it if Impressive rhyming. Good music. Some novel ideas, even for someone familiar with the science.

Don't see it if Baba seemed to tiptoe around sensitive topics, worried that he would offend people. Audience participation fell flat.

See it if u want to see a smart, original, well-researched, inventive, entertaining, accessible (& one-sided) hip-hop TED Talk on Darwinism/Globalism.

Don't see it if you're a hardcore creationists (whose views are peremptorily dismissed very early in the show); you like to sleep with mean people.

Also I have seen all of Brinkman's Rap Guides & this was the 2nd time I've seen this particular one (which, I believe, was the original). This unorthodox theatrical presentation of a complex concept (the theory of evolution) that has been oversimplified over time is shrewdly performed by Baba Brinkman in a complex art form (rap) which has also been oversimplified over time. But he not only uses rap as the genre for his songs, he also uses the art form as a metaphor for evolution and natural selection. Brinkman is an adept rapper and he provides a great soundtrack to a smart production. I was really pleased to see such a diverse crowd, in race & age & gender; for this show is more broadly accessible than either the subject or the genre would suggest.... Read more Read less

See it if you'd like a refresher on evolution vs. creationism done with good insight, humor and mostly delivered in rap by a guy who knows his stuff.

Don't see it if you don't like rap or you do not like being challenged with science. There is a little bit of audience participation.

Don't see it if Come to celebrate kinship with primates, but tribal natural selection genetic rhyming code into one helicoidal hip-hop lane not yer thing?

See it if Rapping to Charles Darwin evolution in a interesting and fun way.

Also I am not a fan of rap but this was great and very interesting too. The whole show was great.... Read more Read less

See it if You want something different-a cleverly constructed solo show teaching evolution through hip hop. Not theatre per se, but very entertaining.

Don't see it if You can't tolerate any form of hip hop, even in a very mild form. But you should definitely go if you don't believe in evolution.

See it if You like rap and smart topics. The show was very entertaining. Great job baba

Don't see it if You do not like rap

See it if You like the rap music genre and are curious and concerned about our existence..the how and the why we behave as we do.

Don't see it if You don't like wordy dialogue. It is long and complex and attention must be paid.

See it if you want to see a brilliant presentation about evolution and Charles Darwin, exquisitely researched told in rap style/ multi-media format.

Don't see it if you have no interest in evolution and are not ready to listen to a very fast-paced performance; dislike solo performance shows.

Also I do not follow rap and admit there were several references to rappers that I could not connect with - but I was impressed with the amount of research that Baba Brinkman brought to the show and his top-notch performance. I especially like one message he promoted about leaving a mark on society - "don't sleep with mean people".

I found it informative and fun. I kept thinking that my 12 year old grandson would love this show.

I saw this show at the Soho Playhouse in Jan 2019.

See it if you want to learn something, be entertained and enlightened. Baba is a talent!

Don't see it if You can't bear rap music, or hate thinking.

See it if you like intelligent and entertaining theater &, yes, he's actually a white Canadian rapper.

Don't see it if you only like things you consider the norm. This isn't that.

Also His intelligent and funky raps actually have research references and bibliographies! Go figure and go see it. Or any of Baba Brinkman's shows.... Read more Read less

See it if You enjoy rap, evolution, deep conversation and/or want to be entertained. Baba is a genius, I’ve see Rap Guide to Consciousness also great.

Don't see it if Nothing bad to say, it’s a must see. Looking forward to the other versions of Rap Guide.

See it if To see a smartly written one man show that is entertaining and informative, r.e. topic of evolution explained through rap & hip-hop

Don't see it if You do not like intimate one person shows, you want a linear story play, you hate rap and hip-hop, have no interest in topic of evolution.

See it if You like to think and be challenged and laugh; this is super smart stand-up in an innovative package

Don't see it if You were hoping for more a traditional rap show, you want to laugh without also having to think

Jon 6230
Port Washington North
50-64 | Male
91 reviews
Get Alerts Alerts On Alerts Off
91
Humorous and intelligent explanation of evolution using rap to tell the story and as examples.
January 22nd, 2019

See it if You are interested in evolution and are open to learning about it in an innovative manner.

Don't see it if You want to see a big Broadway traditional musical.

See it if You want to get some knowledge dropped on your dome.

Don't see it if You’re not a fan of hip hop or rap or material that will challenge you or force you to pay attention.

See it if raps about science is what you like

Don't see it if you want like a real show

See it if Your a fan of rap & want to be entertained. Want to be made to think. Baba is a excellent.

See it if You will be intellectually engaged throughout 90% of the show. There are a few “I never thought of it that way” moments

See it if Terrific all round and I am not a rap fan - highly thought provoking and well performed. I am a African! Don’t have sex with mean people! Go

See it if you are curious about the intersection of theatre, scientific research & analysis, and hip hop culture.

Don't see it if you're averse to waving your arms around like you just don't care, participating in call & response, and staying for a Q & A with the artist

See it if You enjoy thoughtful, intelligent discussions and a new perspective on the evolution of rap. Brilliant writing!

Don't see it if You are looking for mindless entertainment. Don't enjoy rap

See it if you are a rapping fan and want it based on serious content. Ingenious creativity, word-play and unique show but you gotta love rapping.

Don't see it if Don't like hip-hop rap or want to just sit back and be entertained; it takes some effort to listen to everything and absorb it but worth it 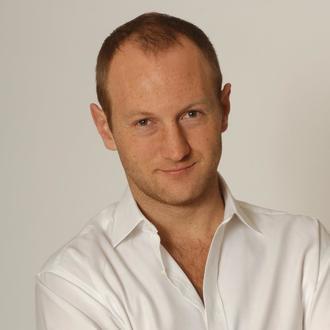 Baba Brinkman
Writer / Performer
Get Alerts Alerts On Alerts Off