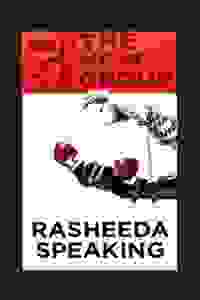 A play about workplace drama and race relations in America today, starring Tonya Pinkins who won multiple awards for her performance. More…

A gripping drama examining the realities of so-called “post-racial” America using co-workers who are driven apart by the machinations of their boss. A chilling power struggle ensues that spins wildly out of control.

See it if you're fascinated by racism, even if RS lacks a POV or resolution. RS w its inconsistent characters raised more questions than it answered.

Don't see it if you want to root for someone; no one was likable. It was hard to tell truth from lies. The humor was strained; material repetitive. Dull.

Also I don't know what the play was trying to say about racism or even about office politics. I felt almost entirely unenlightened by it. Even the two strong actors (Wiest and Pinkins) couldn't pull off this flawed script.... Read more Read less

See it if amazing acting, well written plot that grabs you from the start.

Don't see it if you don't like great plays.

See it if You want to see excellent performances by 2 talented actresses and a story that draws you in from the beginning.

Don't see it if You aren't interested in stories of office politics, but even if you aren't you will probably still find this show entertaining!

See it if You like plays about the racial debate/divide.

Don't see it if You're not interested in new plays that deal with topical issues.

See it if You like Tonya Perkins or Dianne Wiest, who both shine with so-so material. We all know people like Rasheeda!

Don't see it if Office politics don't interest you, or you have enough manipulative toxic people in your life and don't need to see more of them onstage

See it if You are up for a complicated treatment of race and other dynamics in the work place.

Don't see it if Hate plays where everyone is flawed

Also The characters are not entirely unfamiliar but in order to get the complex set of circumstances that the story line requires the playwright constructs characters who not only deeply flawed but do a bunch of Jekyll & Hyde switch-ups on top of it. The changeable and inconsistent personality traits just irritated me.... Read more Read less

See it if You are interested in social issues.

Don't see it if You didn't prefer heavy material, in the plays you see.

“Rasheeda Speaking” hasn't been reviewed by any Critics (yet!)