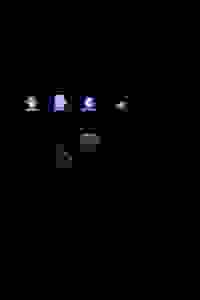 Re-Member Me NYC Reviews and Tickets

When Beau realized that he might never play Shakespeare’s tragic prince, he decided to turn himself into a human Hamlet mix-tape. Humorous and haunting, 'Re-Member Me' is part documentary theatre, part 21st-century séance adventure through cultural landscapes and a contemporary ghost story. In an ode to the impermanence of personhood and posterity, Beau chronicles the remarkable story behind the greatest Hamlet almost never seen.

See it if theatrical history and imaginative productions appeal. Less about Hamlet, more about famous actors who played him. One astounding monolog.

Don't see it if avant garde work is not for you. It is a one man show where the actor spends his time arranging props. Plot takes a long time to appear.

78
For knowledgeable theater buffs, I found it puzzling, Quirky

See it if You are up on theater doings and history.

Don't see it if You dislike avant-garde theater. Read more

See it if you want the see the Hamlet of the decade.

Don't see it if you are not into classic and universal literature. Read more

See it if you love Hamlet, you love Dickie Beau, you love projection, or you love lip-syncing, no matter the style

Don't see it if you want something with a concrete plot - though if that's true, you might as well avoid UTR altogether

See it if you are interested in philosophical explorations of art

See it if you like one-person shows and modern recorded music and ambitious avant garde showmanship with Hamlet references.

Don't see it if You want more traditional theater. If you don't like modern performance art style one-person shows this would not be for you.

“Seems to be a multimedia meditation on ‘Hamlet’ and the British actors who have triumphed in the role...But in the second half, a narrative haltingly takes over...Beau is interested less in ‘Hamlet’ itself than in the cultural space where ‘Hamlet’ intersects gayness as gayness intersects loss...If we eventually come to understand that gesture as an act of reconstitution, that does not make it especially coherent...But as a theatrical parable, ‘Re-Member Me’ is powerful."
Read more

"Beau's experimental, fragmented, and often very funny meditation on 'Hamlet' begins with a whimsical scene...We soon see that, as in 'Hamlet' itself, soberer musings anchor the humor...Memorable for its tender, thoughtful examination of the way a monumental work like 'Hamlet' can inspire us to reassemble ourselves...Affecting and at times poignant, a testament to the power of theater to help us re-collect the past, build upon it, and heal from it."
Read more

"Not so much as a performance of 'Hamlet' as a riff on the subject, incorporating much of the expected campiness that comes from lip sync culture...It is admittedly a bit disappointing that so much of the show involves this video footage instead of live lip syncing...Beau occupies himself by reconstructing a collection of mannequin parts...The symbolic gesture resembles an attempt to reconstruct the lost gay culture...A touching memorial to the achievements that were not to be.”
Read more

"A masterful lip sync artist, he truly re-members these Hamlets of the past, giving them faces and bodies, and over the course of an hour, he brings to life a multitude of people each wildly different from the one before because of the intricate physicality he graces each voice with...He populates a rich and expansive world full of personalities that almost makes you forget that it’s only him up there. It’s a wonderful performance."
Read more

"Without uttering almost a single word until the final scene, Dickie Beau speaks volumes in his latest show...An eclectic ‘Hamlet’ mixtape...Beau brings his own mixtape of skills in order to create this mixtape of Hamlets. Dance, lip synching and movement all combine to create visually stunning moments...In one short hour, Beau creates a handful of caricatures, each distinct from the last...Beau is in his element here. ‘Dickie Beau: Re-Member Me’ is hard to forget.”
Read more

“In Beau's hands – on his lips – lip-syncing becomes so much more than mere ventriloquism. He's no dummy, opening and shutting his cakehole in sync. Instead, he rearranges his whole face to fit this voice or that...He wrings lipsyncing for all its resonance – questions of liveness, queerness, artifice, and authorship. The act of it – the art – asserts its own virtuosity...As the ultimate everyman, Hamlet ends up standing for us all. Who, Beau asks, does that obscure?"
Read more

“Theatre is by its nature an ephemeral art form; the traces it leaves behind linger mainly in the memories of the living...An idea played upon in this remarkable show...Beau acts as a kind of medium at a wonky seance....The show is gleefully gossipy, but it made me well up, too, as it magnifies the whispering ghosts of performance history and makes us contemplate our own mortality.”
Read more

“Well here is another one from voice sync artist extraordinaire Dickie Beau in the kind of work that will still be coming up on ‘best of’ lists in a decade. It’s magical...Finally coming into focus is the account of Ian Charleston...It’s clear from the talking heads, each given pitch-perfect syncs by the extraordinary Beau that the theatrical family closed in on one of their own and willed him for one last success."
Read more