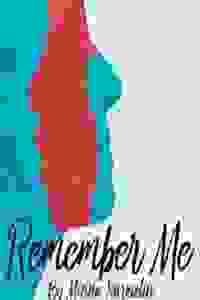 Part of FringeNYC: Helena is trying to move on from her past. Anna is in grave doubt about her own future. Two complete strangers struggling with identity learn to help each other in this unconventional and highly perceptive play from Finland.

Scandinavian American Theater Company (SATC) is a non-profit theater company founded to provide Scandinavian perspectives through the new generation of Scandinavian playwrights and theater artists. We present contemporary plays and inventive takes on the classics from the Nordic region, which includes Sweden, Norway, Finland, Iceland, Denmark, Greenland, and the Faroe Islands. We are committed to strengthening the relationship between Scandinavia and the United States through collaborations and interdisciplinary artistic exchange that examine and challenge the cultural status quo.

Remember Me is an unconventional comedy and a highly perceptive piece about life’s painful experiences, offset by sharp dialogue and offbeat humor. We follow two women meeting for the first time during pivotal moments in their lives: Helena is trying to move on from her past and Anna is in grave doubt about her own future. Two strangers that struggle to regain their identities while finding strength in each other. Join us for the US-premiere of one of Finland's best contemporary female playwrights.

See it if looking for a well-acted intimate play

See it if you are looking for something a bit different. Very European. Some inspired bits of staging here.

Don't see it if you don't want to be challenged. It deals with some big issues but in a fairly light way.

See it if you want a crisp two-hander, and you're compelled by the premise that you might be more yourself with strangers than people you know.

Don't see it if you need a firm resolution to things, since these two characters end the play still very much in inner turmoil.

See it if you like intelligent writing and great acting

Don't see it if you don't like sparse set design

See it if Conversation is a form of art that strikes you.

Don't see it if You want to see Sylvester Stallone.

See it if you want to see characters explore who they are as an individuals.

Don't see it if you want to see something memorable, because this play tried to do too much and nothing stuck out. I give it a C- grade.

See it if You enjoy verbal gymnastics and good strong performances

See it if You enjoy stories that reflect the trivialities & challenges of existence. Delivered with poetry, specificity, timing and Penache.

Don't see it if You only like sci-fi or musicals or want a big show. This is intimate theatre. It's 2 characters, few props. The writing/acting is in focus

"Both women feel aimless; unfortunately, so does much of the play. While the set-up is thought-provoking, the execution is often stilted...And although the difference in personalities between the two women inspires some funny moments—particularly in Anna’s many conversational blunders—the play’s cerebral soliloquies are hit or miss. Both characters are keeping secrets from each other, and the climactic revelation of Anna’s is moving. Yet the play as a whole remains a fixer-upper."
Read more

"O’Kane skillfully navigates us though the funny and tragic moments that make up the lives of these two different women, and Sanders and Sirviö both do a terrific job at handling the emotional moments and interior monologues in the play...At times the play itself seems to meander, but Nurmelin creates luminous and appealing characters and an engaging story...'Remember Me' is a beautiful, wistful, and often funny play that I won’t soon forget."
Read more

“The actresses render their characters with multiple layers and the complexity of women who have tried to live their lives as best they could, only to find each questioning their choices and themselves. ‘Remember Me’ touches on mortality and lays bare the limitations of cultural expectations placed on womanhood and femininity, and the ideals that are still so heavily ingrained in people even when they challenge these expectations and ideals.”
Read more

"These two actresses are powerhouse performers…The dialogue is complex and requires actresses who can make meaning in the spaces between the unrelenting tsunami of word patterns. They make magic out of the cerebral conceptual verbiage…Director Drew O’ Kane has ensured a fast, electric pace to keep the dialogue dynamic and naturalistic...It is a polished and clever production…It’s cerebrally very satisfying…A slick, well put together, little brain-bending gem."
Read more

"The writing was well done, but almost too well-done...The entire point of theater is to stretch the imagination of the audience through thought-proving moments on stage, not tell them why or how they should be thinking…Overall, 'Remember Me,' was a great attempt at capturing two women’s present and subconscious psyche. It was enjoyable to watch this idea appear on stage, but tweaking is still needed in order to engage the audience more and quite frankly, excite the audience."
Read more