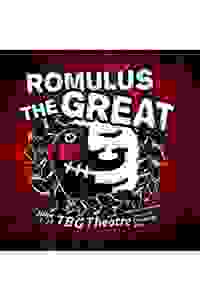 A historical comedy without historic basis, Friedrich Dürrenmatt's absurdist re-imagining of Romulus the Great sees the Roman emperor choose not to be 'great' at all. More…

Facing the increasing peril of the Germanic invasion and the demise of the Empire, Romulus prefers to stay at home breeding chickens. Is his refusal of responsibility to govern stupidity? Or does he have other plans?

See it if you have an interest in Theater of the Absurd, Brecht’s descendants, philosophical theater, parables of power or the postwar European psyche

Don't see it if you have no taste for theater that is not a naturalistic story.

Also As I’ve written before, I have great respect for the small theater companies of NYC that with few resources produce important plays from outside the US that we’d never experience if not for them. When those productions are also well staged & played, what a delight! Yangtze Repertory is now mounting a strong, absorbing production of Friedrich Dürrenmatt's “Romulus the Great.” There was a time—50 years ago—when this post-WWII German-speaking Swiss playwright had occasional productions in the US, mostly of “The Visit” & “The Physicists.” He was an intriguing figure, successfully blending 2 often-contrary styles of current European playwriting, the Brechtian & the Absurd. “Romulus,” his first success, is almost never done here, & what a shame. It’s a sharp parable about power, providing insight into a European psyche shaped by a near-annihilating, fully manmade catastrophe. The design here is a special pleasure, a smart, clean visual analog for the central character’s curious brain.... Read more Read less

See it if You want a non-historical, satire of old politics that's relevant to new politics. You want to see a rarely-seen classical play.

Don't see it if You prefer contemporary political satire. You want a revised classical play. You want an equally trained classical cast-some good, some not.

Also Patience pays off. While it gets off to a slow start & opens with the weaker actors, both the story & the acting improves during Act 1.... Read more Read less

See it if It's funny at times. I mean if you're interested in the time. But you don't really have to even like the time to see this.

Also You have a 10-minute intermission is general admission so you can sit where you want to sit.... Read more Read less

See it if Large cast in wonderful costumes romps through the late Roman Empire. Adaptation of a German play that reads like a Shaw history play.

Don't see it if over-acting bothers you, but it's part of the satire. Some of the script is repetitive. The Emperor's fondness for chickens is priceless.

See it if you're interested in historical shows treated in a farcical manner. This show admittedly plays fast & loose with the truth.

Don't see it if you have little patience with amateurish attempts at humor.

Also During one long scene,half of the fake mustache of one of the actors kept flapping every time he spoke. To his credit, he gamely continued on while trying to reattach it, unsuccessfully. Both he & the other actor deserve credit for not cracking up.... Read more Read less

See it if you want to see how a great satire can fall apart in the wrong hands. The director and cast do not understand this art form.

Don't see it if you expecting to see one of Durrenmatt's great plays well done.

See it if you like Monte Python genre political satire and understand parallel to current political events, English spoken rapidly, and Roman history.

Don't see it if you cannot sit for 2 hrs. with 1 interval, do not understand English spoken rapidly or political satire, or prefer musicals to comedy/drama.

Also If you see the show, please let us know if you agree with my suggestion to the set designer: Add to the gallery adjacent busts of Donald J. Trump and Kim Jong Un, both smiling, their eyes focused on each other.... Read more Read less

See it if you want to take the opportunity to see a performance of one of Durrenmatt's most famous plays.

Don't see it if you can't put up with actors who rush through their lines, failing to enunciate clearly; don't like "camped up" versions of classics.

Also The first act was really pretty awful. The staging was "over the top" IMO. Near the end of the first act, the mood shifted and the acting improved. The second act was much better than the first.... Read more Read less

See it if You can put up with something that feels like it came out of a freshman drama class.

Don't see it if You want cohesive story, good acting, or a point to it all.

See it if You have a very high tolerance for ham acting, ludicrous costumes, awkward staging, and endless boring dialogue.

Don't see it if You were hoping to see a clever and witty updating of a classic old play. You will be disappointed.

Also The postwar politics of Dürrenmatt's 1949 parable may indeed have some resonance for our current political moment. But no cogent case is made by this ambitious but misguided showcase. Despite some stylish design and directorial flourishes (how about that chorus of chickens dancing to 60s synth pop?), the production meanders through several tones and approaches, depending on the varying abilities of the cast. There are some amusing moments, however, it's difficult to tell from this showcase whether the play might still be viable.... Read more Read less

See it if you're scouting for set designers. Chika Shimizu's savvy single set is playful, inventive, handsome, and economical.

Don't see it if this will be the first play you ever see of Friedrich Durrenmatt. This is not the playwright's strongest work.

See it if you enjoy solid set design.

Don't see it if you’re expecting a cohesive piece and translation.

See it if you relish intelligent tragicomedies inspired by historical events that, under cover of satire, transmit a profound message.

Don't see it if if plays that straddle the satirical and philosophical realms by using characters from Roman antiquity would not appeal to you.

Also The space was wonderfully designed and the theater was a lovely space. I had high expectations and was terribly disappointed by performances that were trying too hard for the laughs and characters that were more like caricatures.... Read more Read less

See it if You enjoy the drawn out lead up to a punchline and an intense enndig.

Don't see it if You are not ready to sit through the slower first act and to enjoy the build up to the 'punchline'.

Also It started out as somewhat dull and funny aand turned into dramatic and funy.... Read more Read less

See it if It’s ambitious, I’ll say that. Tries to make a fascinating period of history relevant.

Don't see it if It tries for comedy but seems nonsensical and farcical. It’s campy.

See it if Inventive staging and costumes. Somewhat amusing and original.

Don't see it if Heavy on dialog, and some of the cast rushed through the dialog and did not enunciate clearly.

See it if you are interested in Roman history that is heightened, exaggerated and presented as farce. Broadway quality set and design.

Don't see it if you have no interest in history or works by the great Swiss author, Friedrich Dürrenmatt and if you don't want to laugh at the absurdity.

See it if you want to see a fun set design.

Don't see it if you don't like historic comedy.

See it if You want to support an enthusiastic company in a clever show with good sets in a small comfortable theater .

Don't see it if You have no patience with a semi professional performance.

See it if You want to see talented actors in beautiful costumes on a gorgeous set playing with a “historical” dramedy.

Don't see it if You don’t like classical text or having to think too much to keep up with the plot.

See it if lots of very strong performances.

Don't see it if you prefer musicals of fluff.

See it if you enjoy theatre that speaks to our current political climate, terrific performances, above average production values.

Don't see it if you are easily aggravated by an inconsistent tone or occasionally weak acting/directing choices.

“The spirit on stage, where Chika Shimizu’s geometrically spare set incorporates palace and chicken coop with a feel for pop-art imperium, is farcical and more than a little absurdist. Especially with that opening dance routine...The play, perhaps, invites immediate analogy to whatever conditions...
read more
Get Alerts Alerts On Alerts Off 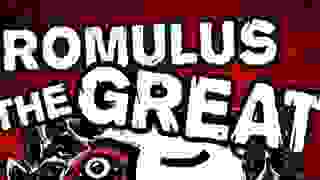 Yangtze Repertory Theatre (Chongren Fan, Artistic Director; Sally Shen, Executive Director) announces a new production of Romulus the Great, by Friedrich Durrenmatt, based on the translation by Gerhard Nellhaus, directed by Chongren Fan. With performances beginning on Thursday, June 7th at the TBG Theatre (312 West 36thStreet, 3F), Romulus The Great will celebrate it's opening night on Saturday, June 9, and will play through Saturday, June 23. 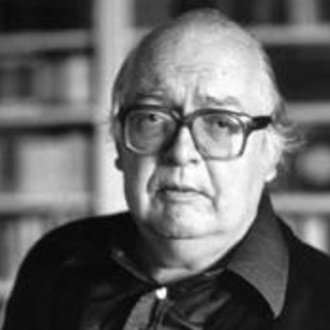 Friedrich Durrenmatt
Playwright
Get Alerts Alerts On Alerts Off 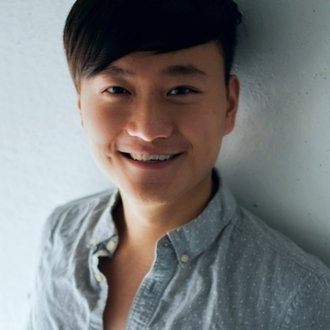 Chongren Fan
Director
Get Alerts Alerts On Alerts Off 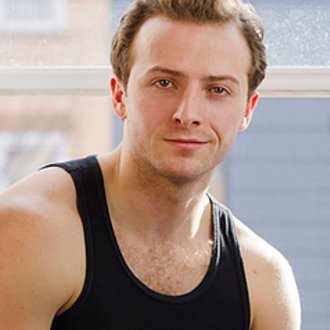 Byron Clohessy
Cast
Get Alerts Alerts On Alerts Off 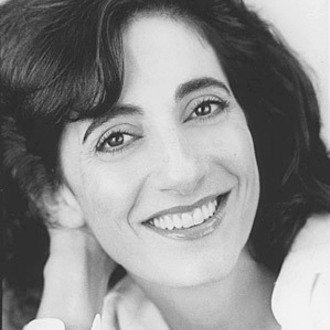 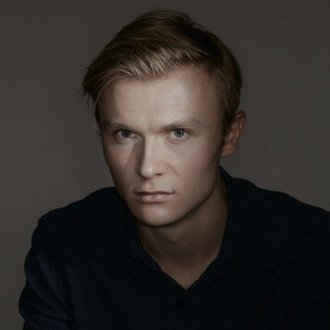 Marcus Crawford Guy
Cast
Get Alerts Alerts On Alerts Off 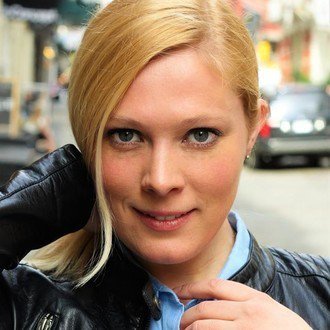 Annemarie Hagenaars
Cast
Get Alerts Alerts On Alerts Off