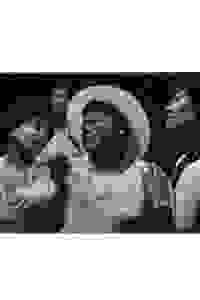 Rosalee Pritchett and The Perry's Mission NYC Reviews and Tickets

As part of its 50th anniversary season, the Negro Ensemble Company revives these two one-act plays exploring themes of black struggle. These works were originally produced by the company in 1971.

The plays date from a year when the Vietnam War was raging, and Black Power politics were mobilizing disparate counterculture activists. ‘Rosalee Pritchett’ is a devastating indictment of the black bourgeoisie. It centers around the members of an upper-class black wives' bridge club, one of whom is raped by lower-class white National Guard troops. In ‘The Perry's Mission,’ a black male militant challenges various people in a bar about their black identities with violent results.

Don't see it if you want to see something new. Both plays were written over 45 years ago. Read more

See it if you are interested in the history of Black Theater of the 1970's and mind set of its playwrights.

Don't see it if if the "N" word offends you. Read more

See it if You want to see what happens in an affluent black neighborhood during the riots of the 70's. You are ready for a play with a twist.

Don't see it if You are easily offended by the "N" and the "B" word. You don't have an open mind.

See it if Both imparted important messages in their day but neither, especially the first is very good.Not worth reviving except for historical value.

Don't see it if Many of the actors were amateurish, costumes way off. I would prefer to hear from some of the more talented contemporary black playwrights.

See it if You enjoy wonderfully written and relevant One-Acts!

Don't see it if You don't enjoy thought-provoking and relevant plays.

See it if You like to take a look at the history of the struggle of African Americans and you want to see old theaters.

Don't see it if You want to watch something new, although these discussions about black & white are still relevant today.

See it if subject matter that may seem dated but still is relevant today.

Don't see it if the subject matter is discomforting to you

“A powerful and thought-provoking evening of intelligent, political theater…Though humorous, campy at times, and heart-wrenching, these performances beautifully turn reality on its head and inspire a call to action...‘Rosalee Pritchett’ and ‘The Perry’s Mission’ are especially fascinating to watch back-to-back...These beautifully crafted plays, about the ways people view race, women, and African-American culture as a whole, have messages that stick long after the curtain falls.”
Read more

“I wanted to love ‘Rosalee Pritchett,' the costumes were fabulous, the acting by the entire ensemble was above par, and the writing was thought-provoking. But I kept getting taken out of the moment by technical issues...‘The Perry’s Mission’ has all the elements in place…With a fine-tuned ear for dialogue, a nuanced understanding of the issues driving his characters, solid plotting and the well-timed use of humor to cut the tension, Young has created a crackling piece of theater.”
Read more