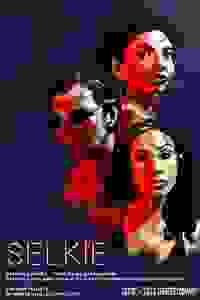 This dark, offbeat world premiere from Dutch Kills centers around a couple who encounter a half-woman, half-seal creature of myth.

American couple Keaton and Deanna, saddled with debt and buoyed by lust-driven optimism, move abroad for a fresh start. In their attempt to reinvent themselves as enterprising expats, they’re plunged into a torrid triangle with Alondra, an alluring and mischievous Selkie. Keaton’s aggression and Deanna’s complicity in Alondra’s exploitation result in a maelstrom of perverse romance and wet revenge in exploration of domestic violence – of being trapped – and two approaches to escape.

See it if U want an absurdist play. Funny some good acting. Nicely directed

Don't see it if If you do not want a mythological play.

See it if you are interested in new ways of telling a story onstage.

Don't see it if you have no patience with very short scenes & fragmented action. Read more

“The set design is misguided, too literal...More elemental, though, is a lack of chemistry between DeNoble and Rodriguez that makes Deanna and Keaton unconvincing as a married couple...Dickson layers on some nice effects, most notably pop-culture images of idealized domesticity in projections by Birykova. But the production doesn’t do much to ground or clarify a tangled play whose smart and intriguing premise, alas, never comes close to paying off.”
Read more

“’Selkie’ is not a major opus of dramatic literature but it’s quite likeable and sustains its 75-minute length. Taking place at an unnamed foreign coastal locale, the atmospheric exoticism and pervading sense of doom amidst the comic antics recalls a grim film noir scenario cleverly crossed with fantasy. Besides the vibrant performances, what puts it over is the superlative presentation...’Selkie’ is a cool and entertaining diversion.”
Read more

“When we are first introduced to Deanna and Keaton, all seems hunky dory...The show progressively turns darker and darker...'Selkie’ is strange, yet unique, with unspoken ideas and symbolism galore...Knight explores issues of self-determination, relationship abuse, gender dynamics, loneliness and isolation...Dickson’s vision and the cast’s character choices add yet more layers...All in all, it's been fun trying to describe this strange yet enjoyable show to my friends and family."
Read more

"Whenever I think of Krista Knight, radical optimism comes to mind...There’s a sense of playfulness to the way she approaches and even dissects the darkest of subject matters...We see the tragedy of this toxic relationship clearly, but with a refreshingly high-energy rhythm, and a fearless embrace of humor. 'Selkie' is an entertaining play even as it gives you pause...Some of the non-verbal storytelling moment are somewhat confusing...A fascinating play that’s been skillfully staged."
Read more

“A lackluster tale of sex, romance, kidnapping, drug addiction, and domestic violence...This mediocre and underwhelming script – along with the fairly decent, but not outstanding, actors failed to get theatergoers to care for the characters or to think about the issues it explores...The main redeeming qualities of this show have everything to do with its visual aesthetic – with regards to the show’s set and lighting design."
Read more

"'Selkie' at The Wild Project is a fun play. It has humor, absurdism, it makes you think a little and has a very creative set...All three performers do an admirable job, but this show belongs to Keaton, (Federico Rodriguez)...'Selkie' with a little refinement could become a really good play. The campiness is fun at times, and cookie at others. The middle of the show could be tightened up a little and more mainlined to make the play go more smoothly."
Read more

“’Selkie’ is a smart and darkly funny play...Dickson’s direction complements Knight’s excellent writing...Acting is solid throughout...The only weak spot in the evening is Dispatch Combat Collective’s fight choreography toward the end of the play—it wasn’t bad, but felt a bit underwhelming for a high stakes moment in the play...Overall, ‘Selkie’ is a work that manages to be both funny and thought-provoking...Knight’s dialogue and plotting are smart and finely tuned.”
Read more