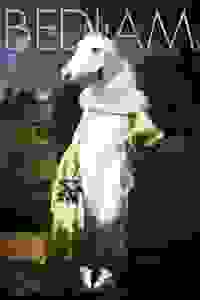 Bedlam presents a playful new adaptation of Jane Austen’s beloved novel, following the fortunes and misfortunes of the Dashwood sisters.

When their wealthy half-brother cheats them of their fortune, Elinor and Marianne Dashwood are left penniless. They are forced to leave the comforts of Norland Park and relocate to chilly Barton Cottage in Devonshire. But when John Willoughby, a handsome stranger, arrives one day with a rain-drenched Marianne in his arms, the sisters are convinced that their fortunes are changed forever. After a successful January-April 2016 NYC debut, the show is closing briefly and then reopening for an encore run in June 2016.

Don't see it if you're a purist & want your Austen served classic. At points the actors having many roles can be confusing.

See it if You like Jane Austen or romantic period pieces. It's a super clever production, innovative staging, intimate and delightful night out.

Don't see it if You aren't a fan of Jane Austen. The cast plays multiple roles, sometimes it works and other times it doesn't.

See it if You would like a wild fast paced interpretation of Victorian romantic satire, in an intimate venue. A wonderful experience!

Don't see it if You don't like to interact directly with the actors, or you don't like romance, or you prefer plainer language.

See it if you can. This is smart, clever, innovative, witty, charming, entertaining theater at its best. Another stellar re-imagining from Bedlam!

Don't see it if ...I'm at a loss here. Everyone should see it. Even if you hate Jane Austin, you'll be charmed by the actors & dazzled by the theatricality.

Don't see it if you are too tied to the writing of Jane Austen an cannot enjoy flexibility and fun..

See it if You're a Jane Austen fan and/or like new, quirky versions of classic works that are playful with form and staging.

Don't see it if You're not a Jane Austen fan or think quirky revisals are a lot of style over substance. I'm not an Austen fan, so that colored this review.

See it if you love a show with lots of movement and imagination, or if you're a fan of Jane Austen's.

Don't see it if you're not into romantic comedies or are looking for an overly produced spectacle. This show is bare bones in the best way.

“This production is charming and wildly inventive...The cast of 10 plays at least twice as many characters, creating entirely new personalities with the change of posture or the addition of eyeglasses or a hat...My only quibble is the few (and they are few) jokes made by inserting modern interventions into Austen-land...But that’s a nitpick. This charming Austenian invention entertains without losing the pain that always lurks below the surface of the lives of Austen’s women."
Read more

View in admin
I
Lou Harry

"This Jane Austen adaptation—at least in its first half—is both a gloriously smile-inducing celebration of theatrical ingenuity and a clear, brisk telling of the story...'Sense' employs a parade of devices without ever letting the results feel like a parody a la 'The 39 Steps.' After intermission, the plotting gets a little muddy and the gimmicks are piled on a bit thick, but that doesn’t mitigate the magic from a company whose work I’ll now keep a firmer eye on."
Read more

"The would-be and might-have-been lovers in this enchantingly athletic take on the perils of Austen-style courtship find themselves pushed and pulled by the forces of speculation run rampant…No troupe in New York these days rides the storytelling momentum of theater more resourcefully or enthusiastically than Bedlam…High-octane Austen…Delightful…Theirs is a bouncy, jaunty take on Austen, with a 10-member cast taking on an assortment of roles that are always clearly defined.”
Read more

"This enchanting romp of a play has returned with its buoyant spirits, cunning stagecraft and enlivening insights intact…Your response to the early scenes will probably be surprised, riotous laughter, you are equally likely to find yourself shedding discreet tears by the end. This misty-eyed state is induced not just by Austen’s artistry in setting to rights a world at odds with itself, but also by a troupe’s triumphant joy in giving such defiantly theatrical form to a literary narrative."
Read more

"It’s a nonstop delight, the textual richness of Austen’s text matched by the playful staging. At any given moment, there’s some little footnote to savor…Though the style aims for over-the-top, most actors manage to find the core of truth within their caricatures. Steinmetz goes a bit too far as Anne Steele...Conversely, the quarterback-proportioned Tucker underplays Mrs. Jennings...Minor missteps aside 'Sense & Sensibility' makes for a fun theatrical outing."
Read more

"For much of the show, I couldn’t help wondering why we needed so much theatrical evangelism for a work whose original version is still completely readable (and popular.) The enjoyable overacting of most of the supporting roles suggested a form of bad faith. Happily, as the focus gradually switched from Marianne to Elinor the tone changed, too, and the grave simplicity of Andrus Nichols’s fine performance steadied the storytelling...A comedy, not a classic."
Read more

"Bedlam’s production now stands unrivaled for its freshness and immediacy...'Sense and Sensibility,' newly and skillfully dramatized by Bedlam’s Kate Hamill, merits far more attention than I can give it here...A version so full of galloping comic vitality as to suggest a bunch of stupendously clever kids playing dress-up in the nursery. It’s by far the smartest Jane Austen adaptation to come along since Amy Heckerling’s 'Clueless,' and at least as much fun."
Read more

"It’s goofy, joyous and deeply moving...Chalk it up to the Bedlam theater troupe’s low-tech and highly engaging and imaginative take on the Jane Austen classic...The show puts a premium on clever and vivid storytelling. But this 'Sense & Sensibility' stays faithful to its source through all the cheekiness. The production is a reminder that a strong point of view and invention trumps a big budget."
Read more