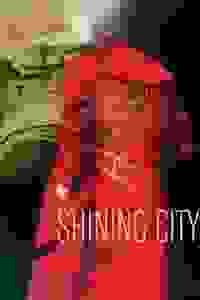 'Shining City' is a haunting play, dense with urban lives that brush against one another while never making contact. John (Broderick) seeks help from Ian, a counselor, after the unexpected death of his wife. Though shaken by the loss, John is troubled by more than just grief; he has begun to see his wife’s ghost in their home. As their sessions unfold, secrets and lies are exposed in this play in which a simple tale turns out to be anything but. 'Shining City' reflects on the guilt, anxiety, and restlessness of two lonely men.

See it if You would enjoy an excellent play about the struggles of middle aged people searching for connection, identity, and renewal.

Don't see it if You are looking for lighter material or something more appropriate for younger audiences.

See it if you enjoy plays with good dialogue and very little action. Broderick is giving his best performance in eons. Kudos to the supporting cast!

Don't see it if you need a play with a lot of action. Also, if you can't focus on excellent writing.

See it if You want to see Matthew Broderick perform perfectly timed monologues in a psychological thriller with twists & turns; Great Supporting cast

See it if you want to see Matthew Broderick's best performance in years!

See it if writer McPherson's ability to find haunting poetry in day-to-day exchanges is up your alley. The production's strong.

Don't see it if you want more pyrotechnics. The play's shine is dimmed by a fairly flat staging & Broderick's inability to connect w others.

Don't see it if complicated and strange Irish plots are not to your taste.

See it if You've never been to Irish Rep before, never seen a Conor McPherson play before, simply adore Mathew Broderick.

Don't see it if If you want to see McPherson at his best, because this production won't deliver on that. It's a good production, but far from a great one.

85
Intense, Matthew broderick was such a pleasant surprise, excellent timing , delivery and believable in his character, Parallel plot lines of two men suffering loss of self, Thought-provoking, Good casting and direction

See it if You believe that Matthew Broderick can delve deeper into character, want an enjoyable , engaging theatre experience with a few surprises.

Don't see it if Aren't interested in the struggles of priests and grieving men.want a passive experience.

"A great play being given an exemplary revival…Mr. Broderick turns in his most assured and affecting stage performance in years…It lacks the gooseflesh-raising quotient of earlier versions of the show I’ve seen…But in swapping dank shadows for a warming clarity, Mr. O’Reilly illuminates the poetic precision of Mr. McPherson’s accomplishment here and makes you realize anew why this Irish playwright is one of the finest dramatists writing in English."
Read more

"Broderick turns in a delicate, credible performance as John, a widower who has started seeing his wife’s ghost around the house...Director Ciarán O’Reilly’s production is lucid, tight and fluid, with Carter quietly terrific in a tricky role...A rich, unforgettable piece about projection and transference—both in the psychoanalytic and metaphysical sense—'Shining City' still casts a brilliant light."
Read more

"The drama is an actors' showcase, and it's here that the production falls short…Broderick never effectively conveys John's truly tortured soul, coming across as vaguely uncomfortable rather than anguished…Carter is much more effective as the similarly emotionally wounded therapist…The play's startling final moment packs as much of a punch as ever. But it's unlikely you'll come away from this 'Shining City' feeling nearly as haunted as you're supposed to feel."
Read more

"Four Dubliners face the living and the dread in this fine-tuned revival of McPherson’s moody modern ghost story. Broderick delivers star power and a moving performance as John, a guilt-racked widow. Carter anchors the drama as Ian, a troubled therapist juggling John, a girlfriend (Dwan) and a scruffy stranger (Russell). The prospect of being alone is scarier than any specter in the show."
Read more

"The play could use a renovation…Director Ciarán O'Reilly attempts to break up this glacier of text by having Broderick inexplicably stand up and move behind the couch at certain moments—it doesn't help. A fundamental problem remains: Hearing about other people's problems is so much less interesting than seeing them played out. Unfortunately, 'Shining City' is all tell and no show...The words are not enough to capture our imaginations, or even our full attention."
Read more

"If Broderick's stunningly seamless work seemingly dominates the evening, it is only the half of it...Under O'Reilly's sure-handed direction, the entire cast delivers superbly...It's exciting to see Irish Rep back in the business of presenting a production as revelatory as this. McPherson has been produced by several of New York's top theatre companies, but his work never shines so brightly as when brought to life by this troupe."
Read more

"The humanity beneath that spooky, ethereal shell is what makes the play work in the ways that matter most, and why, when treated with clear-eyed sensitivity, it's tough to screw up...All that stops this mounting from being as searingly effective as the memory-etching 2006 Broadway production is one partial, but crucial, case of miscasting...It's an intricate, messily elegant evening that ranks among McPherson's best...The weak link, sadly, is Broderick, though it's not for lack of trying."
Read more

"Broderick's characterization of this drab, depressed and tormented man is very moving and is a joyous case of riveting star/character acting...Set in contemporary Dublin, Mr. McPherson’s well-crafted and flavorfully Irish play rambles somewhat but is an intriguing blend of the spooky and the perceptively observed mundane. This accomplished revival hasn’t unearthed a neglected masterpiece but does provide for thoughtful entertainment containing marvelous performances."
Read more