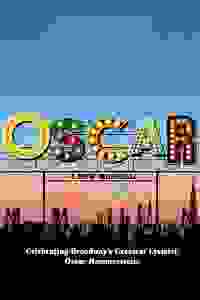 Derived and inspired from personal correspondence, unpublished lyrics, interviews and rare memoirs, "Sincerely, Oscar" invites the audience to delve into the intimate thoughts and feelings of Oscar Hammerstein II, as told by Oscar in his own words. This show utilizes 3D holographic technology as it explores Oscar’s life, while weaving a melodious tapestry of over 30 of his greatest songs from shows like "The Sound of Music," "Show Boat," "Oklahoma!," "Carousel," "South Pacific," "Allegro," and more.

See it if The singers were good plus a hologram of Oscar tell you about some of the songs.

Don't see it if You think you are going to go ti see a story. Its singing with odd music to words of great songs.

Also It fled to me that the female singer did more of the singing. It would have been nicer if the the music style was different. If they did a duet with some of the songs. These songs are so well know to get the audience involves to sing on some of the songs.... Read more Read less

See it if you like the songs of Hammerstein. There is music from his best shows. There was no chemistry between the 2 singers.

Don't see it if you like a well developed show. The hologram seemed to halt action all the time and seemed spooky to me.

Also I would have preferred an actor portraying Hammerstein. A hologram with voice behind it was not effective. It halted the action of the show and seemed spooky. I did like hearing the words of Hammerstein but would have liked it done by actor. The dress of the female singer was terrible. There was no chemistry between the 2 singers and the staging of many numbers very awkward. This was a show that could have been much better.... Read more Read less

See it if You love Hammerstein’s music and want to know more about his bio and backstory of songs.

Don't see it if You are thinking this is a Broadway quality show, it is not. It is definitely second rate. Video projections I found annoying and superfluou

See it if If u r a fan of Oscar Hammerstein and can appreciate a trip down memory lane. I might even learn of few new pieces of Oscar’s endearingstory

Don't see it if You not needing an escape to more pleasant times.

See it if If you like Rodgers and Hammerstein music and would enjoy a mini-concert of their hits across Broadway shows with minimal context.

Don't see it if If you are not a fan of Rodgers and Hammerstein‘s music, would not enjoy their songs without context or are bothered by technical effects.

See it if you like a pleasant, high-tech lounge act. With wealth of songs available, this could have been so much better. Interesting hologram effect

Don't see it if you don't like old musicals or you need a story line to enjoy the music.

See it if Only care about the songs and not about the presentation of them.

Don't see it if You really Love Hammerstein stay away from this show.

See it if you are a fan of Oscars music. This is more of a tribute then a musical. The songs were decent, but nothing that blew me away.

Don't see it if you are not a fan of Oscars songs. They waste the technology of the hologram and back screens on boring visuals. I wouldn't really recommend

Also with only 2 people singing and a break between songs for a hologram of Oscar talking about the songs.. this is not interesting unless you really care. It's way to slow, and the voice, just puts people to sleep. To make the show somewhat decent, if this is a live band, they should put them on stage. Also do not see this in the first few rows, the stage is horribly designed that it blocks people's view of the hologram.... Read more Read less

See it if You are a masochist. It is that bad. Excruciating. Poorly conceived, written, directed, designed, and performed. A pathetic vanity show.

Don't see it if you want to be entertained. It is hard to explain how totally wrong everything about this show is. Among the worst I have ever seen.

Don't see it if you don't like Oscar's Broadway music. Singing is a little too melodramatic. Oscar's soliloquies don't really resonate.

See it if you enjoy the music of Oscar Hammerstein, would like light background about some of his shows, don't mind a weak, slow-moving musical

Also Oscar as a holograph and background images gave the show a needed touch. Would have been quite dull otherwise. One singer was very good; the other weak. Fortunately, the weak link only sang about 1/3 of the songs... Read more Read less

See it if There is NO reason. The singers have no idea of the songs, their voices, while good are wrong for the selections. WAY overproduced

Don't see it if you like the lyrics of Oscar Hammerstein. This show will make you cringe. Bad arrangements More a bad cabaret act than a play

Don't see it if You like Oscar H. It is not enough. Ms Taylor takes the oxygen out of the room. She needs a good director.

See it if You appreciate good singing

Don't see it if Over the top technology gets on your nerves.

See it if You want to want to see any production with lots of Hammerstein songs.

Don't see it if You want a polished show.

See it if You want to hear a lot of well-sung R&H songs with only minimal connective tissue between them. Or if you're all about holograms.

Don't see it if You need the hologram in question to say something especially profound. Or you want a conventional play/musical. This is a revue.

See it if You like Hammerstein's classics put to "jazzy" arrangements, you want to see an obvious passion project/cabaret given full staging.

Also This show should only be performed in a piano bar of a cruise ship while people are deep into their cocktails.
Passion projects that star the creator/writer are rarely good. It was really a one woman cabaret that also sometimes starred a guy and had stupidly elaborate sets/staging. It was obviously her ego project, as she performed most of the songs, including songs normally performed by men. Her acting was amateurish and laughable, her singing was rigid and technical, like a classically trained singer trying to sing pop. At one point the man behind me complained that we were seeing too much of her. Horrible jazz/rock arrangements of classic showtunes were cringe-worthy. Ridiculously complicated set that was CONSTANTLY moving, screens showing stupid animation, and a hologram of Hammerstein that kept breaking down. All completely unnecessary.
I kept my playbill open so we could count down to the end.
The man behind me said it best when she came out for an unwanted encore: "WHY?!"

See it if You respect the lyrical works of Hammerstein and want to learn why he believes “dreaming” is important to all. Unique use of hologram.

Don't see it if You want a production with many/varied musical voices, emotions, and energy. The two singers are just okay, but not truly entertaining.

Also Only attend if you get complimentary tickets.

See it if You love the old show tunes and a bit of explanation about how they were composed.

Don't see it if You expect a “play” in any traditional sense.

See it if you like Hammerstein musicals as this is a good revue with creative visual effects and hologram of the man. Just wish there were more songs.

Don't see it if you want a storyline and not just a musical revue. Would have loved a bigger cast for variety of singing styles & costumes.Diction distracts

See it if you enjoy Oscar Hammerstein's songs and wish to see what modern technology can do to bring back to life the dear departed lyricist.

Don't see it if you are not interested in a show that is mostly a string a songs interspersed with memories of what inspired them.

See it if you enjoy Hammerstein with whoever he wrote with

Don't see it if you are expecting context for the songs, similar to Hal, Prince of Broadway (It ain't here)

Also Audio-animatronics move over! There's a new artificial human in town.
I was fascinated by the holographic image of "Hammerstein" on stage. I would go to the show just to see it again. It is like the monkey in King Kong - when it is onstage you look at nothing else.
I enjoyed the show more than the critics did. Doreen's voice was overpowering and annoying after a while, but I love the music.
They did mess it up a little at times, but I heard the originals in my head so it was okay.

See it if You are a devoted Oscar fan and don't mind having the songs taken out of context and rearranged as elevator music.

Also I realize that this is basically a showcase for the author of the show. Unfortunately she doesn't have the chops to carry the responsibility. In many cases she can't even pronounce the words. And where did she get that dress? She takes most of the good male songs when she has a very capable costar who could handle them better. The ghost of Oscar is a nice touch but the mechanics get boring after the first couple of times and he just keeps saying the same thing over and over.... Read more Read less

See it if If you love classic musicals by Oscar Hammerstein you will enjoy this 2 person show, along with a hologram portrayal of Hammerstein.

Don't see it if Sometimes, the visuals worked, other times they were trite, redundant & insipid. Too many numbers by female singer, need to mix it up a bit.

See it if you have never heard Hammerstein before; this might possibly introduce you. Holograms used might be of interest.

Don't see it if you appreciate Hammerstein's music-agreed, it is a vanity project. This is not a musical and the female lead is indeed, wooden. Don't go. 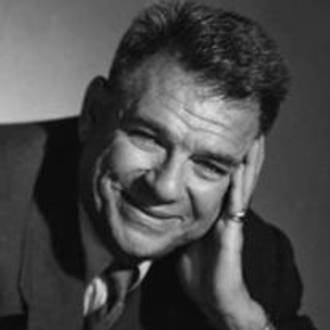 Oscar Hammerstein II
Lyricist
Get Alerts Alerts On Alerts Off 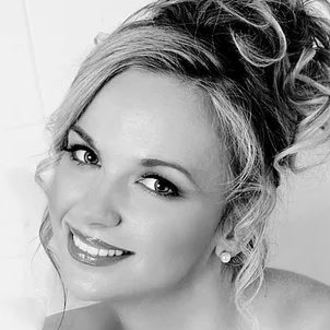 Doreen Taylor
Playwright
Get Alerts Alerts On Alerts Off 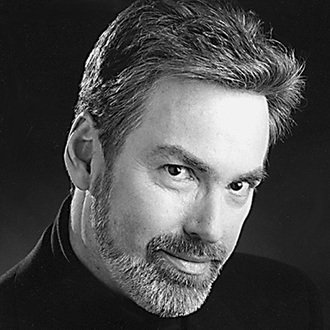 Dugg McDonough
Director
Get Alerts Alerts On Alerts Off

Doreen Taylor
Cast
Get Alerts Alerts On Alerts Off 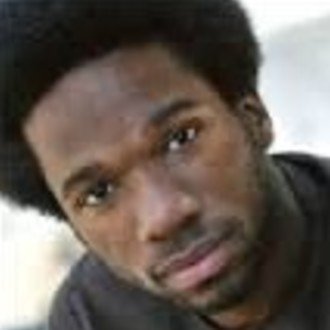 Azudi Onyejekwe
Cast
Get Alerts Alerts On Alerts Off 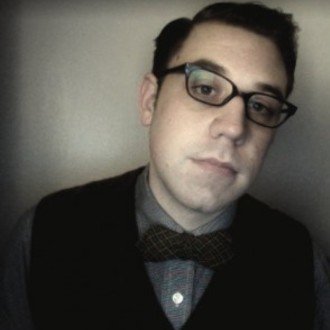 Jason Simms
Set Designer
Get Alerts Alerts On Alerts Off 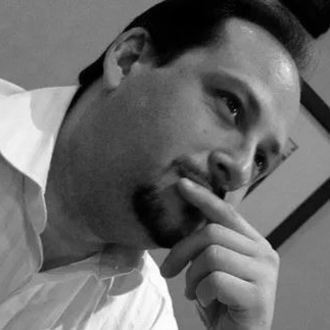 David Pedemonti
Lighting Designer
Get Alerts Alerts On Alerts Off