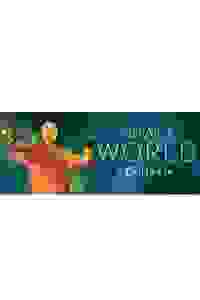 Penguin Rep Theatre brings its 2015 comedy about the creation of Disney's classic movie 'Fantasia' to 59E59.

When Walt Disney hears "The Rite of Spring," he envisions the creation of the earth, volcanoes, and, of course, dinosaurs. But composer Igor Stravinsky has another vision altogether. In this provocative comedy, we go behind the scenes of Disney’s classic 'Fantasia,' where the dinosaurs aren’t the only ones doing battle.

See it if Well written and acted. Interesting snippet of "history". Absorbing.

See it if You enjoy "Behind the Scenes" or true stories. The subject matter I found very interesting. Good performances by both actors.

See it if You want to see two strong performances about interesting figures. The debates are sharp and at times funny, but also thought-provoking.

Don't see it if You prefer big productions with lots of action. This is a small, intimate think-bio.

See it if Conflict of artistic vision via opposing perspectives of pain and struggle (Stravinsky) vs. escape (Disney). Amusing and enlightening.

Don't see it if You are not interested in art about art. Though the artists disagree, they believe in their art. This transcends and unites them.

See it if Interested in Disney and Stravinsky & curious about the use of Rite of Spring in Fantasia, enjoy witty discussions between passionate people

Don't see it if No interest in Disney or Stravinsky, don't care about history of movies, don't recall or not a fan of Fantasia, assume 2-handers not for you

See it if you love discussions of art and creativity. The meetings of the minds between Stravinsky and Disney were masterful. I loved this show.

Don't see it if you don't like discussions about the meaning of art. If you know something about Stravinsky and Disney you will appreciate their dialogue. Read more

See it if You're familiar w/Disney, Stravinsky & Fantasia. You want a play about the function of art presented in an accessible & entertaining manner.

Don't see it if You have no idea or don't care about the figures above. You don't want a play about art. You don't like intimate theatre spaces.

"Whatever drama there may have been between these men in real life, none of it carries over in this Penguin Rep production...At times, 'Small World' has a certain amount of potential...But overall, the piece lacks the deep psychological underpinnings and tension to communicate both men's individual struggles. The discussions of art and commerce are unoriginal, and the humor stays at this easy, low-ball level throughout. Still, the performances are charming."
Read more

"'Small World' is an insightful and appealing play, one that will challenge your ideas about art in its different forms...This two-hander is an absorbing, entertaining, and informative show...This behind-the-scenes look at the work and attitudes of two renowned geniuses will captivate you from the first moment to the last. The two characters in 'Small World' are so genuine, you will think that you are in the room with Walt Disney and Igor Stravinsky."
Read more

"Brief, barbed, often very funny...A premise this slender could easily wear out its welcome, even with a running time of only 75 minutes, but Stroppel makes sure that both characters are never at a loss for a clever, pertinent comeback...Brancato's direction maintains the rat-a-tat pace and vigor of a film by Billy Wilder or Howard Hawks, with fine work from the two-man cast...Even if his characters are eternally locked in the same argument, they never wear out their welcome."
Read more

"A lightweight yet often surprisingly perceptive comedy...It does remind us that both men had a dark side, something that deepens things beyond the earlier bantering tone...Even with its short running time, 'Small World' would benefit from some editing by dropping the after life section and a few of the too-easy jokes referencing other Disney films. Nevertheless, it generally makes for an entertaining evening, with excellent contrasting performances by its co-stars."
Read more

"Under Joe Brancato's direction, 'Small World' has been staged with an unobtrusive directness and simplicity. Though they seem, at times, to be giving lectures, both D'Ambrose, with his thick Russian accent, and Shanahan, with the tougher role of going from arrogant to vulnerable, shine."
Read more

"In the excellent 'Small World' written by Frederick Stroppel, superbly directed by Joe Brancato, we are given a delicious view of how such a marriage of ideas and personalities between two innovators of the twentieth century might have evolved...An enjoyable evening of fun...Actors Shanahan and D’Ambrose are fine accomplices who adroitly manifest Stoppel’s conflicts...Kudos goes to the creative and production teams who made this production a memorable entertainment."
Read more

"For most of the 90-minute play, especially the first of its three scenes, Stroppel's concept works pretty well....Under Brancato's fluid direction that opening makes for a nice move into the men's interaction...Both actors bring their characters to vivid and watchable life...Unfortunately, the promising start and mostly entertaining middle end with a too-easy otherworldly finale."
Read more

"Despite the commendable efforts of Stephen D’Ambrose as Igor Stravinsky and Mark Shanahan Walt Disney, Mr. Stroppel’s play lacks the necessary character development and focus to convince the audience of any consistent thematic strand...The conversation in the second act about the retelling of 'Faust' is perhaps the highlight of the play...One wishes for more of this level of discourse...Mr. Brancato’s direction is serviceable but lacks subtlety."
Read more