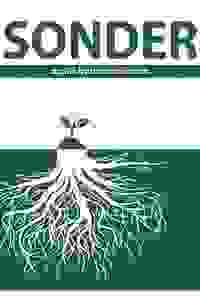 This drama explores notions of love and interpersonal connection as a couple looks into the lives of their new home's previous tenants. More…

The word "sonder" encapsulates the idea that each random passerby is living a life as vivid and complex as your own. In Dan Moldovan's drama, a couple moves into 14 Haven Street to begin a new chapter on the same page where previous tenants Mark and Sam left off. The newbies dig deep to learn about Mark and Sam and, along the way, discover what's actually important.

See it if you like sweet and sappy. It's totally a Hallmark movie. But there's a place for that and this is nicely done. Be in the mood for light.

Don't see it if You don't like cliche and Hallmark-y.

See it if you enjoy imaginative well performed theater. A mystery, a ghost story, a double romance, a lovely play excellently produced.

Don't see it if I cannot think of any reason not to see it.

See it if you enjoy a story where two love stories intertwine, one present and one past. That one couple is straight and one is gay makes it work.

Don't see it if you do not enjoy any story about a gay couple. You see two love stories come alive and you feel for both.

See it if You want to be touched by a beautiful love story of how 2 men were so in love with each other.

Don't see it if A bit rough around the edges, but the show's heart is in the right place and it's such a touching story. 90 minutes including intermission.

See it if Like a captivating play with small, nicely directed cast. It's just shy of treacly but has resonance and some truly beautiful moments.

Don't see it if No interest in love stories of young couples or want something deep. This is a nice drama with touching bits, but has its flaws.

Also My greatest reservation with this quiet and lovely play, is both the writing and the cast seemed a little young and unseasoned. Hard to explain, but it felt like a very good production from a college MFA program. There's not much depth to any of the characters and everyone feels a bit too unrealistically "nice".Still, there's a lot of sweet work here and it makes for a pleasant theatre experience.

See it if You want to see a beautiful small play that deals with love straight and gay.

Don't see it if You are averse to gay elements in a drama. Actually perhaps you should see this, it might open your eyes. Like "Love Story" for today.

Also This was a very moving play. I loved how the writer put the two couples together in the same space to help unfold the story to the new owners of the house. I enjoyed the letter at the end of the play. Go see it if you are a romantic at heart or like to see romantic performances.... Read more Read less

See it if you favor shows that foster positive messages about "gay" people and human interrelationships in general.

Don't see it if you dislike excessive sentimentality and superficial character analysis.

See it if you tolerate saccharine sweetness, young couples each member eager to agree with other, support plays about gay marriage as mainstream model

Also The couple who formerly resided in the house were not the only ones who died in this poorly written, directed and acted show. Hip, socially conscious, attractive, college educated couples dancing to "Rainbow Connection": Seriously? Staging used the small space creatively and a couple of the slapstick scenes and sophomoric lines were cute. Read a good book instead.... Read more Read less

See it if two short love stories told as one will do it for you. Potentially great w/rewrites, TOO sweet right now. Zero conflicts = zero resolutions.

Don't see it if you want to see good acting. Doesn't happen here. But SEE THE SHOW if just for the unique concept & the way it's blocked. Go w/an open mind.

The acting is horrendous. Sorry. The Man (show's playwright) should DEF stay off the stage & continue to rework the script. The Woman's high-pitched nasal whine is excruciating. They have ZERO connection - more like high school siblings, not engaged young adults settling into their new home. The gay couple's connection is only slightly better. Chris Krause (playing Mark) is clearly the most seasoned actor on stage.

When you get past the weak acting & are able to pay attention to the script & clever blocking (when the dead couple eventually appears & has to "interact" w/the living couple, about 15-20min into the show) the play becomes interesting. The original & unique premise stands on its own. BUT, it's currently too sweet. There is no conflict/resolution - & the melodramatic background music at the end makes it WAY worse.

REALLY looking forward to seeing "Sonder" again in the near future, reworked & RECAST.

See it if you want to see a nice story about a young couple exploring and getting absorbed in the lives of the previous owners through diaries.

Don't see it if you don't like stories that involve 2 couples that don't actually meet interacting on stage side by side.

See it if A sweet, light show. Not too deep, showing the best of love in a lifetime tv movie sort of way. Predictable but so what? Enjoyable evening

Don't see it if You are looking for dark, serious drama

See it if If you want to see a terrific little play about love and relationships. Well-acted and charming, it makes for a very pleasant evening.

Don't see it if You don't care for plays dealing with same-sex relationships or you are too cynical to enjoy plays that are sweet and heartwarming.

See it if you like a sweet story, even if it is a little treacly, or if you like mostly good acting and a nice Australian accent.

Don't see it if you are looking for a deep, meaningful 2-ish hours at the theater.

Also It pulls at the heartstrings a bit, and some of the acting is very nice, but not all around.... Read more Read less

See it if you want to see a play where gay and heterosexual couples are accepted equally for being wonderful, happy, healthy and loving people.

Don't see it if you resent seeing the same theme over and over.

Also The message of the play is very good. However, the play hits one over the head with the same ideas. It should have been shorter.... Read more Read less

See it if you appreciate a sweet, charming, small show with a unique premise, thoughtfully written, and cleverly executed.

Don't see it if you're looking for a large cast presenting a complicated story in a per-Broadway run.

See it if you want to support theater that tries to show all loving couples have many things in common - touching story line and well staged.

Don't see it if if you are expecting full character development. The scripting seems one-dimensional at times.

Also Overall, I applaud this show as it overlays the stories of two couples in love and does present several moving moments that show we all need to be loved and accepted.

There was something throughout the play that I had to fight hard to overlook - and that was that the characters all seemed either immature or one-dimensional or just too-cute.

I saw this play at the Players Theater in July 2017.

See it if Interested in story lines having to do with death and relationships. It wasn't that bad but definitely needed polishing.

Don't see it if You want a polished production.

Don't see it if you are looking for a profound experience; too cutesy to be that.

See it if If you can be patient with this slow drama, the last 15 minutes rewards with a satisfying conclusion to much of the puzzling build-up.

Don't see it if This isn't a big, bold drama, but very nice quiet, personal story with some insightful observations about ordinary people.

See it if you like interesting off broadway staging and a "nice" story. Second act was better than the first. Staging was interesting.

Don't see it if you don't like far fetched stories and stories that have evident homosexual interactions.

See it if You want to see a beautiful play about 2 couples going through similar things, seemingly at the same time, but sadly not.

Don't see it if You always need a happy ending.

Also Sonder: “The realization that each random passerby is living a life as vivid and complex as your own.”

Watching how the couples’ parallel lives intersected was very cool. First, we meet couple #1 and we all like them, but then couple #2 shows up, and we all fall in love. Watching them together, yet knowing that they were gone, was conflicting. In the back of my mind there was an ominous foreboding of what was to come, yet somehow that didn't detract from the happiness that I felt in seeing them together. I could easily go back tomorrow and watch it over again.

See it if You like romance with a tinge of sadness

Don't see it if You're not willing to forgive occasionally uneven performances, you're not down with gay pairings

See it if You like trite stories and melodramatic acting

Don't see it if You want something of substance and original

"One of 'Sonder's' triumphs is that it delivers sentiment without getting stuck in sentimentality...All the characters, in fact, are endearing, thanks largely to the actors who inhabit them...The actors give these characters life, but the script gives them something more. Moldovan's play transcen...
read more
Get Alerts Alerts On Alerts Off 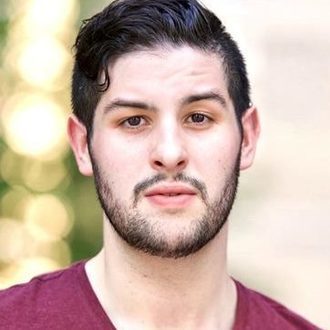 Dan Moldovan
Man
Get Alerts Alerts On Alerts Off 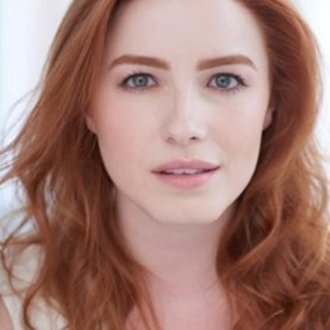 Kelsey Claire
Woman
Get Alerts Alerts On Alerts Off 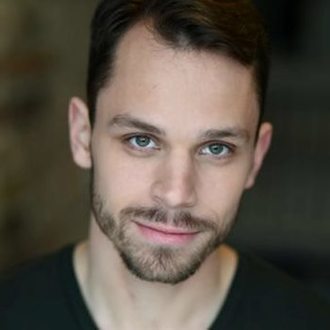 Chris Krause
Mark
Get Alerts Alerts On Alerts Off 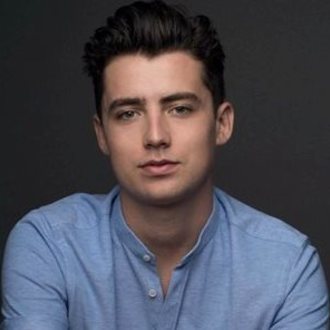 JD Martin
Sam
Get Alerts Alerts On Alerts Off 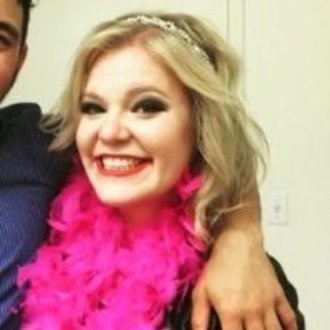 Lauren Pivirotto
Costume Designer
Get Alerts Alerts On Alerts Off