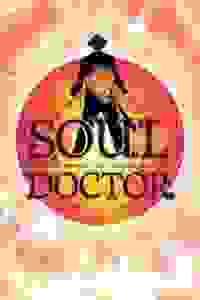 Soul Doctor is a musical journey that tells the story of the father of popular Jewish music, Shlomo Carlebach and his unlikely friendship with Nina Simone.

After his escape from Nazi Germany, the young Rabbi Shlomo befriended the legendary jazz singer Nina Simone who introduced him to soul and gospel music. With the “High Priestess of Soul” as his inspiration, Shlomo created a new sound with melodies that fused his roots with American popular music. With his meteoric rise as a "Rock Star Rabbi,” he struggled to harmonize his traditional beliefs with the "free love" generation of the 1960s. Today, his uplifting music and message help to define America’s most defiant era.

See it if You know or are interested in this musician's story.

Don't see it if You expect an extremely entertaining bio musical.

See it if You like quirky-interesting but real-life stories, told in a lively, fast-paced way with good music and staging

Don't see it if You aren't interested in Josephine Baker or stories about religious ways of life, or musicals

See it if you can't get tickets to much else. It's a decent story. Got a lot harsher reviews than necessary. Felt like a high school production though

Don't see it if you want to see a masterfully written and acted musical that will move you.

Don't see it if you want to see something well written... it's good, but not the best

See it if You want to learn more about Shlomo Carlebach and his story.

Don't see it if You're looking for a transformative theater experience. This show is pretty basic and frankly quite dull. I found myself wanting it to end.

See it if You love stories about Jewish Rabbis

See it if It opens again. 😕 see it if you want to see a unique convergence of Jewish and black histories.

"I wasn’t feeling so much wonder, having a low tolerance for all-together-now spiritual uplift. Those with affectionate memories of Carlebach’s music may find “Soul Doctor” inspiring and absorbing. I found it disappointing that this intriguing figure came across as a bland, bromide-spouting relic of the hippie era, albeit one tie-dyed in classic Jewish guilt."
Read more

"Gevalt! The best that can be said about Soul Doctor, a strange Broadway musical based on the life and music of “singing rabbi” Shlomo Carlebach, is that it isn’t as bad as it sounds."
Read more

"Okay, Soul Doctor isn’t that bad. But it does display a muddy, bumbling, amateurish quality in its storytelling that gets in the way of some fine performances and seriously impedes its ability to grapple with questions. The Broadway incarnation suffers from structural bloat and thematic penury, message-y persistence and character fog."
Read more

"Long before Matisyahu, there was Shlomo Carlebach.This Orthodox Jewish performer, whose catchy moniker was the “Rock Star Rabbi,” delivered an accessible brand of Jewish music that made him an unlikely pop star in the 1960s. He’s the subject of the ambitious new musical, now premiering on Broadway after earlier regional and off-Broadway runs. The transfer may have been ill-advised."
Read more

"Oy gevalt. It’s not that there’s anything particularly terrible about Soul Doctor, but there isn’t all that much to recommend either. Director Daniel S. Wise’s production — which consists mostly of a Judaic jukebox of Carlebach’s popular melodies — fails to achieve anything beyond a standard, and occasionally cringeworthy, retelling of his life."
Read more

"Unless you’re personally into it, there’s entirely too much of this ponderous religious pedantry to keep an audience alert.  And while the cast seems to be in constant motion, the choreography is clunky and obvious."
Read more

"Much like its subject, the new Broadway musical “Soul Doctor” is terminally earnest and relentlessly sunny. Sadly, “Soul Doctor” is unlikely to be as popular as the man himself. While the show did well off-Broadway last summer, its hackneyed awkwardness will spell doom on the main stem, from the vague choreography to the groan-inducing dialogue."
Read more

"The show never moves beyond the basic chronology. Carlebach’s precise place and significance in history remain as fuzzy as his bearded face, even after spending hours with him. While it’s certainly not the aim of the creative team, Carlebach emerges as a novelty, a footnote in both the Jewish faith and folk-rock."
Read more

"Is there a doctor in the house? Not a medical doctor, or even a “soul doctor,” whatever that is, but what is known on Broadway as a “show doctor,” a playwright or director who can step in and salvage a musical with serious book problems."
Read more

"By the time Shlomo actually meets Nina Simone and the two begin exchanging their histories , catatonia has already set in. Once the end of Act One hits and Shlomo ignites his recording career at the last possible moment by learning the importance of being true to himself, hopes of any kind of vitalizing originality or insight evaporate forever."
Read more

"The musical itself couldn't be more old-fashioned and unadventurous. It's content to tell its story through clichés and creaky theatrical devices. The music of Shlomo Carlebach is appropriately honored in "Soul Doctor," but the show is wanting in almost every other aspect."
Read more

"Soul Doctor presents the life of the “rock ’n’ roll rabbi” Shlomo Carlebach, from his pre-war childhood in Vienna to his coming-of-age in Brooklyn to his return to Austria. If the result is far too by-the-numbers to be especially satisfying, there are scenes of heartfelt emotion and two central performances to carry us through most of the rote exposition and the anti-climactic second act."
Read more

"Ordinarily, a musical with a book as superficial, obvious and corny as Soul Doctor would make me cringe. Add to this on-the-nose lyrics being juxtaposed against complex subjects like the Holocaust, and I’d expect myself to be in physical pain to have to sit through such a thing. Yet the charming cast, and the rousing, often moving music of Shlomo Carlebach are enthralling."
Read more