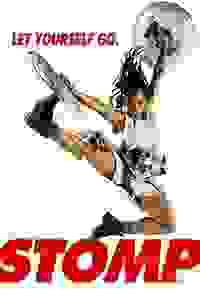 'Stomp' is an inventive stage show in which the cast uses matchboxes, brooms, garbage cans, Zippo lighters, and more to create energizing beats. The show combines dance, music and theatrical performance for a unique experience. A staple of New York's theater scene since 1994, the show is appropiate for all ages.

The show was created by Luke Cresswell and Steve McNicholas in the UK in 1991 and premiered at the Edinburgh Fringe Festival. The year it premiered in New York, it won Obie and Drama Desk awards.

'Stomp' became a worldwide phenomenon, appearing on TV shows and even at the Lincoln Memorial at President Clinton's Millennium celebration.

See it if You're looking for a fun evening! Great music made in very unusual ways.

Don't see it if You're looking for a show with a story or you don't like to ROCK!

See it if you like shows like blue man group. Stomp makes the best out of percussion. It has some very funny interaction with the audience.

Don't see it if it is blue man group lite. It gets boring at some points. all the clanging gets old after a while.

Don't see it if you need to hear singing to enjoy a show.

See it if loud is your thing! Energetic young people make music with unexpected objects like brooms. Everyone has a good time.

Don't see it if loud is not your thing. This about noise! Also try to to sit at least 6 rows back to avoid getting dust in your eyes when they sweep.

See it if you like creative dance & the sound of basic metal objects banging together, imagined a broom as a dancing partner, appreciate percussion

Don't see it if you don't like plot-less, voiceless shows, loud banging noises disturb you, dislike precision movements or having to keep eyes on stage

See it if you need a life-affirming burst of unbound sound & vision and enthusiastic athleticism. You can't leave w/o a spring in your step & a smile.

Don't see it if you expect character development, a storyline, plot turns, etc. This is an entertainment piece, not a traditional theatre piece.

See it if you like percussion with a twist. very inventive ways and means of using percussion

Don't see it if You don't enjoyed a show about percussion or you don't like a loud show. This show is very noisy!

See it if If you love drums or just music this is the show to see.

Don't see it if If you hate drums

"So does 'Stomp' still pack a punch? Yes – to a degree. There's something undeniably impressive about watching brooms, oil cans and vacuum-cleaner tubes transformed into musical instruments before your eyes. The show has managed to retain some of its original irreverence and it remains bigger and better than the many copycat shows that have sprung up in its wake."
Read more

View in admin
B
Mark Shenton

"The good news is: it's still an original. A constantly inventive spectacle of sound-making, it provides an aural assault even as it offers the visually amusing - and surprising - sight of how these sounds are made. "
Read more

"While there’s no dialog as such (although there is some magnificent acting) and no overarching plot is to be discerned, there are running gags and memorable as well as entertaining sketches. Even without dialog, members of the 'Stomp' ensemble credibly interact and communicate with each other...While non-traditional, 'Stomp' is a powerful and mesmerizing show. Who knew that everything including the kitchen sink could be so entertaining?"
Read more

"It’s the audio AND the visual. It’s hearing AND seeing the stomp. In one number, the ensemble lines up with Zippo lighters for the click AND the flame. Fascinating! The fast paced sequence of innovation makes STOMP perfect for kids and adults. It is the most fun you’ll ever have with a broom!"
Read more

"This show is an absolute must for music-lovers worldwide. Truly an unforgettable experience that any theatre lover would enjoy. The fun lasted for about a solid hour and a half and although that would be the only thing I’d change about the show, STOMP! can count on me attending each and everytime they come to the Second City."
Read more

"There is no hierarchy in this production. There's no stratum of entitlement. Instead "Stomp" is a celebration of variety, universality and the simple joy of being really, really noisy in a world that often swallows our individual presence whole. This incarnation absolutely defies cynicism, offering a sonic and visual delight for audiences of all ages. The cast is uniformly winning."
Read more

"It leaves space for everyone to have their own personal reaction, to pick a favorite movement or performer. The beauty lies not only in the collected sounds and shapes of these diverse performers but in the unified response of the assorted audience at the close of the show; all of us on our feet, offering up a storm of applause, sharing collective appreciation."
Read more

"So does 'Stomp' still pack a punch? Yes – to a degree. There's something undeniably impressive about watching brooms, oil cans and vacuum-cleaner tubes transformed into musical instruments before your eyes. The show has managed to retain some of its original irreverence and it remains bigger and better than the many copycat shows that have sprung up in its wake."
Read more