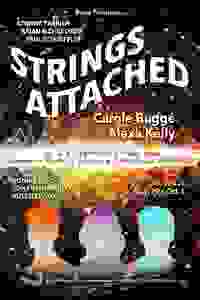 The play, based loosely on an actual train ride in 1999, follows 3 scientists aboard a train from Cambridge to London to see a performance of Michael Frayn’s new play, Copenhagen. On their way there, they discover a new theory about the Big Bang.

See it if Acting good... story not so much. Gets confusing and slow.

Don't see it if If you want a polished show.

Don't see it if you do not like heavy scientific talk mixed with relationship issues that is presented in two acts with some repetition. Read more

See it if you like a show with an interesting concept about 3 physicists who have issues with each other and 3 physicists from the past.

Don't see it if you like a conventional drama. The first act is a mess but the second act is more like the concept of the show. Read more

See it if Three physicists with issue who get visited by three ghosts of the past. A lot of science talk and funny at times.

Don't see it if you want a musical, or you want a fast pace show. Could have be done with no intermission.

See it if Fascinating discussion with the world’s great minds & paralleling 3 exceptional scientists, bringing in human factors of love & pain.

Don't see it if Skip if you prefer a comedy or musical.

See it if you want a show about science that doesn't take itself too seriously but at the same time, contemplates the big questions of life.

Don't see it if you don't like to joke about physics.

See it if You’re up for a fresh, inventive take on life and relationships through the lens of physics and particle theory.

Don't see it if Unless you dislike/resist thinking, no reason not to. Entertaining & funny, it manages to clearly explain most theories of particle physics. Read more

See it if An exciting new play that asks the rare question of how science and religion are connected.Very clever writing and brilliant acting.

Don't see it if Uninterested in deep scientific talk. U aren't patient: the last part of the first act is where the play builds up to an interesting effect.

"As 'Strings Attached' demonstrates, trying to force physics into the role of religion leaves us with pithy clichés better suited to a greeting card than scripture — much less a scientific journal."
Read more

"If you are keen on learning something about the science behind tales of parallel universes, you won't be disappointed."
Read more

"The running gags quickly cease to be amusing – even when Newton and screwing in a 17th-century light bulb is brought up."
Read more

From the clever double entendre title to its fantastical involvement of three famous long dead physicists, Carole Buggé’s "Strings Attached" tries very hard to rise out of the morass what is basically a sad love triangle but is ultimately overwhelmed by frippery and cliché.
Read more

"It’s as if various points of view, characters, and information was put in a hat, shaken out, then seasoned by what Carol Bugge thinks of as theater of the absurd. The piece is ponderous."
Read more

"In the chaos of dimensions at times 'Strings Attached' feels almost stream of consciousness, and yet does not lose its way. It maintains structure, with its strong, intelligent dialogue."
Read more

The play uses…. the train trip to introduce various concepts in physics in a largely unintimidating way, with varying degrees of clarity. It also attempts to connect physics with everyday life, through metaphor, sometimes effectively. But in an apparent effort to make the science more palatable for the layman, “Strings Attached” weighs that train trip down with all manner of contrivance, ranging from clever to corny to cringeworthy.
Read more

[An] ambitious, eccentric, and frustratingly tiresome attempt to dramatize human relationships by analogy with scientific theories...The blend of styles, from farce to fantasy to realism...is beyond director Alexis Kelly’s ability to pull off; her actors range from so-so to earnest to respectable...; some of the casting is unconvincing; and Jessica Parks’s set design...is seriously problematic.
Read more