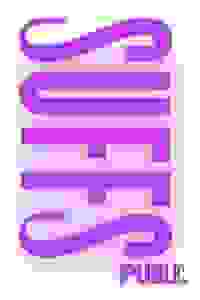 A new musical from Shaina Taub taking an unflinching look at the early Suffragist movement.

'Suffs' is a musical about the women’s suffrage movement, written by and featuring Shaina Taub, an exciting voice in theater. This epic new musical and stellar cast takes an unflinching look at the country's unsung trailblazers that risked their lives as they clashed with the president, the public, and each other. 'Suffs' explores the victories and failures of the brilliant, flawed women who led the fight for equality that is still far from over.

See it if Great cast mostly.

Don't see it if Almost 3 hour long of sang prose from a Wikipedia page. This happened then that happened, this person [name] said this (times 30).No emotion Read more

See it if You want to see an amazing cast of broadway veterans in an epically disappointing show.

Don't see it if You don't want to see a Wiki page on stage. It's VERY dry. No character development & the music is tuneless, repetitive & unmemorable. Read more

See it if A history piece with very good music. Interesting and enjoyable.

Don't see it if This probably will come to Broadway.

See it if You’re a history buff, this is a tremendous lesson about the 19th amendment. The way it ties together to politics today makes it genius.

Don't see it if You’re a misogynist…this is all women…brilliant! It’s also long, just shy of 3 hours but I’ll tell you the time fly by for me. Read more

Don't see it if you dislike sung-thru works. Or you want spectacle musicals. Or you don't care abt women's suffrage/emancipation. Diverse all-female cast. Read more

See it if Was very good but far from the hype - the next Hamilton. It's not that. Uneven music and poor staging make this show a half miss.

Don't see it if you don't like shows on political history

Don't see it if Have no interest in mildly feminist musical with all-female cast, no interest in suffrage history, want to stick to myths about America

88
Monumental sung-thru musical about suffragists' drive to pass 19th amendment (giving women the right to vote); tells the story as you've never heard it before; tho not hamilton, vital theater

"The production features some of the finest musical theatre performers currently working, and director Leigh Silverman and choreographer Raja Feather Kelly give each woman in the 20-member company a chance to shine. Ultimately, though, this is a show that seems to try too hard, and although perhaps appropriate for the material, there is a relentlessness about the musical. In its breadth and expansiveness (here emphasized by Mimi Lien's grand scenic design, featuring an imposing Federal-style government building), there is not a chance to get to know the women as much more than mouthpieces and types. Tellingly, when a major character dies in the first act, it is hard to feel moved because she seems more of a device than a fully drawn character."
Read more

Leaning heavily on rhetorical flourishes, Taub's score is filled with lots of well-meaning exhortations to "finish the fight," earnest appeals that quickly lose emotional resonance through a lack of lyrical variance and depth. The only song that strikes a deeper chord is the late-show "I Wasn't There," a plaintive rejoinder to Lin-Manual Miranda's "The Room Where It Happens'' from Hamilton, which acknowledges with bitter irony that none of the extraordinary women responsible for the 19th amendment were present when it was signed into law.
Read more

"Shaina Taub displays a sweeping virtuosity that is as satisfying as it is exciting. Satisfying in that a piece of history that has been largely glossed over is finally getting the attention it is due, and exciting because Taub has created a dazzling piece of theater through which to tell that story"
Read more

extraordinary women, portrayed by first-rate actresses in an inspiring, instructive and entertaining sing-through musical.. …After the leak of the draft of the ruling overturning Roe … it felt more urgent and relevant now. Even Mimi Lien’s set design hits harder: The steps and Corinthian columns look like the exterior of the Supreme Court, except it’s (appropriately?) painted black.
Read more

"“Suffs” has a hefty two-hour-and-45-minute running time, after all, and though the musical isn’t guilty of scolding, it is guilty of stifling an impressive — though exhausting — breadth of U.S. history through its contemporary lens."
Read more

"4/5 stars! An artful and inspiring historical epic...'Suffs' is remarkably easy to follow as it presents its sheroes in all their imperfect glory, exploring the ideological, generational and racial divides that persist to this day in feminist politics. Although the show is nearly three hours long, not every pioneering woman gets her due...Yet there's much to admire and enjoy."
Read more

"She’s worked out a ruthless equation: What the women are doing is serious, and what the men are doing is absurd. For the apotheosis of Suffs, we would need to feel both the gravity and the buffoonery, and right now, the production contains too little of the latter."
Read more

"Over the course of this almost three-hour show (which could be even longer to better accommodate the stuffed-and-rushed second act), Taub manages to dramatize the complex origins and contentious development of the women’s rights movement by filtering it through the political coming-of-age narrative of Alice Paul, one of its seminal leaders. Making this a genuine tour de force, the composer-lyricist-writer also plays this central role. For the most part, her passionate commitment gives her the thrust to pull it off, although I still look forward to seeing what other actors might bring to the part."
Read more