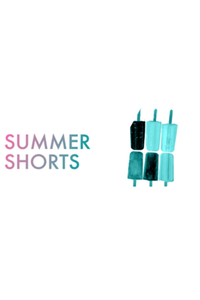 This annual festival of new American short plays from top playwrights returns to 59E59 for its 10th consecutive year.

'The Dark Clothes of Night' by Richard Alfredo
Directed by Alexander Dinelaris
Sloane is a hard-knuckle, film noir private eye, caught in a web of perfumed intrigue. Rob Marlowe is a professor of film semiotics, toggling between gender politics and fanboy fantasies. Their paths collide in a kaleidoscope of shifting identities, femmes fatales, and deadly horticulture. A doppelganger whodunit.


'Queen' by Alexander Dinelaris inspired by 'The Woman Who Came at Six O'Clock' by Gabriel Garcia Márquez
Directed by Victor Slezak
Every day at six o'clock a prostitute named Queen comes into Joe's restaurant for a free meal. Every day for years, the routine has been the same. But today isn't every day.

'Black Flag' by Idris Goodwin
Directed by Logan Vaughn
Sydney is from Georgia. Deja is from Detroit. These two new dorm-mates cannot wait to start their freshman year together. That is, until Sydney decides to decorate their room with a little piece of 'Southern pride.' Now, all bets are off. 'Black Flag' is a biting new play about allegiance, censorship, and the price of honoring the past.

See it if You like variety. I loved the wittiness of Dark Clothes and the intensity of Queen. I didn't find Black Flag to be convincing.

Don't see it if You aren't willing to sit through one mediocre play in order to see two excellent ones.

See it if you can sit through two mediocre plays for the sake of a hilarious, playful third play. See this for "The Dark Clothes of Night."

Don't see it if you mind that two of the three plays are not fully formed. But, do see for the intelligent, funny, well acted and well written third play.

See it if for the thought-provoking play that starts the evening and the hilarious play that ends it.

Don't see it if you don't respond to corny dialogue and clever staging.

Don't see it if You don't like intense (and "controversial) topics: "Black Flag" and "Queen" dealt with serious issues. Both had its humor moments.

See it if see it for the 1st and 3rd plays. The first a well acted and written meditation on race, while the 3rd is a hilarious film noir send up.

Don't see it if you aren't able to overlook the second play "Queen", which is poorly written and acted. An uneven evening where the good triumphs the bad.

See it if You love short plays, don't mind seeing so-so plays for a reward of seeing one superb play (The Dark Clothes of Night )

Don't see it if You get disappointed by 1 or 2 plays that lack in writing, acting, or both - even if one play is a gem ( writing, wit, acting, story)

See it if you want efficient story telling in one act for 3 plays!

Don't see it if you want everything spelled out for you on stage. You'll need your thinking cap!

See it if You like short one acts and can live with variable quality.

Don't see it if You don't like short one acts and have high expectations.

"By the time things turn dizzily theatrical, in a noir-style romp called 'The Dark Clothes of Night,' the audience is well primed. This delicious little play is the third of three one-acts, and it’s the first that feels unmistakably like a work for the stage. Until then, the program is rather flat, particularly the first play, Idris Goodwin’s 'Black Flag'...In 'Queen,' 'the director, Victor Slezak, gets nice performances out of the actors, but there’s something inert about this genre piece."
Read more

“‘Black Flag:’ under Vaughn's direction, the crosscurrents of tension are always evident…'Queen:’ Dialogue that cuts to the heart, and Slezak's direction results in acutely sensitive performances…‘Dark Clothes:’ The playwright has a keen ear for both literary satire and interpersonal takedowns...Dinelaris keeps the pace light and lively...Series B does exactly what this fine program is meant to do, acting as a calling card for a bevy of creative talents, all of whom are worth looking out for."
Read more

“‘Black Flag:’ While the setup itself feels contrived, the play does a good job of exploring issues of racial insensitivity…The most tightly constructed, is ‘Queen’...This one ends ambiguously. But, really, the plot turn is less important than the well-honed portrait of disparate characters who come together through mutual loneliness and need…‘Dark Clothes:’ Filled with puns and sight gags that are often very funny, but it does drag on and eventually outstays its welcome.”
Read more

“‘The Dark Clothes of Night’, a brilliant parody/homage to film noir and hardboiled fiction, is so good it alone is worth the price of admission. The other two plays have interesting but undeveloped premises. But ‘The Dark Clothes of Night’ is an instant classic, a satire that is also a brilliantly theatrical study in paranoia, fear and evil. Directed by playwright Alexander Dinelaris, the three actors in this memorable short work play multiple roles with assurance, style and aplomb.”
Read more

"Now THIS is what I’m talkin’ about! 'Summer Shorts Series B' at 59E59 is a total shot in the arm and is not to be missed. The three plays here are a perfect example of how much you can pack into a few minutes on a stage. That would be A LOT…All in all this is a fabulous night of theatre. A soupçon of everything that is splendid about theatre, and a celebration of the wonder that is our New York Stage, and in particular 59E59."
Read more

“‘Black Flag:’ Goodwin does a good job of unstitching several complicated rhetorical threads in a short amount of time...The play somehow lacks emotional thrust…‘Queen’: Covers territory so well trodden it’s nearly hackneyed...Lollar and Tuzzolo root the play with believably extreme emotions that lend it an air of gravity and tension…“Dark Clothes:’ A complex, comedic and oddly moving send-up of film noir...Alfredo’s script is too smart and too nutty to be predictable.”
Read more

"In 'Black Flag' all three actors develop their characters with authenticity and, under Logan Vaughn’s direction, bring Mr. Goodwin’s script to a successful level of believability…'Queen' is a lightweight short play that never really makes it off the ground…In 'The Dark Clothes of Night' the film noire scenes are filled with period humor, double entendre, and enough sexism to last a lifetime. The whole endeavor seems endless and could be shortened by half."
Read more

“Although ‘Black Flag’ opens fertile ground for discussion it’s impossible to swallow its premise...'Queen’ has the markings of a film noir...but director Victor Slezak and lighting designer Greg Macpherson fail to create...the seedy ambience required...Film noir itself happens to be the lifeblood of “The Dark Clothes of Night,”...a mildly amusing spoof of hardboiled detective films of the 40s; its principal flaw...is that once we get the joke that's pretty much all there is.”
Read more