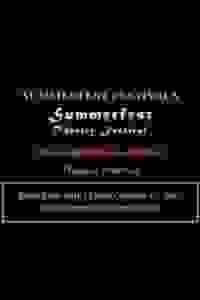 This three-month festival of new plays and musicals is also a competition, with cash prizes awarded in several categories. All shows have three performances and run between 5 and 90 minutes.

This year's fest includes: 'Bee,' a drama set in a small town in Newfoundland about a young, simple girl and her relationship with her father; 'July,'  a thriller in which two students go to a popular bar in Tokyo to blow off steam, but by morning, one is found murdered in her motel room; 'Oedipus but Better,' a comedy about a a small band of actors who, despite lacking time, money, and classical training, try to put on the best-ever production of Sophocles' seminal masterpiece; and many more. Visit the festival's official website for the complete lineup.