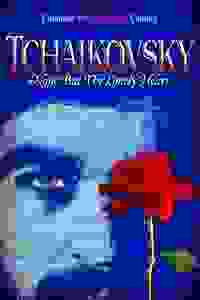 View in admin
Tchaikovsky: None But the Lonely Heart
NYC: Midtown W
81
Score it Scored!

Tchaikovsky: None But the Lonely Heart NYC Reviews and Tickets

The Ensemble for the Romantic Century explores Tchaikovsky's unique relationship with his patroness in a theatrical production featuring Piano Trio in A minor and some of his most moving songs.

In a strange relationship that lasted fourteen years and that was conducted exclusively through letters, Tchaikovsky and his patroness Nadezhda von Meck were united through the invincible power of a disembodied love in which they both found refuge. Plagued with doubts about the greatness of his music, tormented by the fear of discovery of his homosexuality, and trapped in a marriage to a woman who was eventually committed to an insane asylum, Tchaikovsky found in von Meck an “invisible angel.”

See it if you love the music of Tchaikovsky and want to learn more about his biography through his correspondence with Nadezhda von Meck.

See it if Enjoy chamber music and wish to have it presented in a different format by having a play written around it. Still absorbing letters.

Don't see it if Need a full story. The music does overshadow any acting/dialogue.

See it if Lovely concert within the historically based life of Tchaikovsky. Very talented cast of actors and musicians. A delightful evening.

Don't see it if Do no see if you are not a fan of classical musical.

Don't see it if you are expecting a play about Tchaikovsky's life. This felt more like a variation of "Love Letters" in between classical music pieces. Read more

See it if you would like to know more about Tchaikovsky and to hear many of his obscure pieces. Joey Slotnick is terrific in the title role.

Don't see it if You don't care about the composer, or if singing in Russian gets on your nerves. This piece was well worth the time and effort, however.

See it if Small and elegant, a story that touches the heart. Incredible musicians.

See it if you like chamber music concerts. This is one, based on Tchaikovsky's Trio and few other works. In between some actors read letters. Gets old

Don't see it if you're not into classical music, expect more of a traditional play, or dislike 'educational' theater.

See it if You want to see music, drama and dance in two acts. The music is great and thx tenor is a delight. Also the two actors reading do well

"A compelling play with music...Slotnick and Walker share the stage without actually talking directly to each other. The conceit largely works...Often the music interrupts the narrative flow, with Slotnick and Walker awkwardly trying to appear lost in deep thoughts...Despite these flaws, 'None but the Lonely Heart' makes us understand the enduring appeal of Tchaikovsky and von Meck’s story — and suggests their correspondence amounts to a spellbinding shared body of work."
Read more

"Chamber music has never been this sexy...Wolf has done a better job of making these letters dramatic than she did in 'Van Gogh's Ear'...It also helps to have two actors like Slotnick and Walker, who endow their body language with dynamic meaning during the extended musical passages...As in previous ERC shows, the musicians are the real knockout stars...Delightfully novel, completely unforgettable theatrical concert."
Read more

"The Ensemble for the Romantic Century and its executive artistic director Eve Wolf come as close as they have in their three productions this season at successfully realizing a creative mission of bringing together multiple art forms into a singular dramatic concert format...Slotnick and Walker handle their roles with charm, grace, and flair...More importantly, they both lean in and listen to the interspersed performances of Tchaikovsky's music by a first-rate trio at center stage."
Read more

"The audience hears the emotions expressed that Tchaikovsky and von Meck are only partially able to reveal. That the musicians are expert at their instruments means they prove Wolf’s implicit belief beyond questioning...Wolf may be making assumptions...As aided by the actors and musicians, under Donald T. Sanders’ direction—she’s goes a long way towards proving the familiar argument about how profoundly none but lonely hearts deal with their constricted experiences."
Read more

"The rather unemotional (but elegant) reading of their letters by Joey Slotnick as Tchaikovsky and Shorey Walker as Mme. Von Meck in period costume...(and looking exactly like photographs of the two) is a shorthand for their relationships as we get only snippets of what was a 1,200 letter correspondence, leaving tremendous gaps in chronology. While Tchaikovsky refers to his 'secret' (i.e. his homosexuality) in his letters to her, he never actually tells her this defining trait in his life."
Read more

"While von Meck is most effectively portrayed by Shorey Walker, she had far less with which to work than did her splendid male counterpart, Joey Slotnick...Donald T Sanders was the superb director...Daniel Mantei was the exquisite dancer...As to the music: Most of the choices were more fitting for a chamber concert at Juilliard than for a theatrical-musical biography of arguably Russia’s greatest and most versatile composer."
Read more

"Will be prized by aficionados of classical music…A play…only by the loosest definition, at least three quarters of its two acts being a concert by three remarkably gifted musicians… Tchaikovsky and von Meck act out their letters…by looking anywhere but at each other, since the essence of their relationship was that they never actually met…With so much…virtuosity on display, flowery words spoken by merely ordinary actors are bound to sound more banal than when read silently to oneself."
Read more

"Dancer Mantei ably executes a few numbers he choreographed for the postage-stamp size stage, but I was too concerned about the possibility of injury dancing in such a tight space to fully enjoy his contribution...The direction by Sanders is fluid...The very idea of playing it in sections and reading letters between variations in its second movement would normally enrage me, but somehow it works here...If you are a Tchaikovsky fan, you will find much to enjoy; if not, this is not for you."
Read more