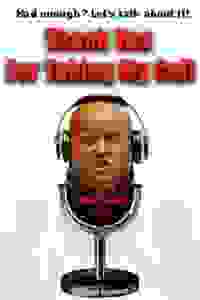 Thank You For Taking My Call

A selfish, abrasive black talk show host battles two white co-workers and his conservative callers and then undergoes a transformation when he learns his female coworker is stuck in an abusive relationship. More…

Note: The theater and restrooms are located on the third floor of a walk-up building. The building does not have an elevator.

See it if You know someone in the cast. Most give a pretty good performance Ben though their material is contrived and unbelievable.

Don't see it if You’re hoping for a smart balanced statement on our political and/or social landscape of today.

Also This show had a lot of potential, unfortunately the script was completely unbelievable and characters never did or said or acted in any way that seemed to me to be the way people would actually act or react. A swing and a miss.... Read more Read less

See it if A talk radio play that is political and contrite. It needs more work to make it good. Some good points too it and some good acting.

Don't see it if If you want a play that's good from start to finish.

See it if you'd enjoy watching radio hosts and their incompetent general manager deal with the issues of the day, conservative, liberal, sexism, etc.

Don't see it if you want a solid presentation. This is a step above workshop level and needs some refinement of the script and could use a better set.

Helpful?
View in admin Edit
R
Robbie
New York City
Male
423 reviews
Get Alerts Alerts On Alerts Off
10
A play that does not have a future life, Amateurish, Slow, Boring
September 25th, 2019

See it if you want to see a bad play, bad acting, and bad directing.

Don't see it if you have other choices on your list. This is for those who love amateur theatre.

Don't see it if This play is all over the place. It tries to do way too much but doesn’t really accomplish anything

Also The main issue is the length of the play. It’s right around two hours and 15 minutes. There’s no way it should be that long. needs a major edit. The theater was extremely uncomfortable. It was way too hot and you could hear loud music outside the theater for the first 15 minutes of the show on opening night. I understand that all of these issues are important but I don’t think they should have tried to tackle all of them. They should’ve just focused on one and gave it the attention that it needed. There were so many holes in the plot. Why would the owner of the station continue to employ his son-in-law after he missed treated his own daughter? The owner was hands off the entire play and let his son-in-law make all the decisions. But then in the end he stepped in and it’s not clear why he did this.... Read more Read less

See it if You have a lot of time on your hands. Yo-yos all over the place.

Don't see it if You don’t have the patience for 2.5 hours of a bad script.

See it if you want to observe radio talk show hosts behind the scenes and enjoy ridiculing and lecturing Conservatives, especially Trump supporters

Don't see it if you are a Conservative Trump supporter and are uncomfortable being the brunt of the jokes, or are upset by sexual harassment at work

See it if You Want to take a look at the current political climate in the US from a talk radio prospective. The play’s premise is interesting.

Don't see it if This is a workshop piece that needs work. The script and stage direction was a bit disjointed.

Don't see it if You like show that are done on a large scale with full sets and costumes.

See it if Honestly, I’m glad I didn’t go (or not go) based on the “Show-Score” average; it was actually quite good. The acting, especially the “Raheem

Don't see it if Reynolds” character, was quite good. The main acting issue was the lowness of the British actress’s tone, especially with the AC on, but,

Also Overall, this small black box theatre 🎭 play hit the points of racism, Trump, politics, domestic violence , #MeToo, pay equality, immigration, gun control, etc. This seems like a lot in 2 hours, but, because of the radio 📻 show format- it worked. It’s obviously anti-Trump, however, there are -(voiceover) callers, who are pro-Trump, so it’s not just one-sides and too preachy.... Read more Read less

See it if you are interested in seeing a work in progress. This is not finished but it is so topical that I'm not sure it will have a further life

See it if If you can stay with a slow moving story about uninteresting people that suddenly turns around because of an abused woman, you might like it

Don't see it if If you are put off by dreadfully amateurish acting and a plodding story this will have you running for the exit.

See it if you appreciate the monstrosity and narcissism of people who call into talk radio shows, you enjoy a good story with a satisfying ending

Don't see it if you're a gun totin' sociopath

See it if You're very patient and willing to see a play that has a long way to go to being presentable.

Don't see it if It references domestic violence, sexual harassment and the current political situation, but doesn't satisfactorily deal with any of them.

See it if you are interested in talk radio

See it if If you want to see a rivalry between two people change when one of the people has a most difficult problem to contend with.A new dynamic

Don't see it if if you want a big stage production.

Also appears between the two rivals.

See it if I enjoyed the character development in this play and the humor and joy brought to the stage. A story with a happy ending.

Don't see it if This play is disappointed me with how “simply” they resolved the conflicts. It needs to deal with the complexity of life - not simplify it.

See it if You like anti-trump banter, small productions with a wonderful female lead. I hope to see her in another play.

Don't see it if You like large productions with decent sets. You saw the stage drape open and the door to the venue opened often letting in bright light.

Also Play could have been 1/2 hour shorter. Loved the female lead.

41 reviews
Get Alerts Alerts On Alerts Off
65
A trite plot that has nothing new or compelling to say about the topics it takes on., Some good acting
September 20th, 2019

See it if A play about talk radio, politics and sexual harassment that attempts to take on a lot of today’s important issues. Some good acting.

Don't see it if if you’re a Trump supporter and/or sexual harassment at work (or anywhere, for that matter) is triggering.

Also I enjoyed most of the acting and much of the dialogue wasn’t bad, but the play just didn’t amount to much and I would say that you can pass on this one. I wouldn’t mind seeing 3 out of the 4 actors in a better vehicle than this earnest but tepid and uninspired piece. This play seemed mostly like an excuse for the author to get some things off his chest, but there was nothing new or particularly interesting about what he had to say.... Read more Read less

See it if You have the patience for a long production featuring political talk radio sparring.

Don't see it if You have a short attention span.

See it if Interested in seeing a play that needs more development.

Don't see it if You're looking to be challenged, entertained, stretched.

See it if ........ only because it does touch on topics that are relevant.

Don't see it if You want intense depiction of those topics. The timing between actors seemed a bit off.

10 reviews
Get Alerts Alerts On Alerts Off
26
Disappointing
September 15th, 2019

See it if You don’t mind a problematic screen play. It was jumpy at points and the plot weak.

Don't see it if You dislike plays that are too long, and that try too hard, and that are poorly written.

See it if You like to address difficult issues going on in today's America.

Don't see it if You support Trump.

“Thank You For Taking My Call” hasn't been reviewed by any Critics (yet!)