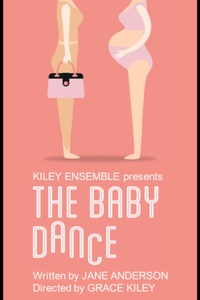 Occasionally funny but never easy, this 1991 drama explores class, motherhood, prejudice, loss, and the ways that our dreams and expectations serve both to bring us together and tear us apart. More…

Set during an oppressively hot summer in the Deep South, 'The Baby Dance' is the story of two couples: a well-off California husband and wife who have everything except a baby, and the struggling Louisiana parents who've agreed to give them for adoption their soon-to-be-born fifth child. What seems to be a mutually beneficial arrangement turns out to be a powder keg of emotion - resentment, forgiveness, love, and self-doubt.

Wish I Could See Them All
Syosset
50-64 | Male
671 reviews
Get Alerts Alerts On Alerts Off
80
Thought-provoking, Relevant, Sad, Disturbing, Insightful
January 20th, 2018

Don't see it if You want an uplifting experience. The first 2/3 of the play is better than the last 1/3. The weighty issues keep piling on.

See it if you love strong acting, or impeccable directing, or productions that create a maximal theater experience with a minimum of means.

Don't see it if you don't want to be confronted with the common humanity of people who live very differently than you, people you might even look down upon.

Also This play is more than 25 years old. I don't want to strain too hard to make a case for its relevance for today. But at this moment of extreme divide in the US between red & blue states, I admire this production of the play for both its human insight & for its "politics". There are 4 major characters, 2 married couples, one having a child, the other planning to adopt that child, one typically red state, the other typically blue state. None of them is close to a saint. Yet this play (& production) finds a way to give them all their say, &, despite their momentary selfishness & blindness to their own significant flaws, to make a strong case for each one as a loving, caring human being. (The 5th character, played with humor & admirable equanimity, is that very rare thing, a stage lawyer you don't hate because, in his way, he’s a real mensch.) Thanks to all the actors for their nuanced performances, & to director Grace Kiley for drawing them out!... Read more Read less

See it if You want to see a play that deals with a struggling family looking to give up their unborn child to make money.

Also This is a very well written play and even though it is almost 30 years old it is still very relevant today. Most of the issues that I have with this production involve technical things. Other than the writing of the play there’s nothing great about it. The acting is all pretty balanced and above average. The major issue I have are with the long drawn out set changes. With a few slight changes this play could go from above average to really good but I don’t see that happening during this run based upon what they seem to have to work with... Read more Read less

See it if A story about the haves and the have nots, except in this play those definitions swing back and forth between the couples !

Don't see it if You have no interest in domestic drama. The title might make you think this is a rollicking comedy. It most definitely is not that !

Also I saw this play when it premiered in New York in 1991. I found it gripping and gut-wrenching then; I still do. The subject is now even more timely than it was 27 years ago !... Read more Read less

See it if you think people want kids for the wrong reasons; admit if you could choose your kids your choices would reveal unflattering things about u

Also Things get cooking in act 2. The class conflict gets a lot of airtime in act 1 but IMO it’s a red herring. When an issue comes up that money can’t fix, the characters’ decisions make a much more interesting point about the (rather selfish) motives of parenthood and the conditions under which love can be freely given.

Structure, style, and dialog reminded me of Torben Betts’ Invincible—except The Baby Dance is more compassionate and not as boring and haughty as Invincible. I didn’t fall in love w/ the characters but liked that they all had a genuine good side and a hypocritical bad side.

Well performed but not a seamless production. I second what others have said about the long scene changes that mess w/ the pacing.

Don't see it if You are not interested in motherhood, adoption, those that have and those that do not and what can happen during an adoption process.

Also Very touching, emotional, funny and well performed performance. I enjoyed this story. Very believable. Please do not get distracted by the changing of the sets because this is a small theater space with a lot going on and it works. It's theater magic. Just sit back and enjoy.... Read more Read less

See it if You have a friend in the show.

Don't see it if You want something beyond a scene study performance.

See it if you can be impartial to tough topic of poverty vs privilege & related stereotypes; earnest cast gives nuance to complicated, fragile souls.

Don't see it if you need high-scale production or setting; it's a tiny theatre—minimal set, changes in the open, by cast; you chafe at aspects of adoption.

Also Hard to believe I saw the '91 production at the Lucille Lortel Theater & that the issues and their many facets are as fraught and as vital to contemplate as ever.... Read more Read less

Don't see it if Adoption, economic stereotypes , and tough choices trigger you

See it if you enjoy a play that makes you think about your own prejudices and differences of class.

Don't see it if you aren't interested in exploring the hidden prejudices that we all harbor.

Also This is a well written play that delves deep into class distinctions that we never admit exist. A classic southern red-neck couple are dealing with a classic New York upper middle class white family. Lots of soul searching on both sides. It is quite interesting to watch how the situation evolves.... Read more Read less

See it if You find the subject compelling and don’t mind muddled storytelling that poor direction doesn’t help.

Don't see it if If you expect Broadway caliber production values and performances.

Also Be aware if you attend, the show is not in The Players Theatre, but in a third story space accessed by a Door next to the theater.... Read more Read less

See it if You like supporting theatre and enjoy good writing and acting.

Don't see it if You're bothered by truthful dilemmas between classes involving babies. You don't like tiny theatres. You're expecting big and lavish B'way

Also FYI the entrance to the Players Theatre is not under the marquee -but in the little door next to it- you have to walk up 2 flights of stairs. Follow the signs inside.... Read more Read less

See it if Soars high with the two lead actresses while juggling between many unfortunate sides of a surrogacy.

Don't see it if Transition needs improvement as few have already mentioned. Acting can feel uneven at times. This may make you tear up a little

Also Reminded me of This Is Us

See it if Like the idea, of being a surrogate mother. Carrying some else child.

Don't see it if Can't stand the mistreatment of a child, if they don't add up to your standards.

See it if Like slow moving shows. Actors were good but storyline and some issues were unnecessary

See it if You enjoy thought provoking dramas that delve into issues surrounding adoption and class differences.

Don't see it if You prefer light entertainment that doesn't make you think.

See it if you like intimate dramas and are interested in class divides. The female leads are both touching.

Don't see it if you need energy in your theater. The staging was awkward with lots of distracting leaden "business" for the actors to do

See it if You don’t mind bare-bones productions with some good performances.

Don't see it if You want fast-paced, action-packed plays.

See it if You want to spur conversation about designer babies, the commodification of childbirth, poverty, etc.

Don't see it if You want an evening of light-hearted entertainment; Solid cast but the staging is a bit slow

See it if You want to something thought provoking.

See it if You're interested in family drama and an older show that's still relevant to today. You like small cast shows in small black box facilities.

Don't see it if You'll be overly annoyed or distracted by somewhat uneven acting (some great, most okay) or long and awkward scene changes and sound effects

See it if you enjoy social drame

See it if You like plays about the injustices life; from financial inequality to infertility. It is the human predicament, and so difficult to accept

Don't see it if You want to see a feel good play where everything works out at the end. Not for Children.

Also Excellent acting with compassion and
Humor. Anyone that has experienced either the humiliation and despair of poverty or infertility can relate.
... Read more Read less

See it if you want to think about life

Don't see it if are looking for fluff

Also Saw this show with Stephanie Zimbalist at its premier at Long Wharf (New Haven) -- was one of the most powerful shows I had ever seen -- this is fine -- but not as powerful as the original production!... Read more Read less

“The Baby Dance” hasn't been reviewed by any Critics (yet!) 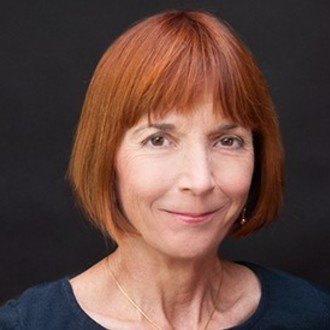 Jane Anderson
Playwright
Get Alerts Alerts On Alerts Off 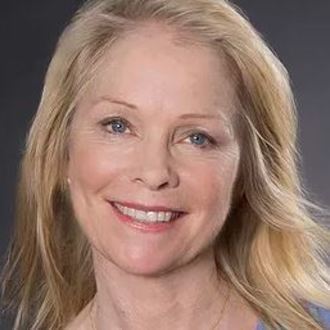 Grace Kiley
Director
Get Alerts Alerts On Alerts Off 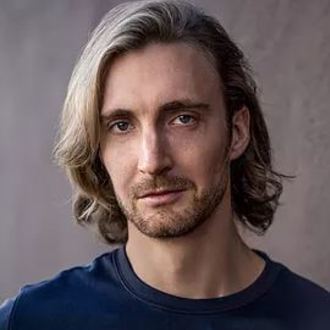 Colin Campbell (II)
Al
Get Alerts Alerts On Alerts Off 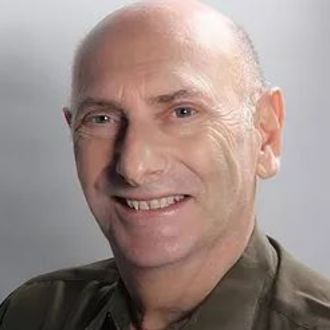 Stanley Katz
Ron
Get Alerts Alerts On Alerts Off 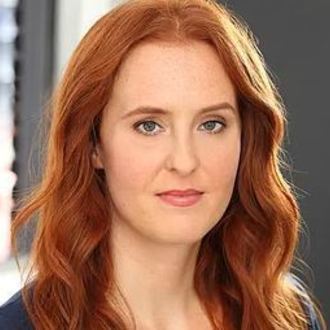 Janine Mills
Wanda
Get Alerts Alerts On Alerts Off 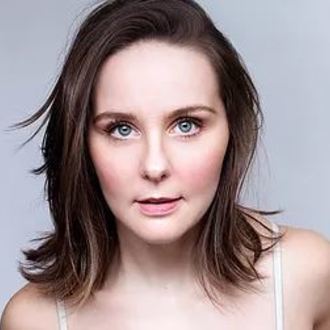 Alexis Mundy
Rachel
Get Alerts Alerts On Alerts Off 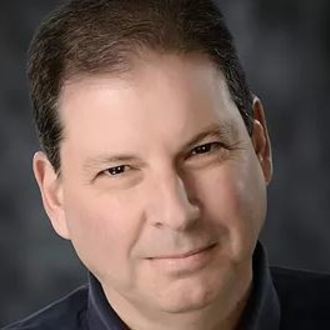 Mark Pinals
Richard
Get Alerts Alerts On Alerts Off