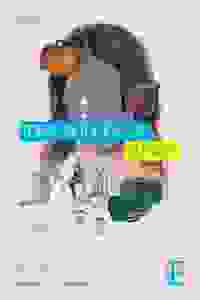 59E59 and the Adjusted Realists present this reinvention of a classic ancient Greek play with a sharply contemporary celebration of its powerful heroine returning home to settle the score.

Good news: you actually can bring the love of your life back from the dead. Bad news: breakfast the next morning is really awkward. When it comes to the unexpected resurrection of his beloved wife Alcestis, King Admetos learns the hard way that the aftermath of a miracle ain't as peachy as we might assume.

Don't see it if you don’t appreciate a lot of sass without a lot of clarity, don't like watching works in progress Read more

See it if You have a thing for Greek mythology, are down to wrestle w/ thorny questions of identity & life-vs-death, wanna see fun portrayal of Death

Don't see it if Shoddy acting choices will bother you, you want compelling lead performances

“Indulgently quirky...There's nothing wrong with riffing on a classic, but this reimagining values effects over coherence...Anchoring all the whimsy is Zafiropoulos as Alcestis...Forces ancient characters into a world of cheap sushi and Norton anthologies....'The Briefly Dead' is messy...As Alcestis herself says, 'Drag me back from the grave, and you're gonna get some dirt.' In this case, it's actually Zafiropoulos as Alcestis who's immaculate and the rest of the show that needs cleaning up."
Read more

"This reimagined Greek tragedy has clever modern touches that create an original theatrical experience...The cast completely captures the mood and the intensity...'The Briefly Dead' uses an inventive mix of live actors, shadow puppets, and music. It is an entrancing show, an unconventional story that is well suited to the 59E59 Theater's intimate performance space."
Read more

“There's very little at stake...Adding to the difficulty, ‘The Briefly Dead’ is situated in a kind of temporal halfway house in which Greek royalty and supernatural events cohabit with sushi-dinner dates, television broadcasts, and the poems of Plath...The characters gifted neither with heroic stature nor the telling details that would give them psychological shading. Kaliski's dialogue never casts a spell, lacking as it does both the heft of tragedy and a cutting, contemporary wit."
Read more

"The existing narrative helps provide a rough idea of the story, but is not enough to ground the play, which is constructed out of numerous scattered scenes that lack a clear connective thread…With its noticeable merits and tentative intentions of making Alcestis into an acerbic satire of a present day certain something, 'The Briefly Dead' seems to falter from having one too many ideas. Yet I do hope there’s more life to the play…It still has the potential to thrive."
Read more

"The play's uneven style, its confusing, episodic narrative, its thematic vagueness, its unconvincing, meandering dialogue, its feeble humor, and its jumpy, episodic structure…Ostler's direction…gives the play some distinctively theatrical moments…but the play's structural issues aren't helped by her frequently lethargic pacing and lack of dramatic thrust…The writing's many distractingly unclear features…suggest they derive more from arbitrary choices than carefully thought-out ones."
Read more

“Though the ideas displayed in this piece are interesting, they are not executed well. The actors all seem in different plays...The writing is broken up into numerous scenes, so that we never get to the heart and the soul of what the writer wants us to know. It is also confusing when the show breaks into rock numbers for no reason. The Adjusted Realists is a company to watch, but they need to fine-tune their storytelling.”
Read more

“A riveting debut by writer Stephen Kaliski and Director Elizabeth Ostler...This modernized take of a Greek classic is refreshing and incredibly thought-provoking...’The Briefly Dead’ is filled with analysis on what makes a person a person...Each cast member shines as their Greek figures...In a time when feelings can seem more important than facts, ‘The Briefly Dead’ is a confrontation over how we see the truths of our lives.”
Read more